How I Know: The O’Hare RHA Are All Yankee Fans

How I Know: The O’Hare RHA Are All Yankee Fans

This week, I found out that the O'Hare RHA board are suckers for the Yanks. 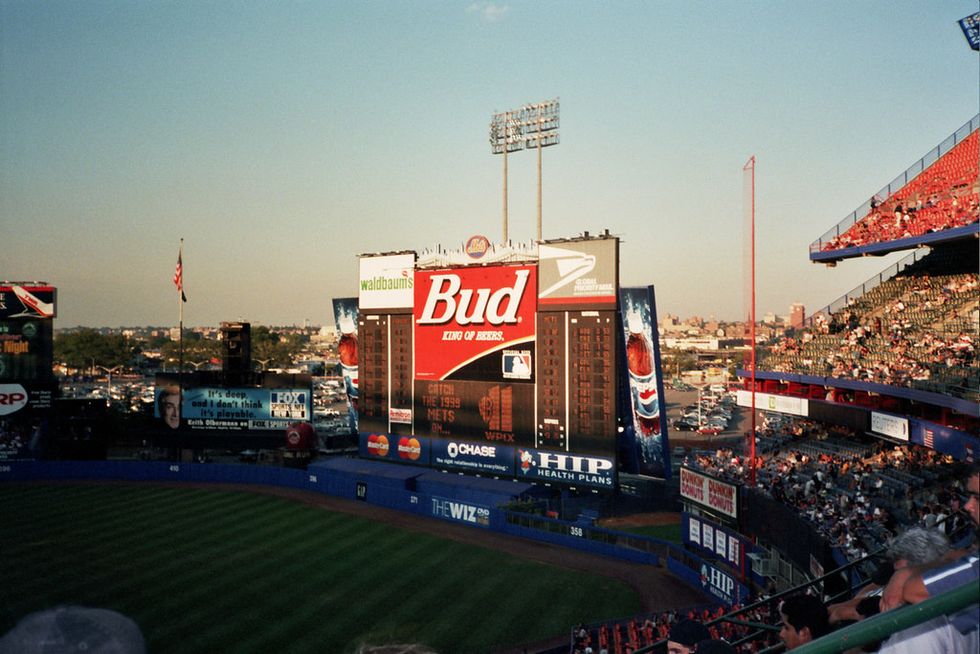 This is a chant that has rung through Citi Field this year, as my Metsies eternally struggle for a National League wild card spot. As Pete Alonso hits 50 home runs, setting the Mets and NL rookie record. As Marcus Stroman strikes out the side. As Jacob deGrom is as deGrominant as ever. As Michael Conforto comes up clutch.

We've seen this before. In 2015, four short years ago, the Mets made a magical run into the playoffs, beating the Dodgers after Chase Utley (bastard he is) broke poor Reuben Tejada's leg. Daniel Murphy went off (the TRUE Mr. November) and we soared past the Cubs in four. Harvey, DeGrom, Syndergaard, and Matz. Colon and Clippard followed in the middle innings. Familia was trash, as usual. In the Series, we lost to the Kansas City freaking Royals in 5. What a shame. I stayed up late and didn't do my World Religions homework. It was so worth it, even to watch them lose.

In 2012, Cy Dickey and Johan Santana gave Met fans some pitching to watch. R.A. Dickey won the Cy, the first Met pitcher to do so in a long while, and Santana pitched the first no-hitter in Mets history. Legendary.

In 2006, Met fans jumped out of seats and couches as Endy Chavez went over Shea Stadium's right field wall to rob a home run from the Cardinals' Scott ­­­Rowland. Our hearts were thereafter broken when Carlos Beltran struck out looking in Game 6 of the NLCS. Battered, we moved on.

In 2004, we drafted David Wright, our Captain and star third baseman. Mike Piazza was still playing, and the Mets were just getting good again. Beltran and Wright, Reyes and John Franco. Fun times.

9/21/01. The greatest play in baseball history made by the greatest catcher of all time. Mike Piazza hit a home run to put the Mets up 3-2 against the Braves. An eruption of cheers ensued. Cue Piazza wearing an NYPD helmet, Shea going bonkers, and a city united.

In 1999, Robin Ventura hit the famous grand slam single in the NLDS. The Mets didn't make the Series that year, but what a ride it was.

In 1986, Mookie Wilson had an incredible at—bat versus Red Sox closer Bob Stanley in game 6 of the World Series, a game the Mets were destined to lose. Tied in the bottom of the 10th, Mookie fouled another ball off before he hit a "little roller up along first…BEHIND THE BAG! It gets through Buckner! Here comes Knight and the METS WIN IT!" One of the most famous calls of all time. Good going, Vin Scully. The Mets forced game 7 and Jesse Orosco put the game away in the 9th. "Got him!" yelled Scully. The Mets were World Champions.

In 1985, sophomore pitcher Dwight Gooden (nicknamed Doctor K) struck out 300+ and had one of the best statistical pitching seasons in baseball history. Straw and Mex were coked up, and Gary Carter was his usual, cheery self. Unfortunately, the Mets lost out to the Royals on a 'Series championship. Oh well, there's always next year!

In 1983, young rookie Darryl Strawberry came to the Mets, and quickly became a fan favorite. We got Carter the next year from the Expos, and Dwight Gooden would be drafted in the same year also.

This is just some of our fantastic history.

Which was all ERASED by one of the O'Hare RA's, claiming the "F" in LFGM was inappropriate to hang upon my window. Disgusted, I took it down, and now it just looks silly. Can't say it isn't like our 2019 season, though. There's always next year!