The band talks going on tour this summer, new album and what's in store for us all next. 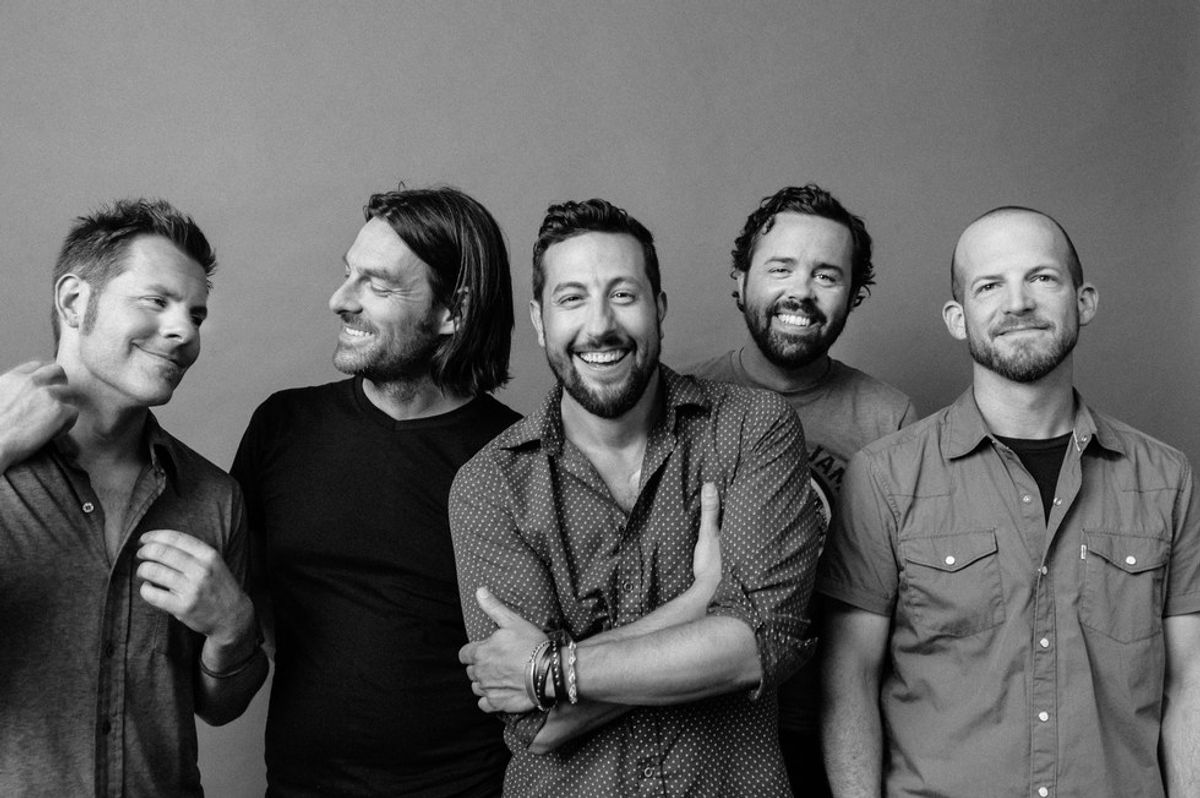 It was just a few weeks ago that Old Dominion played on the Mane Stage at Stagecoach for the first time, delivering a matchless performance. Just hours after stepping off the Stagecoach stage, they took home the American Country Countdown Award for Breakthrough Group/Duo of the Year, bringing an end to a groundbreaking night that would only be the start of their award-winning journey.

“It’s just amazing that we’re being included in this world; it’s all so new,” the band said. “You work for so long just playing as a band just playing to nobody, and then all of a sudden you have a hit and people know who you are and you’re being nominated for awards. You’re being recognized by your peers and fans and radio; it means a lot to us, it really does, and it’s very validating that we’re getting recognized for the years and years and years of hard work that we’ve put into this. It gives us a little boost to keep going.”

Earlier this year, they also took home awards for Academy of Country Music’s Best New Vocal Duo/Group, while also winning an Association of Independent Music Publisher Award for Artist/Writer of the Year.

What started out as a small, five-man Nashville-formed group, turned into an internationally renowned band of award-winning singer-songwriters. From the very beginning, there was always an innate bond between the guys that truly brought Old Dominion together.

“It was a natural thing, we were just all friends before,” the band said. “We were all playing in Virginia and then we moved to Nashville, and then Trevor started writing a bunch of songs. We moved there individually; but, we were all friends there, so you end up hanging out with the friends that you know and playin’ music with ‘em just to play music and write songs.

"We just kind of formed into a thing where suddenly we were playin’ shows and touring to make a little extra money, and just kept building and building and building with our songwriting success, and people started coming to see us play. Eventually, we thought, ‘we kind of have something here, so let’s see how far we can take it.’”

These Virginia natives are taking their music to the next level and are continuing to stun us all. Last year, the guys went on tour with country icon, Kenny Chesney, and are rejoining him again out on stage this summer with Chesney’s 2016 Spread the Love tour.

“Those shows are just so much fun; it’s like a big party," said Old Dominion. “I think we’re most excited for the smaller ones. It’s funny to say smaller because they’re still in arenas, but we get a longer set. We get to play for 50 minutes, and it’s just us and him [Kenny Chesney]. To have that chance and have his audience for that long is going to be pretty invaluable.”

Amidst their tour travels last year, Old Dominion released their debut album, “Meat and Candy,” last November, which was immediately famed upon release.

“We have written songs for years, naturally, so we’ve written thousands of songs, so this is just a collection of our favorites,” the band admits. “There are songs that are fun; there’s a pretty varied mix. We have a lot of various influences and backgrounds, so it’s really a collection of everything we’ve ever liked and sort of put into our songwriting. We tried to make an album where there wasn’t one skippable song, so that was really our goal when we started making it. We’re really proud of the album.”

“Break Up With Him,” one of the album's’ most notable songs and Old Dominion’s first single, reached No. 1 two weeks in a row on the Billboard/BDS Country Airplay chart, in addition to reaching the No. 1 position on the Country Aircheck/Mediabase Country chart.

“That one started at a soundcheck,” the band said. “We were sort of noodling around on our instruments getting ready to do sound check and start playin’ that groove. It sounded cool, and one of us held our phone up and recorded it, and sort of had the music down. That was back when we were still in a band and we didn’t have our bus yet.

“We had long drives, and later that night we were on our way to Myrtle Beach, and Matt had the idea for a one-sided phone conversation. A few days later, later that week, we were out rehearsing at a friends’ cabin; brought that song back up and all finished it together. That was a little unconventional the way we wrote that one, but we’re proud of it and excited that we all five got a hand in writin’ it. It was our first big hit, so it was a really cool thing for us.”

It’s been a crazy couple of years for Old Dominion, but chart-topping albums are just the beginning for the talented group.

“We just want to keep growin’ this thing,” the band said. “It’s been a crazy two years just to see how fast things are growing, and we were saying earlier that we keep finding ourselves in situations where it’s obvious that this thing has grown so fast that it’s hard to keep up with it. We like that feeling of showing up to places where we’re playing and people are questioning why we’re playing so early, or why we’re playing before this act.

“We just like the fact that people are wondering why we’re playing this little bar. We like the fact that we have a bigger perception than where we are at that point in time, so if we can kind of keep fast growth going and get it to kind of snowball again, we would like that. The bigger the better.”

Whatever is next for the Old Dominion, we know that what they’ll bring to the table will be nothing shy of another record-breaking smash hit.
Report this Content
This article has not been reviewed by Odyssey HQ and solely reflects the ideas and opinions of the creator.