​No, The Alt-Right Aren’t Nazis

​No, The Alt-Right Aren’t Nazis 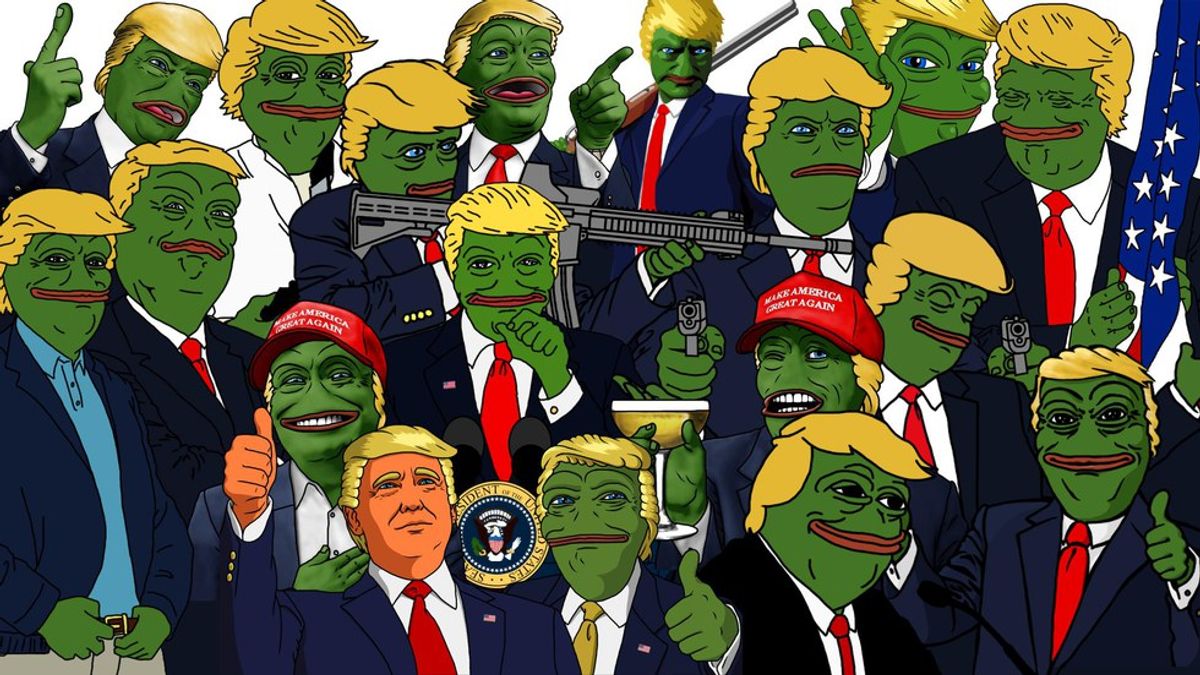 The political subgroup known as the “alt-right” have been getting increasingly more press at 2016 wends along its nightmarish path, and recently it’s taken the form of arguing over whether we call them by the name they have given themselves, the alt-right, or by other names designed to point out their disagreeable political beliefs, such as “Nazi” or “white supremacist.” Many people claim that calling them the alt-right is putting a polite veneer over the truth of the matter, which is that most of the alt-right is anything but polite. Briefly, if you’re not familiar, the alt-right is a loosely-organized group of predominately online spokespeople who have advocated for anti-immigration, anti-POC, anti-women, and anti-queer policies. White supremacists, men’s rights activists, and other fringe groups have coalesced into an amorphous but distinguishable group calling itself the alt-right, whose main tactics are aggressive trolling and demagoguery. Full of righteous fire, my liberal compatriots have decided not to deign to call them by their chosen name, but name them Nazis.

The Nazi party, as it was in Germany and as it still exists in isolated places, has specific and historically relevant goals, not all of whom are shared by the alt-right movement. The protection of the white race and the suppression of people who are “less desirable” is certain a commonality of the Nazi party and aspects of the alt-right movement. But it restricts our understanding of the alt-right to our predetermined understanding of the Nazis. The alt-right isn’t Nazis, it’s so much more. It is not only concerned with the fate of whiteness, but with the American political climate as it stands in 2016. It is a reaction to liberal elitism, political correctness, identity politics, Washington deadlock, and the sudden advances of civil rights for women and queer people. Its techniques, including memes, hyperbole and irony, social media outrage, and trolling, are born of the 21st century and cannot be fought by simply labeling them Nazis. The alt-right is larger than the Nazi party, more complicated. They can slither out from under the outdated label and continue their work, because it is not an accurate label.

Some people are concerned that if we call this movement by the bland name of alt-right, we will normalize it, make their ideas seem acceptable. But poisonous ideas almost always come in bland packages. It should not be necessary for us to rename the movement to understand what it stands for. We don’t need to redefine old words. We simply need to say, very well, if you call yourselves the alt-right, now we know that “alt-right” is a word that means your particular brand of hateful ideology. It might feel good to say Nazi or fascist or white supremacist instead, because it conveys instantly the dislike we have for their opinions. But this is dually impractical: it misleads people as to the true breadth of the alt-right’s ideas; and it allows members of the alt-right not to feel implicated, since they do not identify as Nazis. It satisfies only our own emotional instincts, and changes nothing.

Would-be liberal change makers must understand that rebranding someone else never works to change them. Calling someone a Nazi or white supremacist cuts off channels of communication, both to members of the alt-right and to uncommitted bystanders. Furthermore, it allows us to pretend that we already understand the alt-right and their goals, when in reality the alt-right is multifaceted and disorganized, necessitating a variety of approaches to dislodge.

If you'd like to find out more about the alt-right, I recommend this fairly comprehensive guide written by a member of the alt-right itself. Trigger warnings for just about everything, though, especially anti-Semitism.