It's Been A Year Now, But I Still Miss You Just As Much

It's Been A Year Without You Now, But I Guess You Never Really Stop Missing Loved Ones

You never expect cancer to happen to you. 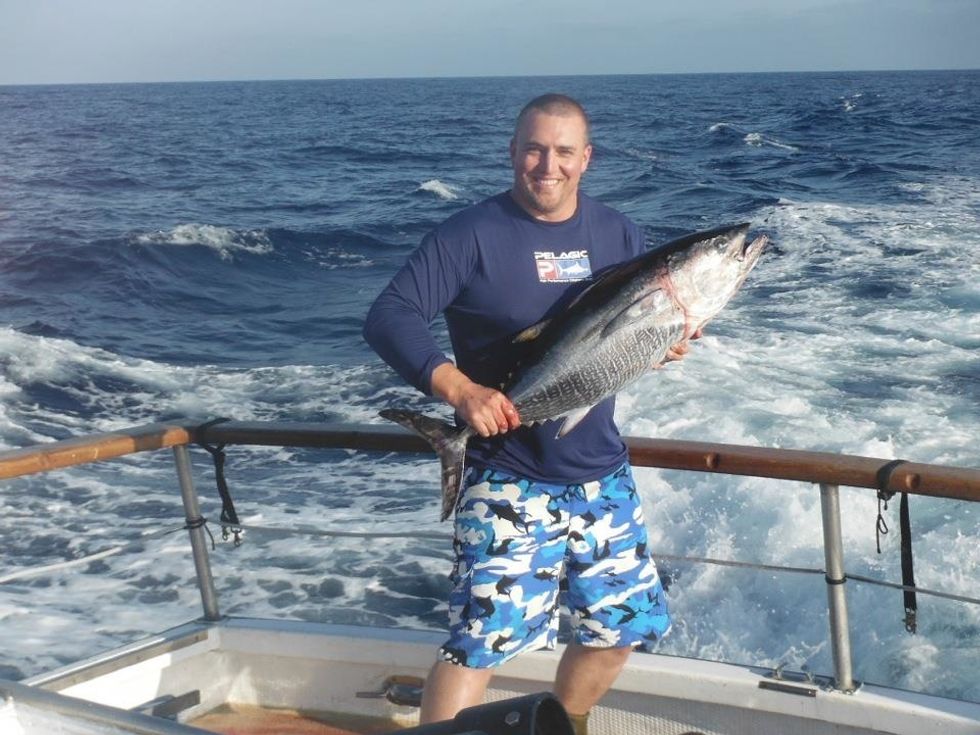 It's hard to think of someone that was once part of your life as being in the past. My Uncle Toby had always been a part of my life, from the time I was two until I was almost 20. Everyone that came into contact with Toby formed a special relationship, but I'd like to think I was blessed enough to form one of the best relationships.

It only took 10 days for our family to be torn apart. Ten days from the time we found out he had cancer until he died. Toby was a healthy, active man; I'm still so angry with the doctors if they would have done their job maybe this could have been prevented. When we first found out, my dad would call me just to tell me how sad he was, and that the office felt so empty without him. It didn't hit me that Toby was sick until I got a call in the middle of the day from my dad. Up until this point, my dad didn't just call me unless there was a reason. I remember I was on my way to my last two classes on a Monday and my dad called me with a clear knot in his throat.

He had been texting me earlier that day about how Toby had been hospitalized so I knew the news wouldn't be good. He told me that Toby wasn't going to make it through the day, so I turned around, ran home, and bought a plane ticket to go see him. I've never seen Toby without a smile, but seeing him in the hospital bed, not able to breathe on his own, attached to machines was the hardest thing I've ever had to witness. His blue eyes were still as bright as ever, but there wasn't anyone behind them. I will forever cherish that he held on long enough for me to come see him, that I got to say goodbye before he couldn't hear me.

Toby was a part of my family. You would have never known that he wasn't blood-related. When I was two, Toby got married and had me join the wedding. If you were to ever ask him about it, he would've teared up telling you about how he swung me around the dance floor before he even danced with his wife. I was his baby before he had a baby, and I always had a special place in his heart and he loved me like I was his own. Toby was at every event and would introduce himself as our uncle, which is how we would then introduce him. At my graduation party, he introduced himself to my best friend as Uncle Toby and then nearly cried telling her about the first time he held me.

Toby was the kind of person I wanted to marry. He was actually the first person I had a crush on. When I was four or five, I would tell my mom that I wanted to marry Toby and they would tease me about it. As I got older, Toby had the characteristics of someone that I actually want to marry. He would do the nicest things for his wife, just the smallest things meant so much. My dad said he would spend so much time on their business trips calling his wife and kids just because he missed being away from them for any time. He was an amazing father to his three kids, he always supported them and was proud of everything they accomplished.

A year has already passed by, and it still hurts every time I think about him. It's still hard to fathom, where do we go from here? The world is still without a husband, a father, a friend, a business partner, an uncle and a great man. We've lost such an important person and didn't have time to prepare ourselves for it. However, I think the only way we can go on from this is to live by Toby's motto: God, family, country. Everything he did was for one of those three things, and if we all do the same then we can all make lasting impressions like our friend Toby.