A diverse cast, a crazy storyline, and an authentic depiction of Indian culture. 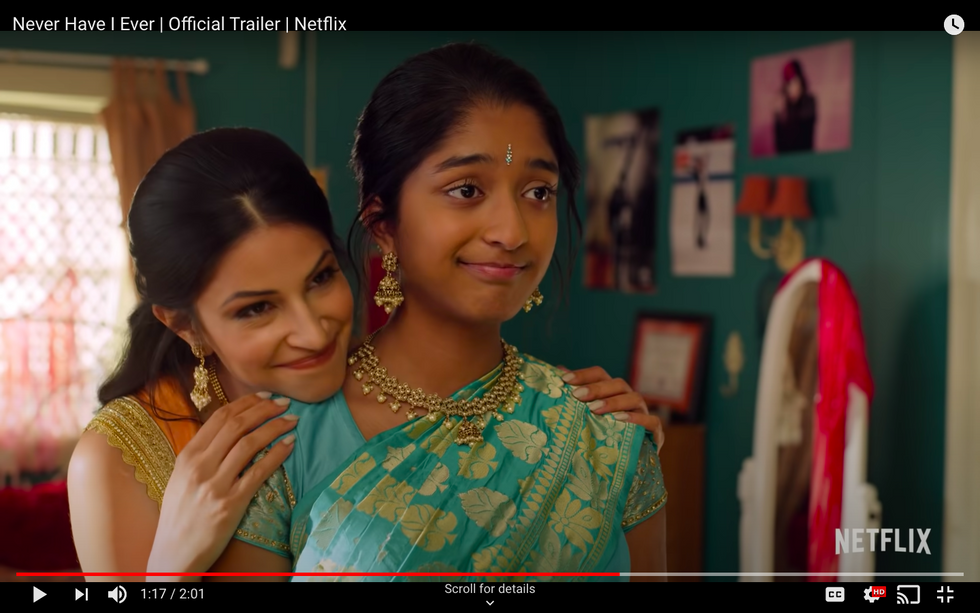 Mindy Kaling's popular Netflix original "Never Have I Ever," was recently renewed for a second season after first airing in April. The show has garnered a lot of media attention, and rightfully so, given that its main cast is primarily South Asian (something that isn't seen very often in Hollywood).

Its premise concerns the life of Devi Vishwakumar, an Indian American navigating high school, the death of her father, and new romantic relationships. When I first heard about the show, I wasn't expecting much. But after binge-watching all 10 episodes in one night, I realized it was exactly what I'd needed--a show that accurately portrayed the life of an Indian American.

Starting out a bit clunky and awkward, the show evolves as the episodes go on into an enjoyable teen dramedy. But, despite its ridiculous or cheesy moments, I appreciated how it depicted Indian culture, from Devi's traditional immigrant mom down to the food they ate every night.

The show even included an entire episode about a religious event called Ganesh Puja, where Devi and her family wear Indian clothes and attend an event with other Indians living in California. Although Devi exhibits some distaste for her culture, characters around her remind her of the importance of engaging with her roots. And Paxton, one of Devi's romantic interests, compliments her outfit and tells her, "You do you, Vishwakumar." I felt this moment reinforced the idea that South Asian children brought up in America shouldn't be afraid to embrace where they come from, even if they feel like they won't fit in because of it.

I also enjoyed "Never Have I Ever" because I could personally relate to the main character in different ways, from experiences like wearing a sari to problems like finding a balance between her Indian and American identities. Additionally, the show explored some issues that are prevalent in South Asian communities, such as the stigma around mental illness and counseling, evident when Devi's mother sends her to therapy to deal with her grief but doesn't believe in it herself. Even Devi's dad breaks the stereotype of the authoritarian Indian father as he is depicted as extremely kind and loving in all of Devi's memories.

Overall, I appreciated the show's diversity and how it portrays Indian families living in America. I would love to see more shows like this one, where I can personally connect to the characters. If you're interested in understanding a different culture or living through the crazy, and sometimes cringy, life of Devi, "Never Have I Ever" is available to watch on Netflix.

tv and film
Report this Content
This article has not been reviewed by Odyssey HQ and solely reflects the ideas and opinions of the creator.