Having A Parent With MS
Odyssey

Having A Parent With MS

Multiple sclerosis isn't a death sentence, despite what some may think. 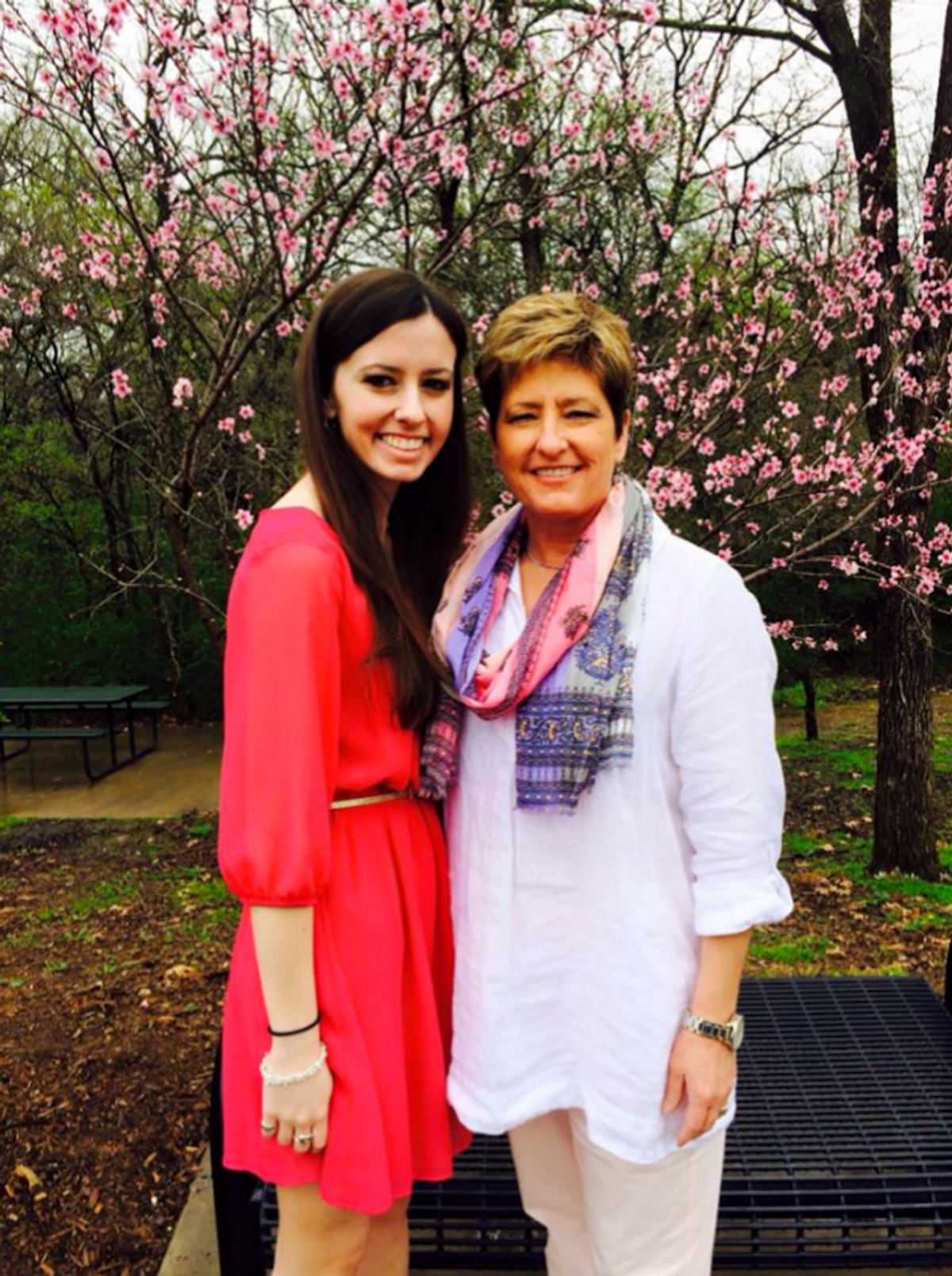 My parent has an incurable disease.

It’s not cancer, and it’s not Lou Gehrig’s disease. It’s multiple sclerosis. There is not a cure in the world for multiple sclerosis. There is treatment available, and that's it. For those who hear about people with multiple sclerosis but don’t know what it is, here is a very black and white explanation: your body tells you it is sick and your immune system attacks itself. As the Mayo Clinic notes, "In MS, the immune system attacks the protective sheath (myelin) that covers nerve fibers and causes communication problems between your brain and the rest of your body. Eventually, the disease can cause the nerves themselves to deteriorate or become permanently damaged.”

My mom was diagnosed with multiple sclerosis in December 2010 when she was 50 years old. The interesting thing about MS is that it can show a wide variety of symptoms. Many people will wake up one day and are unable to walk or move their arms, legs, feet, hands or fingers. Some become disoriented and collapse. Some are like my mother and show very mild symptoms.

Before my mom was “officially” diagnosed, she woke up one morning with a little gray spot in her line of vision. She didn’t think much of it and went on about her day thinking that she may have developed a “floater” or those little hazy spots in your eye that you can see, but never focus on. She is considered “asymptomatic,” because she does not show visible (physical) signs.

Later that day, she still had the gray spot in her vision, so she scheduled an appointment with her ophthalmologist to see what was going on immediately. After seeing him, he referred her to the corneal specialist, then the retinal specialist. None of them saw anything unusual, and they couldn’t pinpoint a problem with her vision. This all happened within one week.

Then she was referred to the ophthalmic neurologist. He spotted the optic neuritis within 10 minutes and ordered a brain MRI. Upon the results of the MRI, he recommended that she see a neurologist. He also said the neuritis would clear up on its own within a year’s time, vs. an IV steroid procedure. She went to the neurologist. It was a younger woman who walked in the room after reading her chart and said, “You have MS.” She showed absolutely no compassion or concern. The doctor attempted to order a spinal tap for my mother, but my mom refused because she knew that those spinal taps pose a great risk. She went on and scheduled an appointment for a second opinion with another well known neurologist who’s focus is on MS. He told her that it was a fair possibility that she could have it, but there was not going to be any proof until they did an MRI on her spine as well.

She came home and cried and admitted that she was scared. I was scared too. What if it wasn’t MS? What if it was a brain tumor? I feared losing my mom. I think the worst thing that you can possibly do when something happens is google what the problem is. My mom is incredibly lucky that her MS has not caused her to lose any physical ability, but everything you read on the internet will tell you that you’ll never be able to walk again, you’ll be in a wheelchair, you’ll walk with a cane or you will lose all motor function and end up in a nursing home from the day you are diagnosed. Can you imagine how scared my mom was reading that? It was terrifying for me too. I was barely in high school, so how was I going to do this kind of thing for my mom?

She took an entire day and went and got her MRIs done. In about a week, she went back to the doctor and they confirmed our worst fear: multiple sclerosis. She was upset thinking that she was going to lose her ability to walk, talk and eat, but the doctor reassured her that despite contrary to popular belief, many lucky people can continue their daily activities and lives and never even know they are being treated for an autoimmune disease. She was given a prescription for Rebif, an interferon beta-a drug, which is a medication for ‘relapsing’ MS. There are only two oral medications on the market right now for MS, and only a few people are actually capable of taking them. So her medication is done by injection. My mom is one of the lucky ones! Since it happened later in life, she does not show visible symptoms of MS. She walks, talks, eats and does everything normal.

For those of you out there who have a parent who has MS, cancer, ALS, lupus, or anything that can only be treated but not cured, you are not alone. It’s so scary because you don’t want to see your parent suffer, because they’ve been through enough. My mom has never had a relapse and she does not have a physical disability. She is more than her disease; she is a widow, a fighter, a warrior, a survivor, a daughter, a friend, and most importantly: a mom. She tires easily and she gets overheated easily in the summer, which causes fatigue.

She has a nurse that checks in with her and makes sure she is doing all right with herself and her medication. She also attends group meetings at restaurants that bring people who have MS together to talk about symptoms, treatment, how to deal with your symptoms, and things you can do to better yourself.

An important thing to remember about MS is that you can live with it. You can continue your normal life. It is not a death sentence.

Always tell your parent you love them when they deal with diseases like MS (although you should tell them this anyway), because sometimes when they are having their bad days that can’t get better, they need that support. I hope that each and every person who reads this and has been affected by something like multiple sclerosis finds support, because you are not alone. I had to give my mom her shots in her arm when she was newly diagnosed, and every time I had to do that I would cry myself to sleep at night knowing I had to cause my mom pain. Eventually, I had to realize that it's is worth it in the end because it helps her condition. Always be a support to your parents, because for the majority of your life they have supported you.

Do everything you can to bring awareness to the issues that you or your family face, because without that awareness, funding is hard to come by when looking for new treatment or a cure.

If you or someone you know is being affected by MS, I recommend looking up MS LifeLines online. They have phone numbers that you can call 24/7 for support, or you can contact people about treatment.