The Fight Towards Intersectional Feminism And Why You Should Care
Odyssey
CurrentlySwoonLifestyleHealth & WellnessStudent LifeContent InspirationEntertainmentPolitics and ActivismSportsAdulting
About usAdvertiseTermsPrivacyDMCAContact us
® 2023 ODYSSEY
Welcome back
Sign in to comment to your favorite stories, participate in your community and interact with your friends
or
LOG IN WITH FACEBOOK
No account? Create one
Start writing a post
Politics and Activism

The Fight Towards Intersectional Feminism And Why You Should Care

Intersectional feminism is slowly gaining attention and through each and every one of your help, we can make it the new norm. 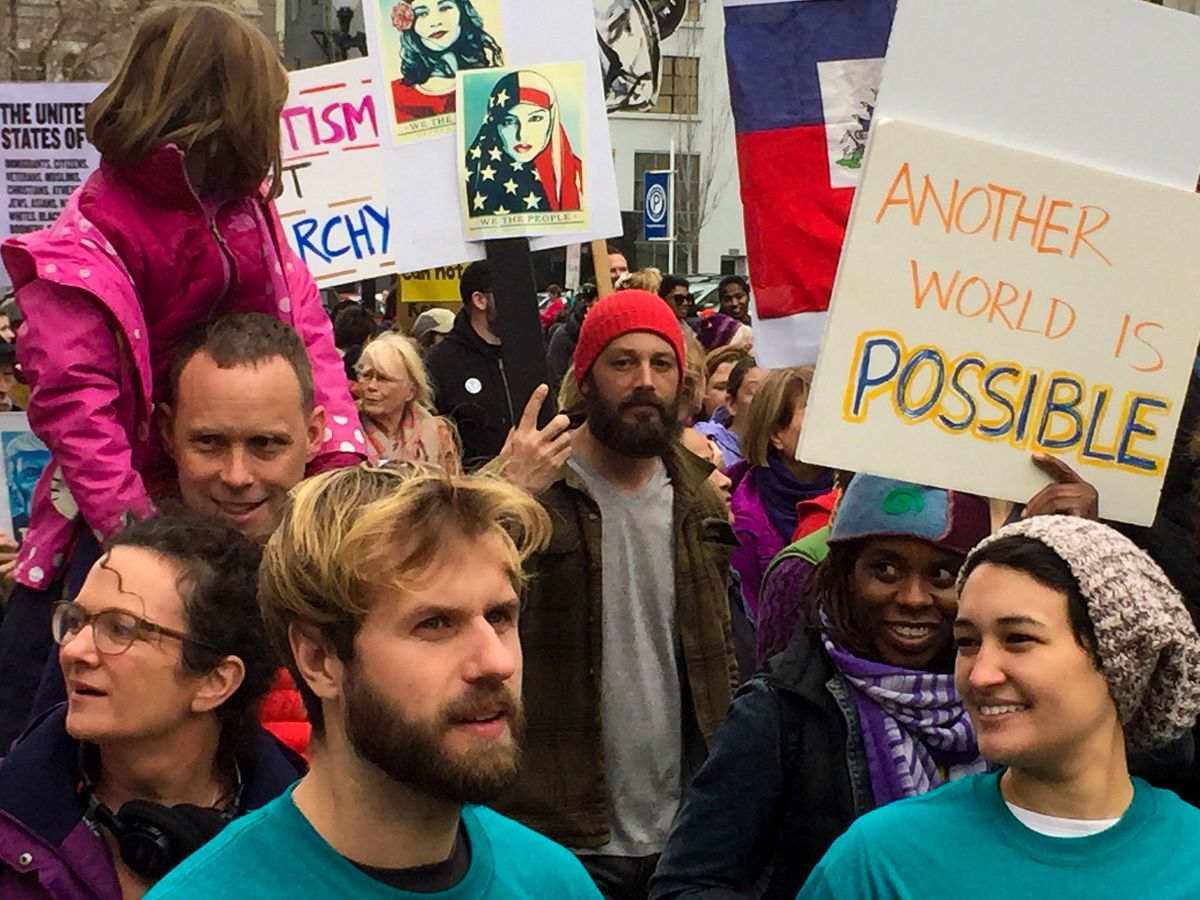 When we think of feminism, we most commonly think of gender equality. However, by the end of this article, I hope to offer some insight on the importance of progressing towards the idea of intersectional feminism, also known as the idea of understanding and advocating for the equality of women of all race, orientation, ethnicity, religion, and class. The lack of awareness of the importance of intersectional feminism is illustrated through certain factual advertisements such as “Women receive 78 cents for every dollar that a man receives.” The question is which women? Are we truly considering all types of women in this statement?

Back in the era of first-wave feminism (1800s), this problem was especially prominent. For instance, Elizabeth Cady Stanton, one of the leading figures of the women’s rights movement and co-founder of the Seneca Falls Convention, actually held severely controversial views under the surface. Stanton’s efforts were truly commendable, yet there were several flaws in her way of thinking which ultimately hindered our progress as a whole. She showed no commitment towards helping all women gain suffrage rights, for everything was done primarily to help middle-class, well-educated, white women.

In the controversy over the 15th amendment where black men would be given the vote, Stanton held back and did not directly support the movement claiming that “We educated, virtuous white women are more worthy of the vote.” Her priorities were clearly aligned with those of women just like her, and it was clear that she was ignorant of the problems facing other women during her time, such as those of African-American women.

In the 1900s, even though feminism shifted towards rights in the workplace, the lack of intersectionality was still largely present. The self-described “black, lesbian, mother, warrior, poet” Audre Lorde dedicated her life to addressing and confronting racial injustice, sexism, and homophobia, and committed herself to illustrating the presence of these issues in the fight for women’s rights. Lorde was often characterized as a radical feminist, active writer for women’s rights, and a civil rights activist.

In her book, Age, Race, Class, and Sex: Women Redefining Difference, Lorde believes that “too often, we pour the energy needed for recognizing and exploring difference into pretending those differences are insurmountable barriers, or that they do not exist at all. By and large within the women’s movement today, white women focus upon their oppression as women and ignore differences of race, sexual preference, class, and age. By ignoring the past, we are encouraged to repeat its mistakes. Ignoring the differences of race between women and the implications of those differences presents the most serious threat to the mobilization of women’s joint power. Refusing to recognize difference makes it impossible to see the different problems and pitfalls facing us as women. Change means growth, and growth can be painful. But we sharpen self-definition by exposing the self in work and struggle together with those whom we define as different from ourselves, although sharing the same goals. For Black and white, old and young, lesbian and heterosexual women alike, this can mean new paths to our survival.”

I am happy to say that in present-day third-wave feminism, we are slowly progressing towards greater intersectionality within the fight to achieve women’s rights. As characterized by the Women’s March in 2017 and the diversity in leadership of this event, we are moving towards appreciating and understanding the importance of advocating for intersectionality. The recent leaders of the Women’s March included Tamika Mallory, an African-American civil rights activist; Linda Sarsour, a Muslim director of the Arab-American Association of New York; and Carmen Perez, a Latina activist. Hundreds of thousands of women and men of all identities joined together to fight for women’s rights.

The pink pussyhats served as a powerful symbol of support and solidarity for women's rights and political resistance. Women expressed their opinions through thousands of posters, a cappella songs such as MILCK’s “I Can’t Keep Quiet”, empowering speeches and protests, and through a plethora of other ways. Aside from the Women’s March, feminism has transcended the region of the United States and has gradually gained a global dimension, as can be seen by powerful acts of women from all over the world, such as those of Malala Yousafzai. Malala Yousafzai is a Pakistani activist for female education and human rights advocacy. After surviving a shot in the head by the Taliban in 2012, Malala bravely raises her voice to fight for equal education.

In her “Youth Takeover the UN Speech”, Malala exclaims that “I raise up my voice – not so that I can shout, but so that those without a voice can be heard. Poverty, ignorance, injustice, racism and the deprivation of basic rights are the main problems faced by both men and women. Dear fellows, today I am focusing on women's rights and girls' education because they are suffering the most. There was a time when women social activists asked men to stand up for their rights. But, this time, we will do it by ourselves. I am not telling men to step away from speaking for women's rights rather I am focusing on women to be independent to fight for themselves. Dear sisters and brothers, now it's time to speak up.”

Intersectional feminism is slowly gaining attention and through each and every one of your help, we can make it the new norm.