More Than Just A Fling

He'll Always Be More Than Just A Summer Fling

It was only supposed to last until I went away, but now he's all I can think about. 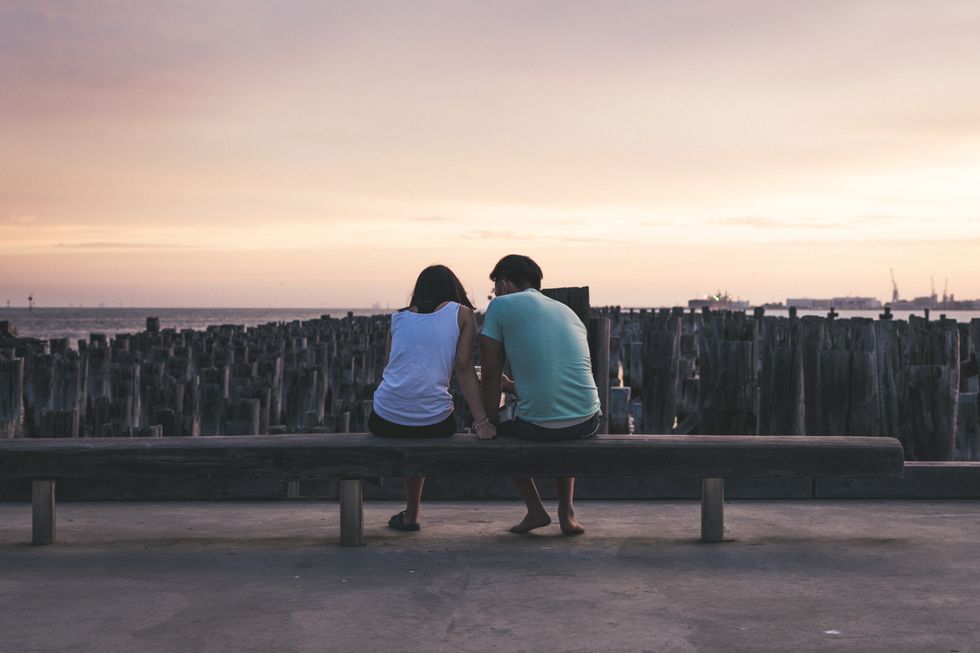 I'm not sure why I became so attached to him. Was it because we clicked from the start? Or was it because he's unlike anyone I've ever met?

When he first came into my life, I honestly didn't think much of it. I assumed it would be another situation where we'd talk for a few days and then move on, but he was different. We would pick on one another, make jabs at each others music, and the comments about hair never stopped. He quickly became someone I started getting comfortable around, but I was still nervous anytime I would see him. Honestly, I'll always get nervous whenever there's a chance I will see him.

My mom asked me why I was so attracted to him, but I couldn't come up with an answer because there were so many to choose from. I don't know if it's because he reminds me of myself or because he's different from any guy I've ever met. He's more than just a guy who is constantly driving around and checking in every few days. There's something about him that makes him stand out from the rest, but sometimes it feels like I'm the only person who sees it.

No one else lived these significant moments but us. No one heard him complaining about how it was my fault I made his face hurt from always smiling when I'm around. No one was there for our bickering about who has the better taste in music, and I still refuse to admit that I enjoy what he listens to (even though I technically just did). The memories I have with him aren't my favorite memories because of where we went or what we saw, they're my favorite because they were made with him.

He doesn't know I'm writing about him because he told me that I never would, but I write about him all the time. He's the mystery I may never get to solve, but I think I've learned to be okay with it. I don't know if anything more will come out of this because now we've become sporadic conversations and missed opportunities on seeing each other and honestly, I miss how things used to be. Maybe he misses them too, but he'll never admit it.

My family is going to read this, they're going to call me a sap, and I'm going to get questioned beyond belief at every family get together, but I needed to put this out there. I need others to be aware of how you could have the best moments with someone and never officially be together. Labels are overrated and more often then not, they end up making things worse than they should be.

We as a society have grown so focused on labeling everything that we end up ignoring the possibilities of having some of the best times of our lives. This summer I stopped focusing on the labels. I spent time with someone and never worried if it would get stuck with a label because being with him just felt natural. And when it was time for me to head off to college, there was no awkward conversation about a change in labels because there was nothing to change. We still talk and keep up with one another without it being awkward.

What I'm trying to say is that we should all venture out. Find someone we enjoy spending time with and throw away our desire to put a label on it when there's no need for it. You might just end up meeting one of your favorite people.

After 365 Days Together, I Can Say For Sure: You're My Person

10 Things For Long-Distance Couples And Friends To Do