Morag Joss writes a hauntingly subversive take on the coming of age trope. 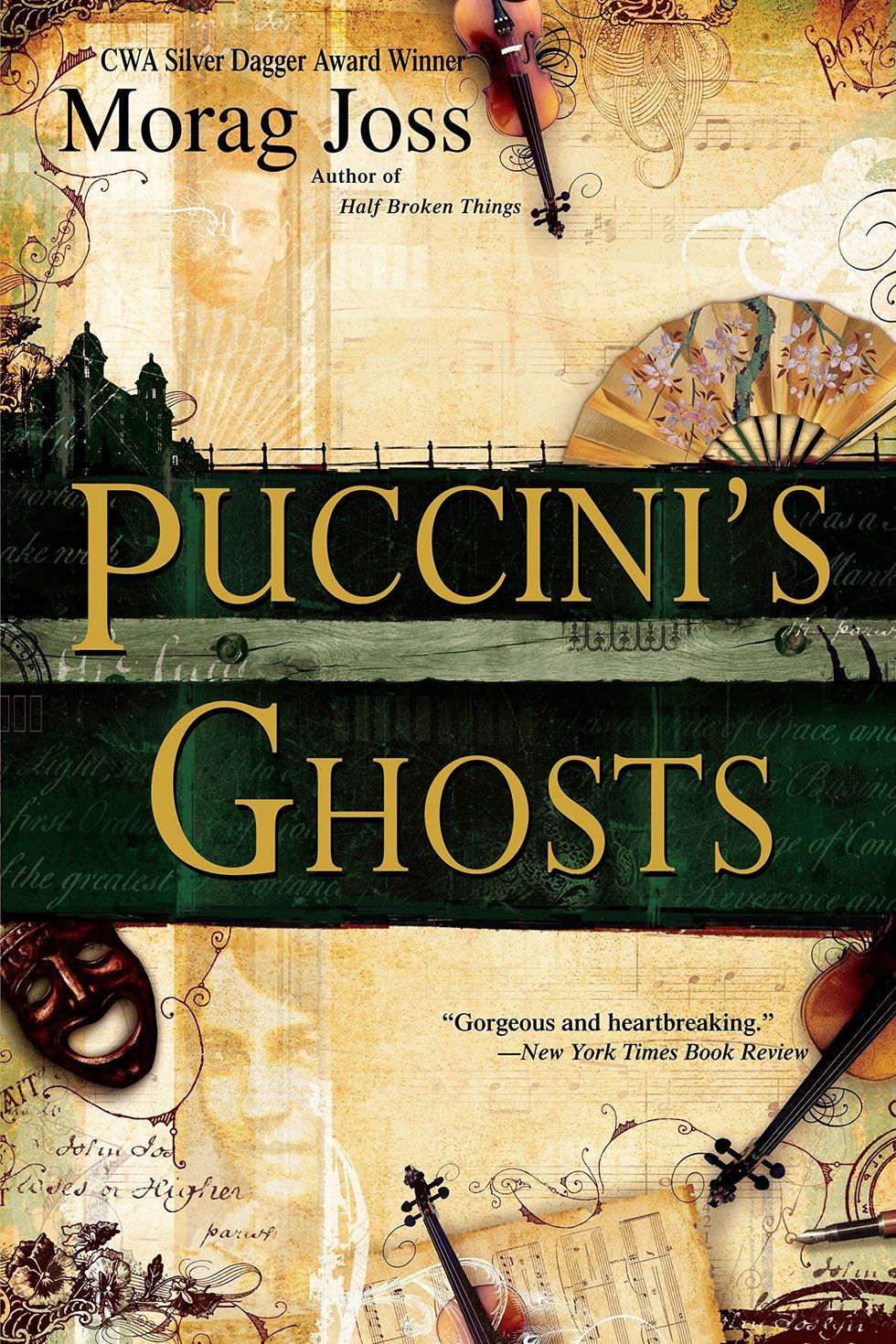 Coming of age stories are part of a particularly impactful genre.

Nothing quite illustrates the beauty and small tidbits of the human condition more than the day-to-day conflicts and happenings of a group of people. It's almost always lighthearted, which is part of its appeal.

However, a darker take on that kind of trope is a wonderful genre all on its own. And Morag Joss does that splendidly in her work, Puccini's Ghosts. She somehow manages to carry a sinking, melancholic tone throughout her work which is worth examining.

Joss writes from the perspective of a bitter and empty middle aged woman who returns home after many years for her father's funeral. As she puts together the event, she pieces together a fateful summer in the year of 1960. Most of the novel is told from the perspective of Eliza Duncan-- who goes by her stage name Lila DuCann-- as a young girl living on the Scottish seaside, in her rather bleak, dreary childhood town of Burnhead. Lila DuCann's cynical yet dreamy narration is addicting, and the contrasting timelines add to the almost magical somber tone of this little slice of life. She tells of her parents' broken marriage and of her boring friends (whom she still strives to impress), and of her dreams to go with her uncle George to London.

Her uncle George, visiting from London, devises a rather ambitious plan to put on an adaptation of Turandot by Puccini for the small town and Lila is swept up in the excitement. She meets one of her Uncle's music students, Joe Foscari, and he becomes a hopelessly romantic figure to her. This crush founded on naivete quickly turns into obsession. However, she comes to the realization that Joe and George were in fact secret lovers, and this discovery shatters her family after he is imprisoned and the play is destroyed.

This is a perfect inverse of any Indie darling's touching come-of-age film. They have some similar core aspects: a reckless, idealistic teenage narrator, a central group of people in a small town almost undisturbed by the happenings of the outside world, and an unforgettable summer devoid of any obligations from school. But Joss manages to take this trope and twist it so that it leaves the reader very, very empty instead of nostalgic and yearning for an existence similar to that of the book's characters.

The best thing any author can do is absolutely immerse the reader in its world. The sights, sounds, and all the checklist items of world building is something we hear regularly. However, it's a different thing altogether to be inserted into the world of a character and not the world as seen from the eyes of an outsider. This theme of solipsism and an unreliable idealism is heavy throughout the book-- even at the beginning, Lila writes a rather curt essay on this and her teacher remarks that it's too solipsistic. It's also evident in the way Lila describes her Uncle George when she first sees him-- everything about him reminds her of the glamour of London, of a world she yearns to experience. For her, George Pettifer is an embodiment of all her hopes and dreams. At least in the beginning, that is. As she comes of age, her descriptions of him turn less and less romantic, until he fades into the charmless, soggy landscape of Burnhead; the final blow to any idealism left is the discovery that Joe had no chance of returning her ardent devotional love.

It's difficult work to take the prose and make it mirror the setting almost perfectly. This story is particularly saddening because it is written to seem so real. It's similar to Nabokov's writing style in the sense that whenever something that should be beautiful is being described, Joss points out something ugly that overshadows it. This caters to the bleak yet strikingly realistic tone throughout the book. The switching timelines adds to the haziness of Lila's world. If Puccini's Ghosts were a painting, it would be grey. There is no light at the horizon in this story; in fact, this story seems to get more and more negative and disastrous as it goes on. It's a collection of desperate low points and there is no resolution of hopefulness. It quite literally ends in flames, and that, I would argue, is the mark of a courageous author who is not afraid of examining the unthinkable-- a story with no happy ending and an unashamedly miserable narrator.

Using an inverted coming of age trope and an ability to be unafraid of putting her characters through hell without any hope of redemption, Morag Joss weaves a hauntingly beautiful chrysalistic tapestry of melancholy, heartbreak, and hopelessness in Puccini's Ghosts that deserves all the praise.
Related Articles Around the Web
Report this Content
This article has not been reviewed by Odyssey HQ and solely reflects the ideas and opinions of the creator.
Swoon