Well, it's not the easiest thing in the world, but it's not all bad either. 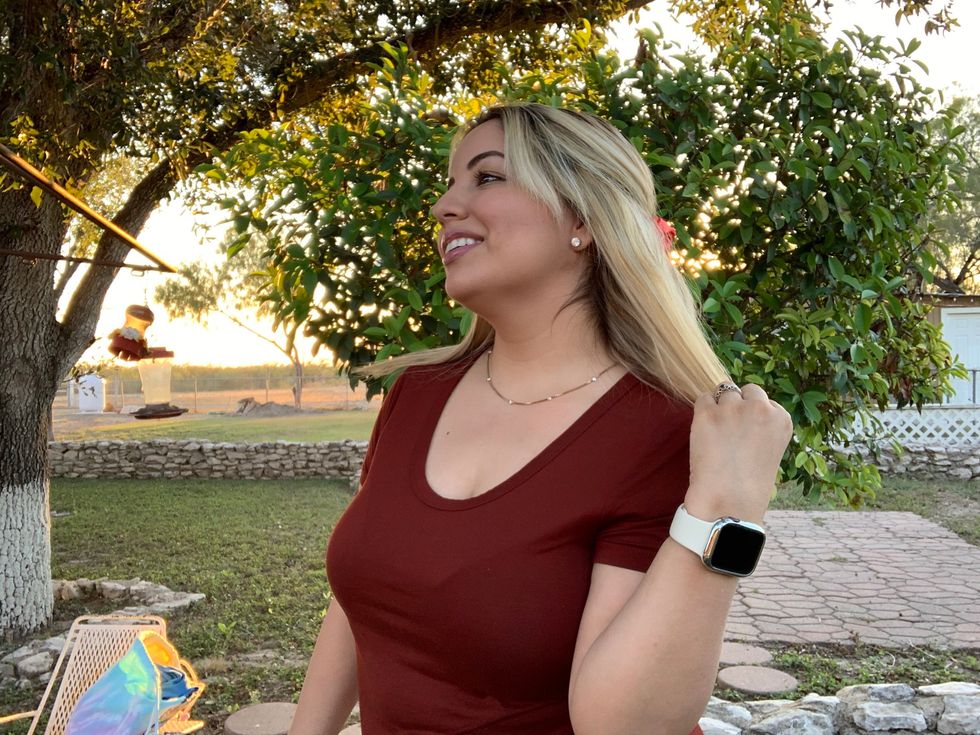 As much of the United States and the rest of the world anxiously awaited the election results, I had already lost hope. I cannot pinpoint at what point I lost hope during the four years of Trump's presidency, but at some point, I gave up on the future of the United States.

I was watching people be openly racist online and even in-person, and even at my own university, without any consequences. I watched this hateful rhetoric be spewed, children being separated from their parents and locked in cages with poor conditions, Black people being murdered by police, mass shootings in schools, racism and hate crimes on the rise, and I could not see an end in sight.

I attend a PWI, and at first, racism had not even crossed my mind. I grew up in an area that was predominately Hispanic, and I was fortunate enough to have not experienced racism. I simply believed everyone was equal and was ignorant in thinking racism was not as prevalent anymore.

I was wrong. I could not understand little things that happened to me, such as people ignoring me and speaking to the white person sitting next to me, people refusing to sit next to me on the bus, and not making friends. I was disheartened, I thought maybe I just didn't have people skills and it was just me until I realized these were all tiny acts of racism.

Before I even stepped foot on campus, I had a fellow male Hispanic student reach out to me through social media. We became fast friends, and I was grateful he was giving me tips on how to navigate campus. It wasn't until a few weeks into talking when he informed me he was glad I befriended him, as I was an "easy target" on campus.

I was taken aback, an easy target? I asked him to clarify, and he stated, "You're a minority, Hispanic, woman. You have to be careful." Perhaps ignorance is bliss, I didn't let this bother me.

I noticed when I sat in my assigned seat for my Animal Science class, the student next to me seemed to always have a displeased look on her face and tried her best not to touch me. I simply thought, it's 8 am, nobody wants to be here right now.

Then, I would try asking her questions, and they seemed to fall on deaf ears. So I stayed quiet the rest of the class, until one day, a student who sat next to me tripped in front of me. I reached out my hand and asked if she was okay, and she chuckled and laughed it off with me. Then, when the student who sat on the opposite side of me came to class, she asked the girl next to me questions. When I had the answer I tried to answer, however, she ignored me.

I never concluded this was a small act of racism, I thought I attended a university that truly upheld their core values.
As the season changed to winter, I began riding our university bus around to classes. I noticed whenever I sat, I always had an empty seat next to me. I would even watch students pass my seat and stand on the bus.

Beto O'Rourke ran while I was a freshman, and I attended his rallies and showed my support for him. This would be the first election I would be eligible to vote in, and I was not going to pass up voting after the 2016 Presidential Election. Beto gave me hope again, I had hoped he would truly work on immigration reform, propose healthcare for all, work to help the impoverished, I was voting for human decency. When he lost, I cried in my dorm room, as other students outside cheered.

When a new semester began, and I found myself in an accounting class, I was already uncomfortable. It was not until a few weeks into classes, I would be embarrassed. At the time, I was an Agribusiness major, and I was required to take a higher level of accounting. When the professor was reading the introductions he had us email him, he found me in the class and continued to read off my introduction. "Agribusiness, I didn't even know we had that major." The class began to laugh as my face turned a bright red. "Are you sure you're in the right class?" The class laughed again, and I answered him this was part of my degree plan. He asked yet again, as the class began to laugh.

I also thought this was just me, until a few months ago, when students began speaking out about racist acts that happened to them, with the hashtags #RacismAtTamuFeelsLike and #hateisthehiddencorevalue.

I haven’t experienced someone say racist things towards me but actions are louder than words at times. I don’t enjo… https://t.co/n49gPIjSkl
— bianca (@bianca)1591755487.0

Even after these tweets and openly racist incidents occurring to students, such as this white student using the n-word at a party, and this Black student being a victim of a hate crime, Texas A&M students have yet to see any true action. In fact, these tweets and the student reporting his hate crime was somehow flipped. We were the problem, not the openly racist acts that occurred to us.

#RacismAtTAMUFeelsLike knowing that if I even use it this hashtag I’m opening myself up to hate and criticism and t… https://t.co/ndHmoDGRp5
— toph’s voice actor (@toph’s voice actor)1592348262.0

Even this summer, there was a protest to remove the statue of Confederate Soldier Lawrence Sullivan 'Sul" Ross. This was met with an intense backlash from former students. Former students even showed up with signs that read, "Maroon Lives Matter" and went so far as to ask a Black student, "Are you an Aggie or a blackie?"

Despite all of this, I do not plan on going anywhere. I have faced small acts of racism, been rejected from organizations and positions, but I will not let this define my path in life. If anything, this has made me grow stronger, more resilient, and I plan to own my space when I step back on campus.

To the incoming Aggies reading the tweets #hateisthehiddencorevalue. Don’t let this discourage you from attending A… https://t.co/o9D4RkwaMv
— Adel (@Adel)1591750753.0

After the 2020 Presidential Election, my faith in the country has returned. I will no longer stay quiet, step aside on the sidewalk, allow people to mispronounce my name, or be ashamed of being Latinx. I will continue moving forward, owning my space, and I will remain at my university.