Midsommar: A New Age of Horror

Midsommar: A New Age of Horror

The era of "platinum" horror has begun. 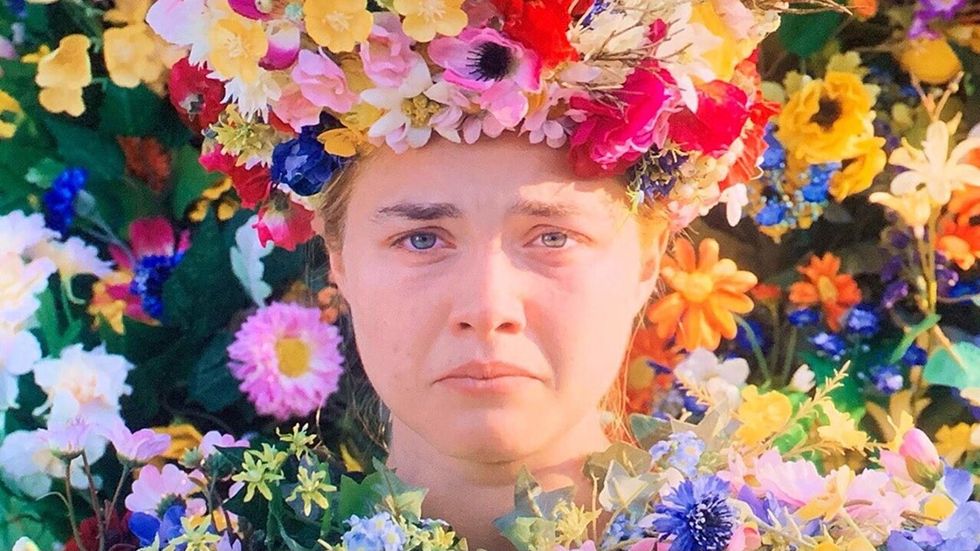 Maybe you'd like me to keep you sitting here for the next fifteen minutes, reading off some pretentious rant of why Ari Aster is a genius or how our standards of horror are depressingly low.

Or, maybe you'd like me to not play the part of a snobbish film student, to get to the point for once, and to stop wasting your time. So many reviews of this film go into incredible depth to dissect their opinions, but I don't want to pander or preach to you, so let's just get down to the facts:

Midsommar, by the standards of any horror film, was exceptional. It's beautiful. It's intriguing and suggestive. It utilizes displays of extreme violence, but does so sparingly. The carnage that interrupts the beauty of this serene Swedish nightmare will stick with you. There is ritual killing and absurdly graphic imagery, but this is not a torture porn flick nor is it a slasher. It cetainly maintains elements of folk horror, but the details of the rituals and the lack of deep focus onto those ceremonies places the film into unique territory. In fact, it's difficult to situate Midsommar among any traditional horror categorization.

The best I can do while still respecting your time is to say that this film fits in with a growing niche of "platinum" horror films, horror movies that aspire to a particular level of excellence in all things from theme and symbolism to cinematography and character study. These are films like The Witch or Hereditary, horror movies that stand apart from the rest in the weighty, almost pretentious way that, say, The Shining does. Most horror movies veer almost towards comedy. The Platinum lean towards arthouse status. Most horror movies are made. The Platinum are crafted, as pompous as that sounds.

That being said, I'm not just kissing Ari Aster's ass over here because, while this is most certainly an exceptional film, a "platinum" horror film, even, it's far from flawless.

It's not better than Hereditary, director Ari Aster's previous horror hit that deals with its explorations of grief and similar themes in a far more nuanced manner. Midsommar feels more ephemeral than Hereditary, like it's somehow more airy. It's got holes and gaps in understanding where the threads of Hereditary hold tight.

Many of the ideas of grief, codependency, and revival that it begins to flesh out are left incomplete, unsatisfied, by their lack of thorough examination. Much of this stems from the fact that the main characters are terrible at communication and are unable to express themselves productively to one another, this being another big theme of the film, but intentional or not Midsommar suffers a bit from its partial failure to clearly communicate its own ideas. It's half-lost in a kind of beautiful symbolism that you want to comprehend but can't fully grasp, much like the ancient rituals of the townsfolk themselves.

There is a beauty and a weight to every scene, an intention and a message that starts to circle around complex ideas of mourning, purging, and renewal. The main character is in a constant state of loss the entire film, losing her family before losing her crippled romantic relationship with Christian, but it is the process of how she deals with these losses and the power that she gains from deadheading and snipping off the things that are tormenting her, which brings the film to its emotional and symbolic climax. It's just such a shame that the understanding of these themes is not more thoroughly, clearly, and carefully handled, because they create a stunning picture.

Instead, you have to slowly piece together these conclusions on your own, substantiating the ideas yourself after the film has finished, and it's only from squinting at the film's stunning moments that something like a complete thematic arc can come together before our eyes. As an aspiring screenwriter, I can appreciate a certain radius of uncertainty and leaving things up for interpretation. I understand the allure and sophistication of forcing the film's symbolic mental math on the audience, leaving the meaning of a project in the hands of each individual who experiences it, but Midsommar lands just a hair off from this technique and toes just a bit into the realm of confusion and misunderstanding. It's an incredible film to write a thesis about, what with its vast room for interpretation, but as an experience it lacks a few fundamental strokes of clarity that would truly clinch this film for me.

Just like I said, it's exceptional. It's Platinum. It's crafted, not made. It's on another level from typical horror schlock. By anyone's standards, it's stunning. But it's far from perfect.

From Your Site Articles
Related Articles Around the Web
Report this Content
This article has not been reviewed by Odyssey HQ and solely reflects the ideas and opinions of the creator.
Swoon