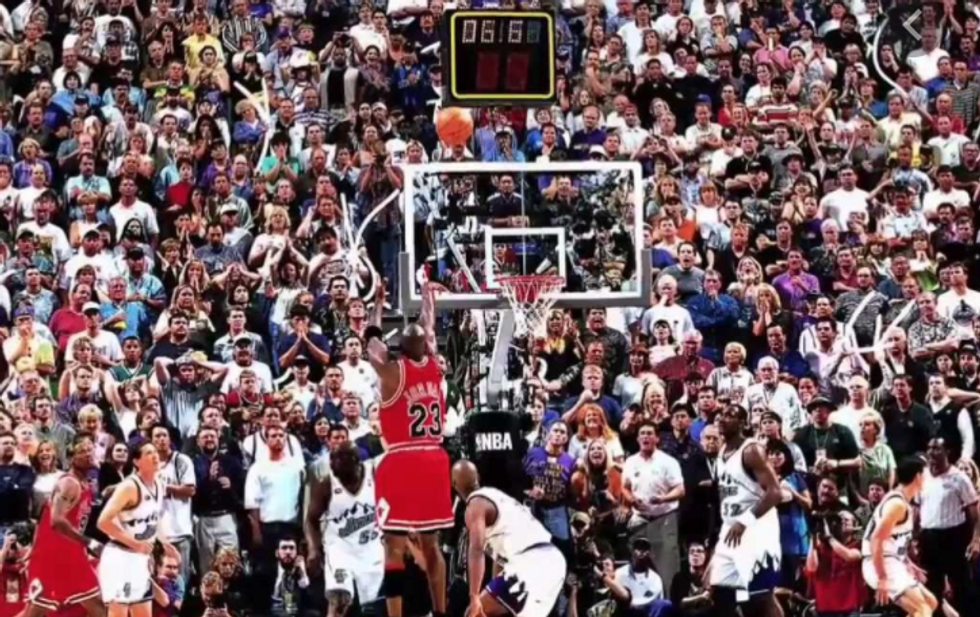 ESPN's new docuseries The Last Dance chronicles the success and life story of NBA all-star Micheal Jordan. As a sports fan myself, investing the time (somehow, I have a lot of that these days...) to watch the show was a no-brainer. An inside look at all stars and hall-of-famers that I've only ever really heard about, considering their primetime was before I was born? Let's see this.

But, in case you need some convincing to watch, or have already watched it and are looking to relive it, here I am to offer some insight.

To begin, a lot of it is very old school. I know. MJ? Old school? Groundbreaking.

From the aesthetic of the clothing (I'm a sucker for the vintage basketball uniforms #shortshorts) to the come up story of Jordan and those around him, some of the content is a clear relic of a time gone by. This makes it humbling and something to appreciate.

Micheal Jordan is portrayed very authentically in the beginning when playing basketball for UNC Chapel Hill as a kid, working as hard as possible to reach his dreams. There's a part where he refers to himself as just "a freshman on the block" and, as a college student, it's incredible to look at the notoriety towards him while he was just a freshman.

The docuseries also offers a comprehensive look at overall basketball culture and how the game and the NBA has changed since the time of MJ. We are exposed to the Chicago Bulls dream team, Micheal Jordan, Scottie Pippen, Dennis Rodman, Ron Harper, and Luc Longley. All incredible and pivotal players for the game, but we really learn about Pippen and Rodman and their impact on Jordan and basketball.

When I watched, my initial reaction to the pure aggression of the game between these Bulls players and those on the Detroit Pistons at the time was that I was horrified. The game has changed so much since then, what I was watching seemed more like football if you ask me. This caused me to realize that the NBA has in fact changed and to be thankful that basketball isn't as hyper-competitive and aggressive as it once was.

As I got to thinking of why the game has changed, I reconsidered my initial disgust with the aggression. In the beginning of Scottie Pippen's career around 1990/91, he was making just about 2 million dollars playing for the NBA at that time. Eventually, he moved up the ranks and made a lot of money. But, if we look at someone today, say Lebron James, he's making around 38 million dollars a year.

Obviously, not every player is receiving LJ's salary. But, if we look at the players across all teams who are starting and playing many minutes per game, most of them are making more money per year than what Scottie Pippen, one of the greatest players, was making when he was an outstanding player.

So, how can this impact the game? I think it alters the culture entirely. We don't see those true, nasty, hateful rivalries like the old Bulls and Pistons which made the game so authentic and riveting. Many players on different teams have really strong bonds with their on-court opponents. For many reasons, that is a wonderful thing and does create a different kind of camaraderie. But, I think the crazy amounts of money (I'm not saying it's not deserved, here) to many players in the NBA changes the industry and thus how the game is played and regulated.

So, I have a different outlook. I see the meaner, more aggressive styled playing as actually cool and intrinsic to the game we used to know. Old school ball, if you will. But, today's style has benefits in that it is much safer.

The docuseries also explores the impact MJ had on Chicago. The way he was able to unify, really an entire city, is remarkable. He put Chicago on the map in many ways. An episode also takes us through the process of inventing Air Jordan's for Nike. If you know me, you knew I was glued to the TV at that point.