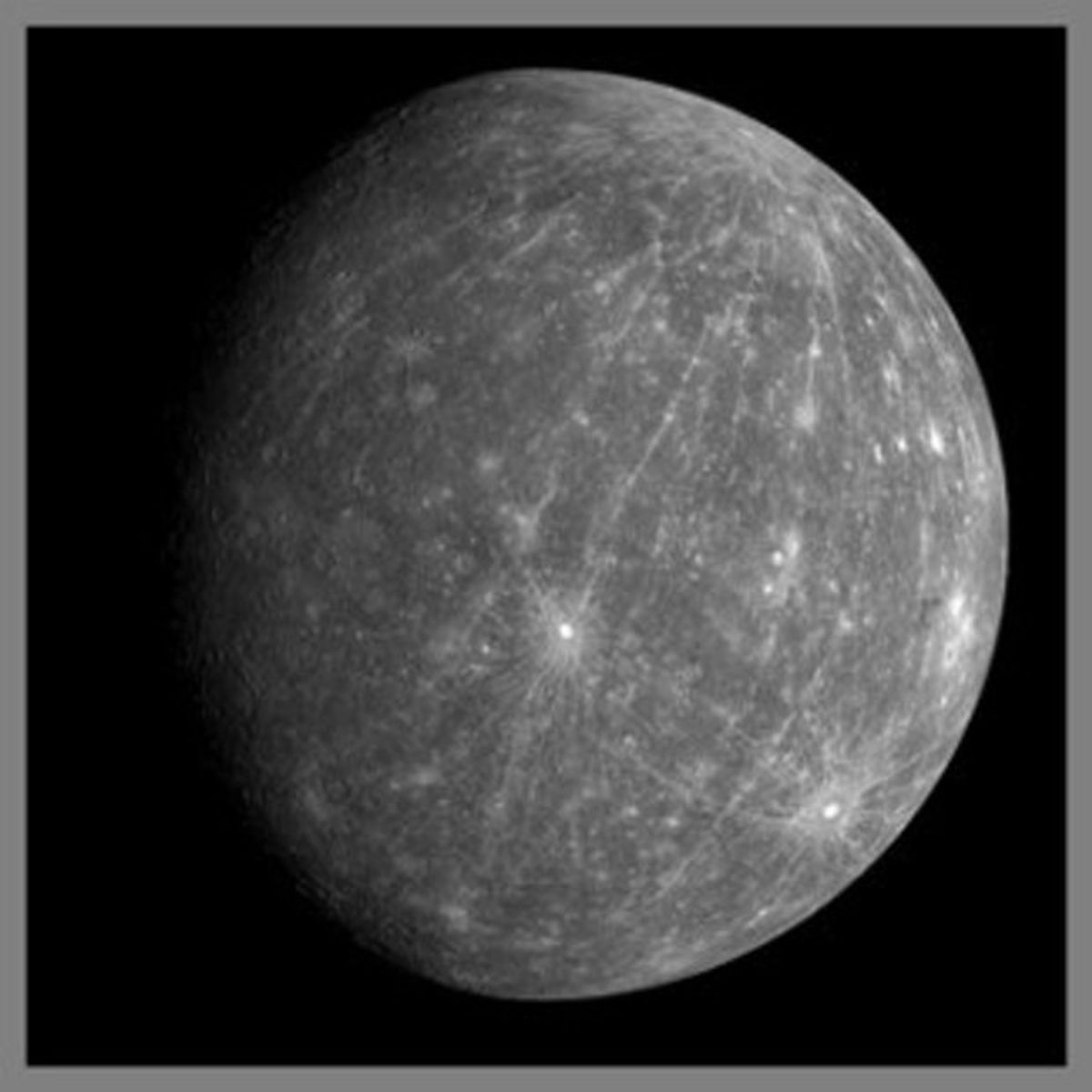 Speed Through the Zodiac: about one year

Every living thing has to think, communicate, and make sense of things. And that’s where Mercury comes in. The sign Mercury was going though at the time of your birth signifies how you think, speak, write, organize, and rationalize. How fast or slowly do you speak? Do you say whatever comes to mind right at that moment, or do you deliberate incessantly? What do you like to write about? What’s your handwriting like? What makes sense to you, and what doesn’t?

Mercury is a neutral planet, meaning its influence isn’t inherently beneficial or baneful. It just is. It never travels farther than twenty-eight degrees1 from the Sun, so it will never be more than one sign away from it, in either direction. So if you have a Leo Sun, your Mercury can only be in Cancer, Leo, or Virgo. Let’s say you’re a Leo with Mercury in Cancer. The Sun is in dignity in Leo, so the Sun’s qualities will be maximized in your personality. You’re exuberant, bold, generous, playful, and friendly. You’re not afraid to perform, create, or party. You shimmer. Then someone cute walks up to you and starts a conversation. Now Cancer takes over. You’re a lot more toned down. Your voice is softer and quieter than expected, and you talk a lot about emotions and family life. One can even call you timid. What happened to the spark? Mercury in Cancer happened. Or what if you’re a Scorpio with Mercury in Libra? Your expression will be quieter with a mysterious intensity, but your communication style will be friendly, diplomatic, and graceful. You’ll also be more social than expected for a Scorpio.

Mercury rules two signs, so it has three “best” placements and three “worst” placements. It’s in dignity in Gemini and Virgo, and it’s exalted in Aquarius.2 All three of these signs really utilize the left side of the brain and think in a logical manner. It’s not that they’re squares or lack creativity; they’re just really good at left-brain material like math and science. That’s more what Mercury is about, so it feels like it’s given the proper tools when it’s in one of those three signs. Sagittarius and Pisces are Mercury’s signs of detriment, and Leo is its sign of fall. They’re more right-brained or abstract in nature, focused on arts, creativity, or philosophy and other things that go beyond rational or logical thought. When Mercury is in detriment or fall, it doesn’t really know what to do with itself. It’s given tasks that it can’t just think itself through. It becomes rattled and confused. House-wise, Mercury does best in the Third, Sixth, and Eleventh Houses, houses that are information-centered, or where information can be passed along easily. It has the hardest time in the Ninth, Twelfth, and Fifth Houses, which are more abstract or creative in nature and not tied to concrete logic.

When you utilize your Mercury well, you’re able to think at your best. You communicate well, you write well, and you are mentally at peace. It’s easy for you to study and learn, and you become more knowledgeable in areas that you care about. When you ignore your Mercury, or utilize it in a negative way, the bad traits of your Mercury sign come into effect. You’re misunderstood often, and you offend people.

Mercury goes retrograde (appears to move backward) three to four times a year, for about three weeks each time. When Mercury goes retrograde, things like electronics, public transit, and flight schedules are affected in crazy ways. Not that laptops and flight delays only occur during those weeks; they’re just more likely and more common. You also have to be careful when it comes to signing contracts. You’re more likely to be on a different page from the other party(ies) involved. You may misread something and have to revisit the contract later on. In general, Mercury retrograde isn’t a great time to start many things, unless it’s something you’re going back to. So if you’re going back to an old job or career, or moving back to an old hometown, you’ll be fine. It’s also a good time for introspection. Rereading, rethinking, and planning are ideal for these times. But don’t worry. I’d never tell you to stop your life just because a little planet wants to do the moonwalk. You’ll be okay as long as you’re as thorough as possible in what you need to do.

If you were born with Mercury retrograde, the planet’s traits are expressed inwardly for you. You think in more peculiar ways than others and do a lot of introspection and second-guessing. You’re often misunderstood by others. But when Mercury goes retrograde during a transit3, things go smoothly for you.

Next Article: “Venus: The Things You Love”

1A degree is basically a point. There are thirty degrees in each sign; a total of three-hundred sixty degrees in a chart.

2Some people argue that Mercury’s exalted in Virgo, but I don’t believe that.

3A planet’s current movement through the Zodiac.