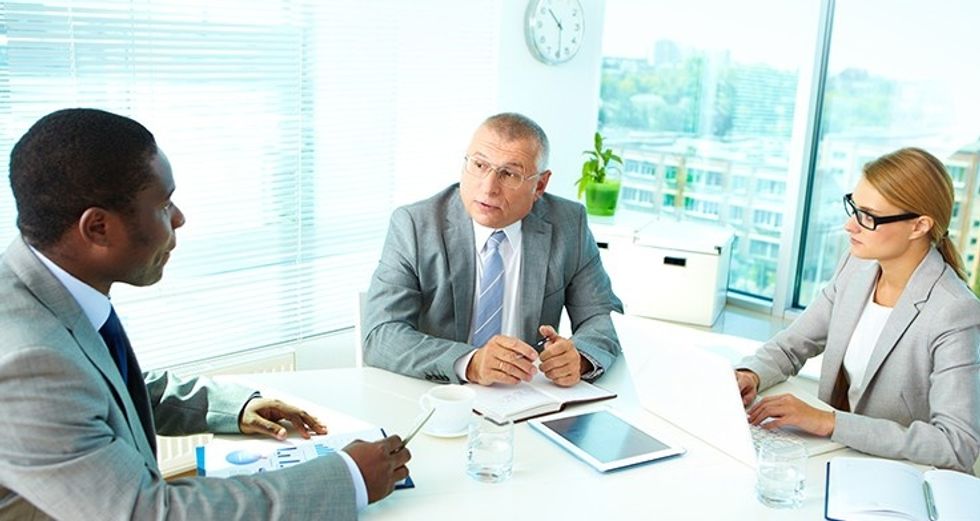 Conflicts between workers can generate tense workspaces that ultimately harm the company and its proper functioning. That is why finding a way to solve these conflicts is vital for any organization. Mediation is one of the processes that can be followed to resolve conflicts and that, not only can solve the problem, but is also a type of management that will favor business competitiveness. We tell you what mediation is and how it can help your company.

Speaking of mediation as a value that drives business competitiveness may surprise many, however, it is one of the main advantages that mediation can bring to an organization. This conflict management model is done through a friendly and non-judicial way, therefore, the prominence and the solutions fall on the people who come to mediation, not the mediator. This is the big difference compared to other commonly used alternatives, such as arbitration or the courts: here the mediator does not decide, but the agreement is agreed between those who participate in the process.

Mediation is an expanding model in Spain, but in Anglo-Saxon culture it is a process with a long history and development. His philosophy is clear: why are we going to entrust others with the solution to a problem that only concerns us?

Mediation consists in creating a meeting space for two or more people, with different visions of the same issue, to talk and raise meeting points with the help of a neutral and impartial third person. The MediatorKaart facilitates the process. We therefore have an effective alternative that will help us rethink in the future how we will solve the next problem that arises in our entity.

Mediation presents very simple rules. We start from the basis of the will to want to talk and listen with whoever thinks differently. The challenge is then to get the two parties to reach a joint and satisfactory solution.

Let's see below the basic elements of mediation:

Voluntariness: the parties decide to participate in mediation themselves. Voluntariness is maintained during the process, as they can leave if they deem it appropriate. The MediatorKaart, on the other hand, can also stop him if he understands that progress will no longer occur or there is an imbalance or bad faith among the attendees.

Confidentiality: all of the above is limited to a private space, so it is collected in writing and maintained during and after the process. Confidentiality is an aspect protected by Law 5/2012, of July 6, on mediation in civil and commercial matters. The mediation agreement is a strictly private matter.

Flexibility: the conversation is not corseted by a rigid procedure and adapts to the needs of the parties, which in turn can provide a wide range of options for debate.

Agility: mediation is also a quick process that can be concluded in weeks or months. The pace and number of meetings (sessions) is marked by the process.

Lower cost: the parties cover the economic cost of the process at 50% unless otherwise agreed. The expense is significantly lower than other alternatives and the duration of the sessions is around an hour and a half.

The mediator acts as a catalyst for this face-to-face conversation or in a virtual format and ensures its development within a space of respect that takes place in two types of sessions; or joint or, if deemed necessary, individual. Going to a professional mediator who directs the process independently and neutrally is the first step to initiate a mediation.

Causes of mediation in a company

The company, like any other space of human relations, is a frequent scenario of disputes and frictions that become conflicts or clashes, sometimes direct and sometimes take place in a more underground way. How these situations are managed will depend largely on the evolution of the company and the work environment in which they have to live during the next weeks or months, regardless of whether or not we have participated in what happened. Mediation then emerges as an appropriate strategy to approach seemingly opposite positions.

The origin of the problems is not limited to the most common among bosses and workers, but they also occur among colleagues, the different areas of a company and even among the managers or partners themselves, as he reminded us in a recent post, Professor Raúl Jaime. Disputes may also arise with third parties: suppliers and customers, among others.

Business mediation applies to a wide variety of issues, such as financing or banking issues, the interpretation of contracts, rents, the application of insurance, franchises and those related to intellectual property and the use of trademarks and registered patents. There is a good formula for preventing conflicts: it consists in including in the contracts that we are going to sign a clause for the voluntary application of mediation as a way to resolve differences that may arise over time.

Companies that make mediation a strategic element will also strengthen their competitiveness by generating a new climate of interpersonal relationships, within the organization itself and with third parties. Mediation also provides a didactic element, as it allows us to learn to solve other difficult situations in the future through words.

Mediation is the only system in which the people who maintain a dispute are the true protagonists of their resolution. They assume their own responsibility in the process and propose possible solutions. The risk of the process is less because you can decide how far you can or want to go.

The satisfaction of participating and achieving the agreement allows the degree of compliance with what has been signed to be greater and more durable than in other systems since it is oneself who becomes a participant in the solution. Mediation, also in this area, is much more operational and effective. It's about applying a winning strategy, win-win style; for all.

Mediation is, in short, an opportunity to solve problems in a friendly way in a space of cooperation, recovering relations, without increasing confrontations and avoiding judicializing the conflict. The company then has a more productive climate, because let's not forgotten that tensions are enemies of competitiveness.