Matt Dillon: The Teammate You Can Count On
Odyssey

Matt Dillon: The Teammate You Can Count On

I have never once seen Matt Dillon late to a single practice or lift, never heard him complain about how difficult something is, and never seen him not follow a plan or do something he's told to. 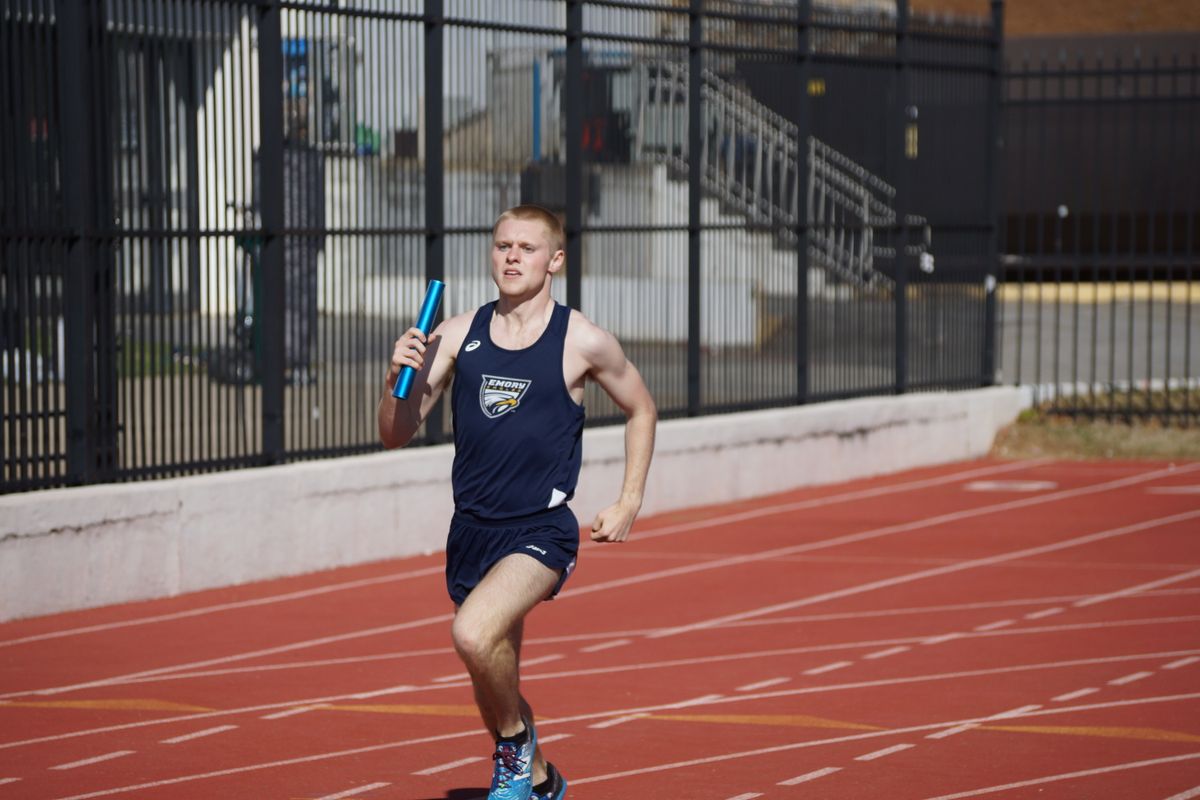 Since he was in ninth grade, freshman Matt "Mart" Dillon of Emory University has had a consistent, passionate hobby: collecting and selling Hess toy trucks. Hess, a New York headquartered gas station along the east coast from 1933 to 2014, has sold toy trucks since 1964 around Christmas time. Initially intended as promotional items to sell gas, Hess trucks became so popular that demand quickly exceeded supply, and customers were irate at the company for trucks running out at stations.

"Eventually I became interested in acquiring the older models from before I was born," Matt Dillon said.

Through collecting, modifying, and selling these trucks on eBay, Matt Dillon has made multiple thousands of dollars in the past six years. He has been a regular contributor to the Hess Toy Truck encyclopedias, having multiple Hess publications to his name. His personal collection has grown to over 60 trucks, and other memorabilia, and Mart has attended multiple Hess Truck Collector Meets along the way.

What started as a childhood obsession has substantially played into what Mart wants to do with his life.

"What I love about the Hess truck market is that it is constantly changing, meaning it requires constant attention. Checking online auction websites has become a daily part of my routine, because you never know when a great deal will come online," he said.

"This fascination (or obsession, as most would call it) is what has sparked my interest in business, specifically finance and economics. I am hoping to enhance the skills I have learned from investing in Hess truck through Goizueta, and hopefully eventually will be able to apply them to a career."

Mart's Hess truck obsession is only a sliver of his quirks as a person. When Matt Dillon came to Emory as a prospective student last year, he brazenly insulted numerous people on the team to make a name for himself, leading those of us on the team to dread the presence he would be on the team. Luckily, he proved us drastically wrong immediately upon arrival.

In eighth grade, he decided to start running cross country and track, which he describes as one of the most important decisions in his life.

"I realize now that I will never stop running. It's become too big a part of my life to just abandon for no reason, quite frankly."

From then, Mart went on to run phenomenal times of 4:21 in the 1600 meters and a time of 15:25 in the 3 mile, despite suffering numerous injuries throughout his high school career. His academic and athletic prowess would eventually lead him to the Emory University and the cross country team here.

As a teammate on one level, he is one who will always make a practice entertaining, no matter how much physically and mentally demanding a workout might be. Frequently, we will hear Mart engage in smack talk with our captain, Bennett Shaw, about how he will beat Bennett in their next race together. For him, there is often no point too serious to make a joke. In our group chat titled "Official Team Business," he will always be the person to crack a joke and get everyone to laugh.

"I have been fortunate enough to have joined a team full of funny and excited guys, each bringing their own unique contributions to the incredible team culture we collectively possess."

On a deeper level, however, Mart is one of our core soldiers and contributors, and usually an unsung one at that. He has been a model of consistency and has very few bad races, running personal records of 4:06 in the 1500 meters, 8:52 in the 3000 meters, 15:21 in the 5000 meters, and 25:49 in the 8k, demonstrating incredible range. In six of our eight cross country races, Mart was in our top 7, and his consistency and reliability earned him honors as our "Most Outstanding Newcomer" in the cross country season.

“Matt Dillon is the archetype of what you want in a freshman, he's an academic weapon, got such a great range as a runner and overall legend of a guy. Love the man to death,” said freshman teammate Holden Ringer. “If this man was a black petroleum-based substance he would be oil cause he's what allows this team to function at its highest potential with his oozing of positivity.”

I have never once seen Matt Dillon late to a single practice or lift, never heard him complain about how difficult something is, and never seen him not follow a plan or do something he's told to. He's the guy you know you can always count on as a performer and soldier, and that's something that's often overlooked when people mention or think of Mart and his various quirks. Likewise, if anyone on the team needs a kid to engage in antics or hang out on a weeknight, he is the first to volunteer. There are few I can say that about through all these years, yet Matt Dillon is one of them.

When I asked him how he did it and what the most rewarding part of the sport cited the camaraderies and friendships he has developed with the team.

"My teammates were the only people I remotely knew coming into Emory at the beginning of this year and I am forever grateful of how welcoming and accepting everyone on the team was. The bonds I have formed with my teammates are like no other and I wouldn't trade it for the world."

This has helped him tremendously transitioning to college, as his parents were often his crutch before coming to Emory, especially when he struggled more with various stress fractures and shin splints, in which they supported him as literal crutches.

"My parents have always been there for me when I was going through rough patches. I was very injury-prone in high school, meaning at some points I could not run for multiple months at a time," he said.

"Not running always gets me down, but my parents would always encourage me to keep my head up and ensure me that everything was going to work out in the end. Being away from my parents at Emory isn't ideal because I miss them a ton. But whenever I get homesick, I know I can turn to my teammates to lift my spirits. "

But along with his other quirks, he made sure to mention this:

"I cannot go without mentioning the absolute buffoonery that my fellow freshman teammates and I engage in on a day to day basis."

Only a month prior, Matt Dillon assisted his roommate in catfishing not only one, but two of his fellow teammates on Tinder. It was something that I had only imagined happening on MTV happening in real life, and was the talk of the town for days.

"Between prank wars and 'good vibes only' study sessions to nightly WoodRec trips and spontaneous games of slack-jaw, being goons with my teammates is usually the highlight of my day, keeping each one interesting and entertaining. College is definitely a time to grow and mature in all aspects of life, but the immature antics we get into will keep us young at heart," he said.

"Mart is an incredibly talented and devoted guy in all aspects of life. Whether it be running, education, friendships, or his persistent drive for the sweet late night relief of WoodREC chicken tenders, he is truly one of a kind and one of the most genuine people I've ever come across," ended freshman teammate and friend, Jack Whetstone.

"It has been a highlight of my freshman year to grow as close to him as I have."

A Thank You Letter To My Dog