"Manchester By The Sea": A Review

"Manchester By The Sea": A Review 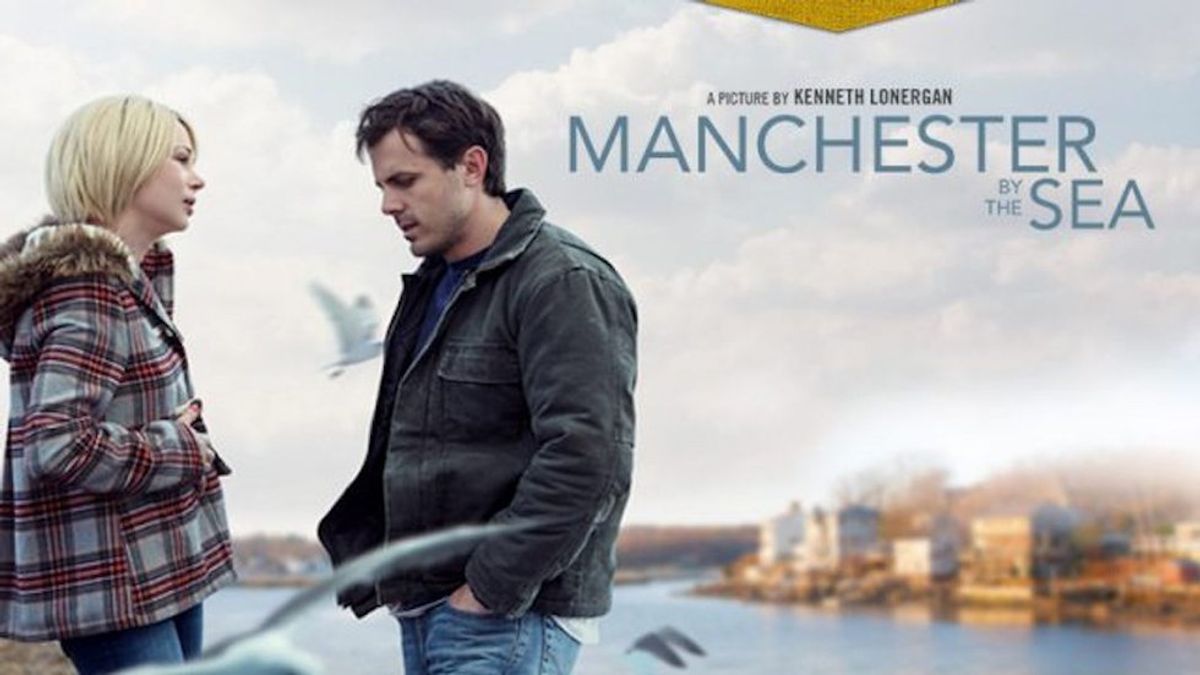 If you’re looking for a movie with a happy ending, don’t see “Manchester By The Sea”.

Roger Ebert called the movie “the funniest movie about grief” he’s ever seen but I don’t get why. There’s nothing remotely funny about it, even for someone with a morbid sense of humor like myself.

Casey Affleck stars in this Matt Damon produced movie as a self-destructive, masochistic depressive drunk of a janitor named Lee Chandler who fled Manchester for Boston after a tragic accident involving his wife and children. He’s dragged there after he learns his beloved brother, Joe Chandler, played by Kyle Chandler, named him the sole guardian of his nephew Patrick, played by Lucas Hedges.

Lee is understandably confused as his brother hadn’t ever talked to him about this. It seems he’s been estranged from his family for a lengthy period of time (the movie doesn’t bother to mention how long), so the choice is questionable. The reason given is that there’s no one else since Patrick’s mother is a drug addict and a close family friend has no room at his place.

We’re also supposed to believe that Lee and Patrick have had this unbreakable bond since Patrick was a child. The film spends literally one scene on this and even then it’s very muddled as to what’s going on. This makes it difficult to believe in or even get invested in their relationship until much later in the movie. This is one of the many problems with the storytelling in “Manchester By The Sea”.

Wanting to “not tell the audience how to feel” is where writer-director Kenneth Lonergan fails. He does exactly that in the scenes where you find out what the tragedy is that drove Lee from Manchester in excruciating detail. The scenes are designed to make the audience feel for Lee and his estranged wife in a way that stomps all over your heart in such a way that if you don’t, you might be a monster.

Other than that moment and one other one at the end, he takes a reserved approach to the storytelling. By doing that, he strips most of the emotion from such an emotional story. The audience is left to guess at what’s happening in every interaction and it’s not even all that clear where the movie is going after Joe dies. This doesn’t get any better at the end, where the movie just cuts off, like Lonergan ran out of ideas and was like ‘welp, let’s just end it here’.

I mean, there’s ending a story with no resolution and then there’s what Lonergan did. If you’re doing your job as a storyteller, I shouldn’t have to Google what you were trying to accomplish.

Without giving too much away, I will tell you that Lonergan bucked the Hollywood trend of giving every story a happy ending, even if it is an irritatingly unsatisfying ending.

At its core, the movie is about a man’s struggle to face both the loose ends he left after going to Boston as well as his own demons. That’s the only compelling thing about this movie. In fact, Lee and his estranged wife become the only likable main characters in “Manchester By The Sea”.

Who wants to root for a surly teenager who comes off as a jackass for most of the movie? Not me. Even figuring out that Patrick was acting out because of his grief didn’t motivate me to root for him or sympathize with a problem the movie spent a great deal of time on: him having two girlfriends. There’s a good story in here… somewhere. I’m just not sure it was told in the best way.