The Magnum Opus That Never Was: The Thief And The Cobbler
Odyssey

The Magnum Opus That Never Was: The Thief And The Cobbler

A celebrated director that spent 31 years creating a disastrous film. 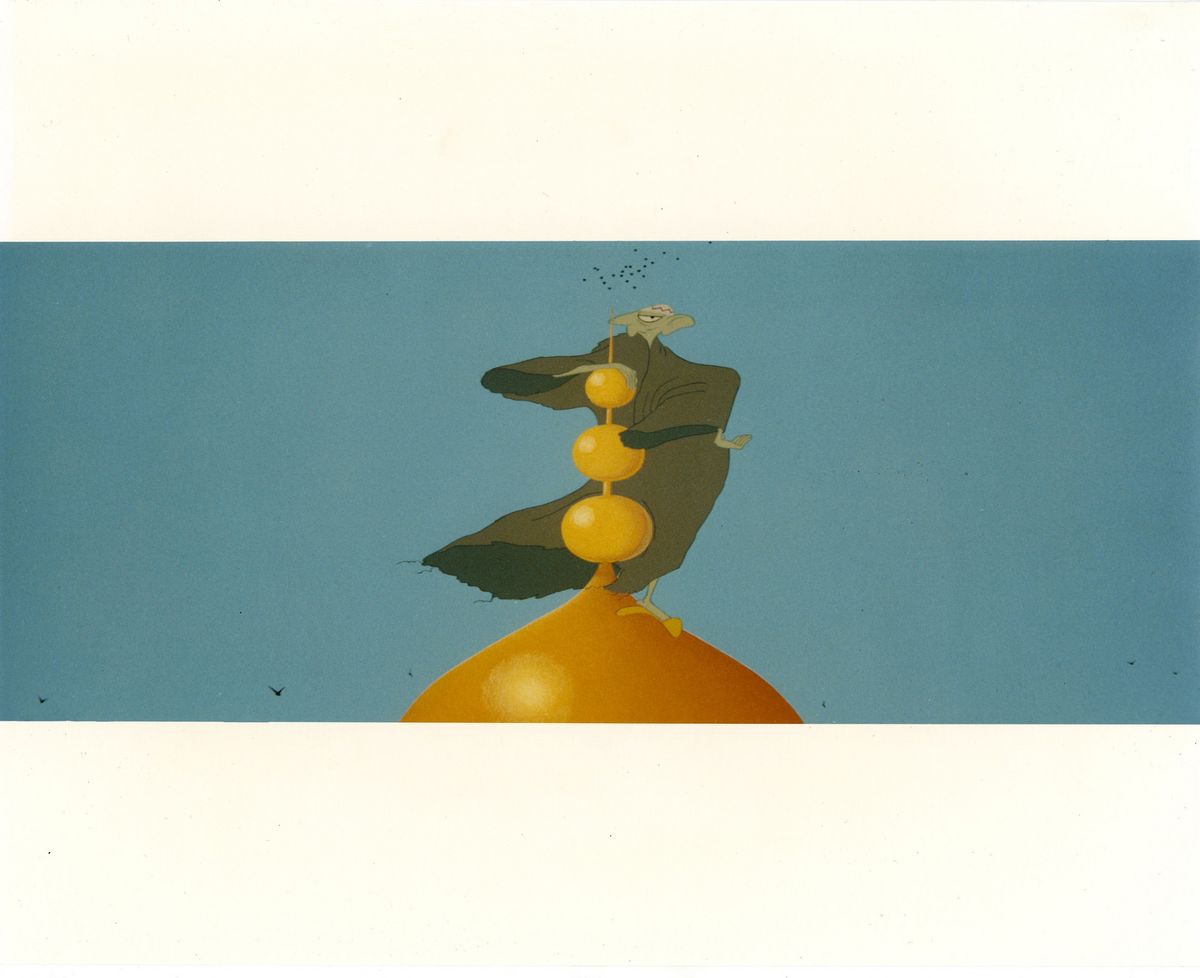 Richard Edmund Williams is one of the most celebrated and prolific animators over the past 60 years. He worked on his first animation film back in 1957, The Little Island, being a director, writer, producer, animator on the whole project, before it was released in 1958 or 59, depending on the source. He would continue working on various live action and animated films, before he truly made it big in 1988 when he multiple credits in the animated classic Who Framed Roger Rabbit, being an animator, director, and the voice of Droopy on the feature. In 1993, five years later, The Thief and the Cobbler was released, another film directed by him. The film takes place in an Arabian city, the Golden City, led by the ever tired and senile King Nod. As the prophecy predicts, if the 3 golden balls uptop of the tallest minaret, chaos and anarchy will sweep the city. It could only be saved by the "the simplest soul with the smallest and simplest of things". From there, a cobbler named tack, and the King’s daughter, Yum Yum set out to save the city, while Grand Vizier ZigZag tries to take over the kingdom, while an invading army comes ever closer to the Golden City’s gates.

This was not loved like Roger Rabbit in the slightest. A film that I have not watched, but has been ridiculed by many, including Doug Walker/the Nostalgia Critic a few decades later, out of the 28 million dollar budget, it only made $670,000 at the box office. What might’ve been unbeknownst the moviegoers in Australia (before it arrived upon America’s shores in 95) was that it went through absolute production hell. Self-funded, he started production on it in 1964. It took 31 years before it got released, due to various setbacks, delays, and WIlliams’ involvements in other projects. Over the three decades, various names were thrown around; Sean Connery, Vincent Price, Felix Aylmer, Steven Spielberg, Anthony Quayle, and even an Arabian Prince were one way or another involved in production. Along with that, several companies were involved in production and distribution, first starting out with Williams’ own production company, Allied Filmmakers, Majestic Films, and Miramax. Artists from three different countries were all involved. It was truly Revolving Door: The Movie.

Many criticized the film for being a cheap knock-off of Aladdin; with strikingly similar plot structures, locations, and character designs, and well, that’s somewhat true. Williams’ was inspired by the novel Arabian Nights, and started coming up with the plot. And while animators came in and out of the door, two of them, Andreas Deja and Eric Goldberg found their way onto Aladdin production, being inspired by their previous project under Williams. Then, as Aladdin was released 3 years before its American release, the production focused onto copying the film that their production originally inspired.

As stated previously, the film did not do well in the slightest. Poor Richards Williams has been working in the animation field for 60 years, 31 of which were spent during the production of this film. That must drive madness into the mind of a man. Though, during production, when at one point when Warner Bros. was involved, a bunch of reels were thrown away into the trash of the company’s head of animation. An animator working there managed to save some of it; 40 minutes, in fact. This’ll become relevant later.

In 2006 a very dedicated animator fan and independent film maker by the name of Garrett Gilchrist managed to start to restore the original film. You see, Richard Williams didn’t want it to be some sort of run-of-the-mill kids film. I doubted he would’ve spent 31 years in torment to get this film developed. He saw it as his magnum opus - a more artistic film targeted towards adults. Gilchrist would make a couple more “recobbled” editions over the years, with ones in 2007 and 2013, as he gathered more and more footage, drafts, and drawings over the years. I’m assuming one of the more useful ones were the 40 minutes recovered from one head of animation’s trash. Though they aren’t 100% what Williams envisioned. Some of the music was added from the other editions, and some plot changes were made, in order to make the story make more sense, according to Gilchrist, though they don’t seem to be anything that major. Best of all, this labor of love was released for three, posted on YouTube where anyone can watch it.

I watched the Nostalgia Critic episode a few years ago, talking about Cobbler, I watched maybe the first 14 minutes before I got distracted. When I saw someone talk about it on my Tumblr feed, I decided to give it a second shot, which was well worth it. Gilchrist is a hero, and the cut is genius. The artwork is very trippy, with optical illusions, contrasting colors to the max, and constantly changing perspective. This is the best part of the movie, I’d say. Just looking at everything. When the thief and the Cobbler start chasing one another through black-and-white corridors that make your eyes question what exactly you’re looking at, it’s pretty amazing.

When the Vizier is introduced, it’s this grand event, with red carpet and celebrations, all being captured at strange 2D angles and perspectives, which you don’t really see. The tips of the shoes of the advisor roll out, and roll back in, with jewels all over it. The character design of the various trumpeters and the cronies of the Vizier are also strange.

Though what I love the most is the design of the invading army at the climax of the film. It’s all black and red, which giant machinery, mixing an industrial modern feel with complex contraptions for war, with a more medieval feel, with gargantuan catapults. And as the climax happens you see how the machinery works, with a Rube Goldberg machine feel to it, while the thief runs through it all, trying not to get killed. The ending of the film is cliche, but I was truly amazed by just how everything looked. The only criticism I can give involving the animation is sometimes how the characters move awkwardly at points, but I’ll put that on the production, and they couldn’t be worked on.

This film is beautiful, and if you want to check it out, you can find the full cut here.
Report this Content
This article has not been reviewed by Odyssey HQ and solely reflects the ideas and opinions of the creator.

Kassie Hsu
Baylor University
1684
Panda Whale
Here are 100 things I'd rather to than study. I know the semester just started, but
Featured