With a Pride month marked by a pandemic and racial strife, "Victor" gives us a light in dark times. 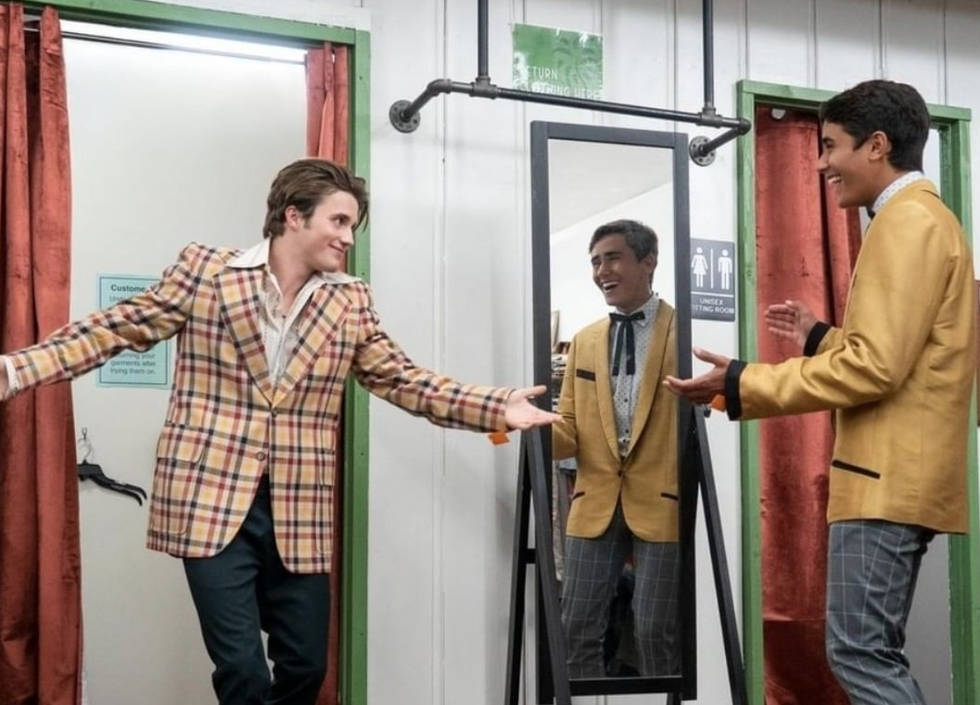 June has probably been the most trying of 2020 thus far. Not only are we trekking through uncharted territory with the coronavirus pandemic, but we're also exhibiting yet another wave of police brutality and an inability for the country to grapple with its racist legacy.

And with these two things, the future looks bleak for many of us. Some of us are foaming at the mouth for quarantine to be over, others are wondering if they can go out in public and feel safe, and some are feeling both. And for our LGBTQ siblings, this is all blowing over during a month which is meant to celebrate Pride.

Enter Hulu's new series "Love, Victor," based on the 2018 film "Love, Simon," which gives us light in dark times.

The series follows Victor Salazar (Michael Cimino), a 16-year-old struggling with his sexuality as his dysfunctional family moves to Creekwood, Georgia, where the famous Simon Spier (Nick Robinson) of the original film attended. As he is catapulted into the heavily scrutinized community of Creekwood High School, he soon finds himself dating the extremely popular Mia Brooks (Rachel Naomi Hilson) after becoming a rising star as the school's basketball star.

Victor keeps pushing away any romantic endeavors with Mia, all as he continues to develop unbearable feelings for Benji (George Sear). And while he's juggling his romantic life, Victor has to deal with a family marked by an ugly history back in their native Texas and a group of friends that have romantic issues themselves.

Especially as Pride months are canceled throughout the country due to the pandemic, "Love, Victor" has many of the elements that made "Love, Simon" so heartwarming: wholesome, funny, memorable, and at-times gut-wrenching.

Not only is it a lovely LGBTQ-oriented coming-of-age story but it also is a story that deals with family dynamics such as divorce, step-parents, and trauma. Each character has their own unique plot which at the same time doesn't veer away from the main plot of the series.

What's also amazing about "Love, Victor" is that it's one of the very few LGBTQ shows that doesn't have a tragic ending. In a genre typically defined by plotlines where someone dies or falls depressed, this series--much like its film counterpart--ends on a relatively high note.

With the exception of the damning cliffhanger (which I won't spoil!), "Love, Victor" gives us a rollercoaster of emotions that many LGBTQ audiences want to see beyond the parameters of heteronormativity.

In the end, "Love, Victor" is essential viewing not only for Pride month but for those looking for a ray of light in the depressing times we're living in. With an adorable cast, steady plot, jaw-dropping twists, and the perfect amount of wholesomeness, "Love, Victor" is that quintessential guilty pleasure we all love, whether we like to admit it or not.

All episodes of "Love, Victor" are streaming on Hulu.