Lizzo, I'm Sorry But Your Courtside Outfit Was Not Cute Or Empowering, It Was Embarrassing

Lizzo, I'm Sorry But Your Courtside Outfit Was Not Cute Or Empowering, It Was Embarrassing

You may have been feeling good as hell, but I was embarrassed as hell for you. 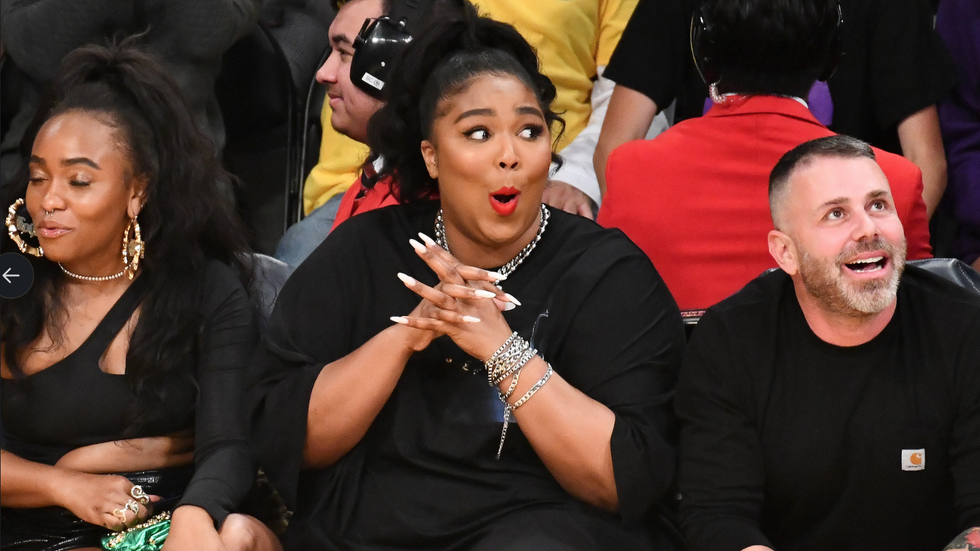 Lizzo has become a staple for body positivity and I applaud her for that. Still, there is a time and place for everything and the court-side at the Lakers game was neither the time nor place.

On stage when she's performing, that's fine and expected of her. Celebrities often wear their most racy outfits when they perform anyway and when she walks the red carpet, it's the same deal. A basketball game? Not OK.

She's standing by her outfit choice and said, "I don't ever want to censor myself…I'm not going to quiet myself. I'm not going to shrink myself because somebody thinks that I'm not sexy to them. It doesn't really matter what goes on on the internet, nothing really breaks my joy.

The outfit wasn't cute. It wasn't sexy. It wasn't acceptable in any way.

She said that Rihanna covered in Swarovski diamonds at the 2014 CFDA Fashion Awards was her inspiration for her choice of outfit for the basketball game. Once again, there's nothing wrong with that - except Rihanna was walking a red carpet where there wouldn't be many impressionable children around.

That's what Lizzo is missing.

The outfit was something and it wasn't empowering - it was embarrassing. Lizzo does not understand that people didn't hate her, they hated her outfit. People of the Internet don't understand that other's aren't bashing her as a person, it's her choice of outfit. However, some trolls were saying crude things to her through social media because they're rude and have nothing better to do.

People didn't hate on you because you are a "fat black woman," but because you chose to wear an outfit that did not fit the occasion in a family setting - you could be 90-lbs and it would still be inappropriate to wear.

Still, from most of what I saw, it was her choice of outfit that caused a greater commotion than her as a person.

It's not LIzzo's job to make people around her feel comfortable because she's a plus-size woman. Still, I would hope that she would've had more common sense to not wear what she did in such a public setting.

Lizzo, you have the right to wear whatever you want, but when you step foot into an arena where you know small children and families are present, why would you think that it's OK to wear your cheeks out?

10 Netflix Hotties That'll Have You Sweating All Summer Long