To The Girl That Claims She Is Not A Feminist

To The Girl That Claims She Is Not A Feminist

This is not about playing the victim. This is about speaking up and not allowing our voices to be silenced by our oppressors. 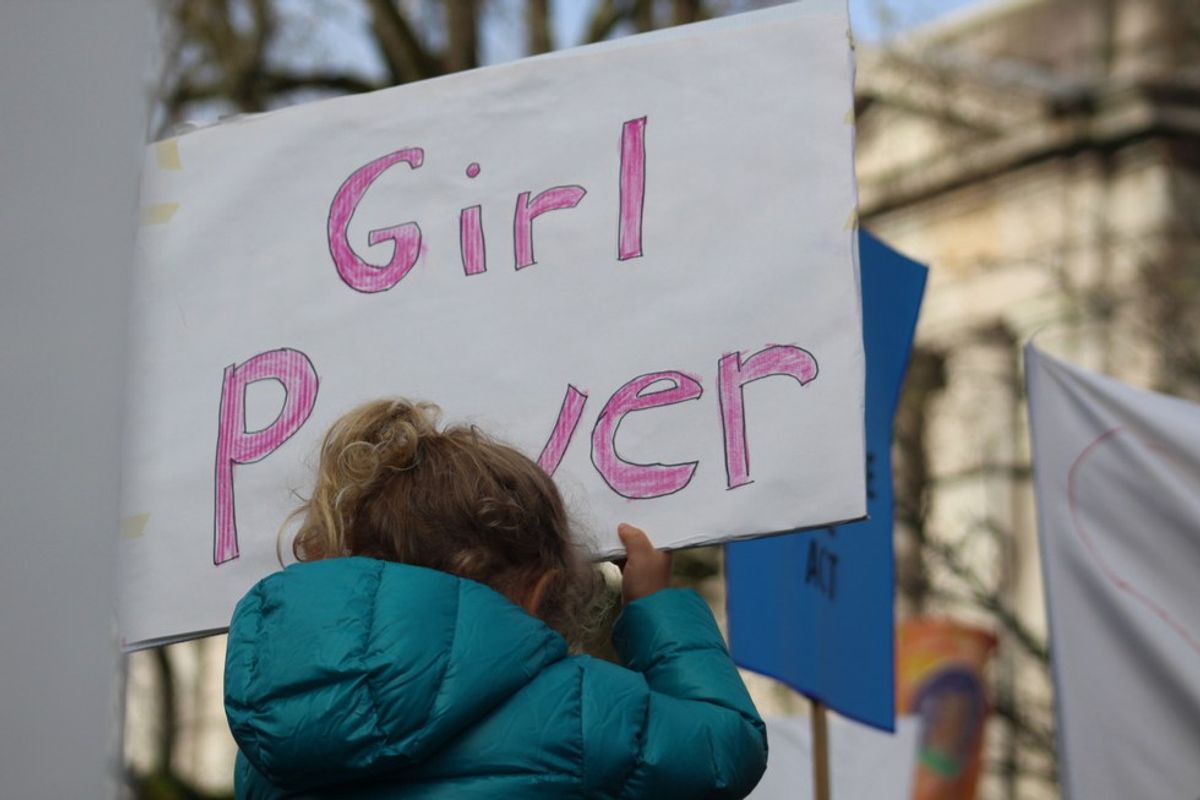 I'll start off by saying that you're not alone in claiming that you do not identify as a feminist. I've come across many, many girls who think "feminists are crazy" or that "we do have equal rights" or "I don't hate men." What I'm not sure is that you understand is what a feminist actually is. Feminism is defined as, "advocating social, political, legal, and economic rights for women equal to those of men." Feminism is not hating men, or trying to rise above them or prove that women are better than men. You might have "feminist" confused with the term "feminazi". Feminism is not a negative term is any way, as it is simply advocating for equal rights of the sexes. Feminism is also not exclusive to women, as many men are also feminists in the same way that white people can participate in the "Black Lives Matter" movement, and straight or cisgender people can advocate for the rights of LGBTQ people. If you support equal rights of races, sexualities, and backgrounds, and equality for people in general (since that is, in fact, what this country was founded upon), you are most likely, indeed, a feminist.

What I have to say to you as that you should consider yourself lucky. Really, really lucky. You are obviously at a place in your life where you feel that you are not discriminated against or socially lacking because of your gender. But this is all thanks to feminists before you who have fought hard for your right to vote, hold a job, run for office, make choices regarding your own body and be paid well. Although you may feel as though you are not a second class citizen and that you do not need feminism, there are millions of women out there in another country that do need feminism. Like any other social movement, this should not be just about you. There are many women in this country that are suffering. Just like you would support members of other races or sexualities that are facing discrimination, you should support other women by being a feminist. There is a problem in our society that needs fixing, and it begins with your support. If you won't be a feminist for yourself, be a feminist for women all over the country who are suffering.

This is not about playing the victim. This is about speaking up and not allowing our voices to be silenced by our oppressors. Being part of the feminist movement is one of the most rewarding things you may do, because chances are that even if you are not suffering, there are many females in your life who are, in fact, suffering in silence. It's time to rethink what feminism really means.