A Few Gorgeous Destinations In The Land Of The Rising Sun

With four islands to choose from, Japan is a beautiful and exciting country to explore

For my graduating senior trip, I explored the lands of eastern Japan, going so far east in fact that it was the next morning when we landed in Tokyo! While the eighteen-hour flight may seem intimidating, it's worth it for the complete experience this other-worldly place has to offer. From Tokyo to Osaka and all the cities in between, here are a few memorable spots listed in no particular order: 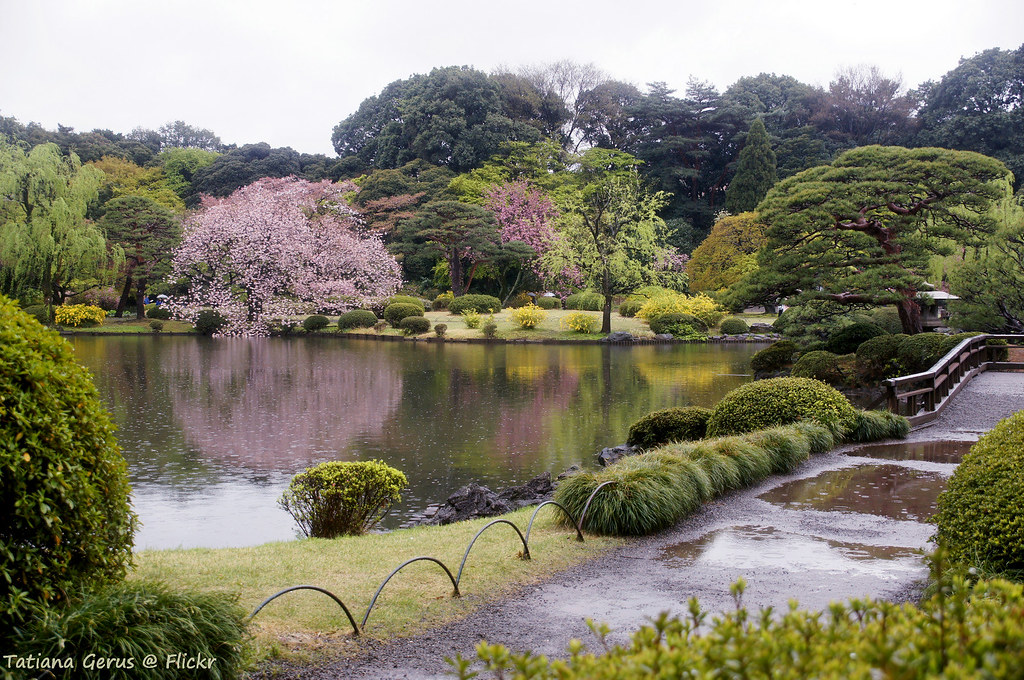 Located in Shinjuku and Shibuya, this national park has open green spaces to offer, plenty of picnic room, and scenic views of old Japanese architecture— including the prince's former home overlooking the terrace. It was apparent this was a popular spot for artists, as there were painters everywhere! With undeniably beautiful flowers and hand-sculpted trees— quite literally, since they manipulate the growth of their branches— everything around the park seems so different from what you'd typically see in Europe or America. To contrast their styling, there was an additional section dedicated to both English and French gardens.

2. The City of Hiroshima and the Peace Park

World War II was a dark time in the history of the world, and some of the greatest war crimes known to mankind were committed not only just by the Germans, but by America as well with the infamous atomic bomb. With Hiroshima being the target of one of the two atomic bombs, the sheer power of the blast laid the city to ruin and rubble, and for decades the atomic effects were felt by the country and it's civilian people. Today, however, Hiroshima stands actually as one of Japan's bigger cities and an epitome for peace with its world-renowned Peace Park. Origami figures create large works of art asking for peace to the world and still standing are the rubble and remains of the A-Bomb dome, a building just meters away from where the bomb was actually dropped. The dome was kept there as a haunting reminder of what happened that day.

Talk about deer central! One of the oldest parks in Japan, Nara Park is home to hundreds upon hundreds of deer, who are considered sacred and therefore outnumber most tourists two to one. There are tiny shops scattered across the park selling deer-themed items and snacks. Also make sure to also check out the Buddhist Sculpture Hall, which provides an in-depth look into Buddhism, as well as the history of its evolution over time in culture.

With a 318-foot tall waterfall nestled into the valleys of Nikko National Park, this natural beauty is gorgeous year-round. Cherry blossoms decorate the crystal-blue falls in the springtime and a crisp array of oranges and red reflect it in the fall. Even in winter, the water still flows! But be mindful of the monkeys that populate the area, I learned as I was touring Nikko they had a big monkey problem— these predators will target you if you have food!

Despite its seemingly small size, Japan's geography is diverse, hosting beckoning cities and grandiose mountains and breathtaking waterfalls. You could spend months traveling the whole nation and still have so many sights to see. But you can definitely narrow down your itinerary by zeroing in on a few destinations like these four!

Caitlyn Morral
St Bonaventure University
538
Wordpress
Odyssey recognizes that mental well-being is a huge component of physical wellness. Our mission this month is to bring about awareness & normality to conversations around mental health from our community. Let's recognize the common symptoms and encourage the help needed without judgement or prejudice. Life's a tough journey, we are here for you and want to hear from you.