Feminism Is Encouraging Women To Think For Themselves, Not Forcing Them To Conform To Certain Beliefs

Feminism Is Encouraging Women To Think For Themselves, Not Forcing Them To Conform To Certain Beliefs

Feminism has another side to it, and it is not positive. 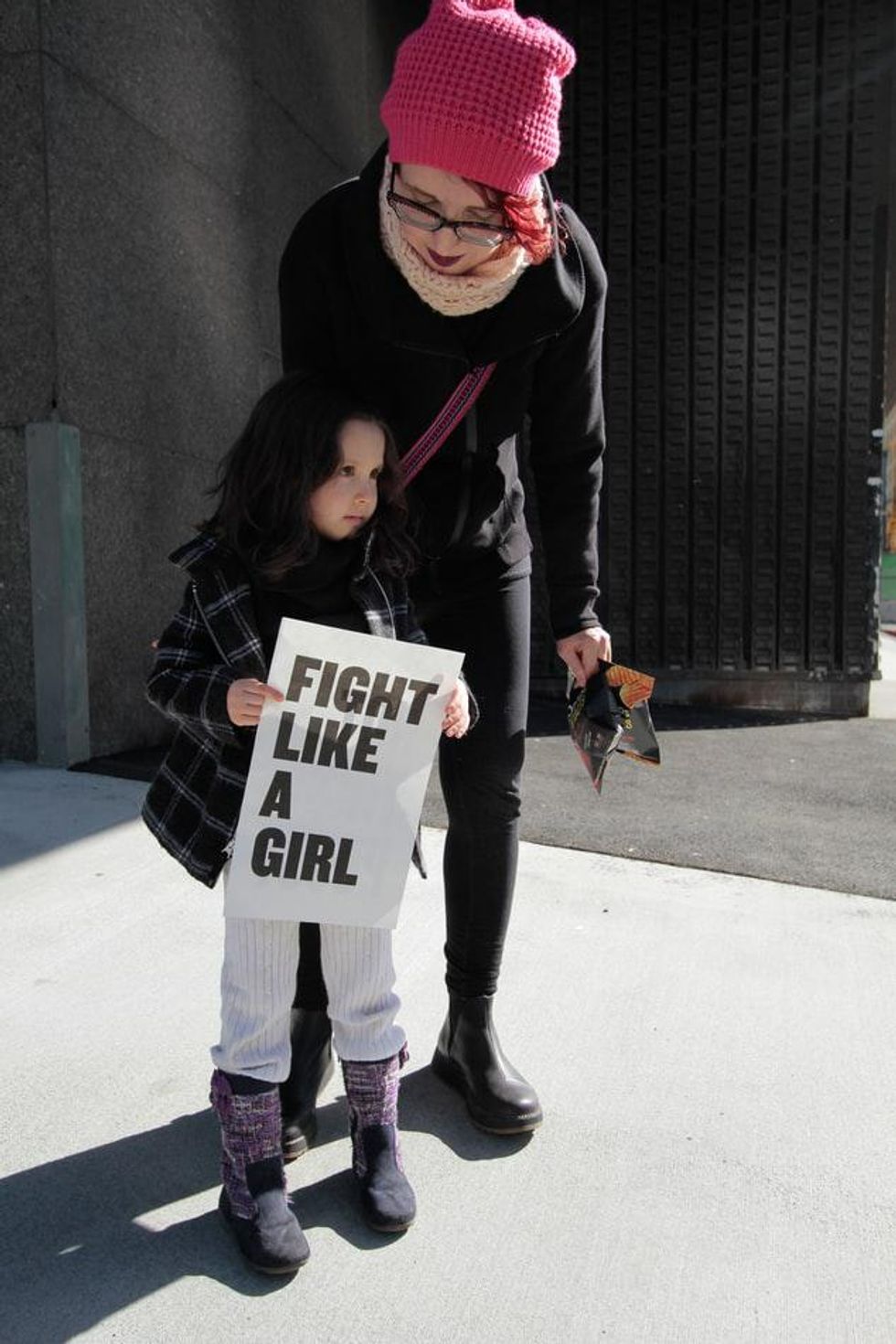 Photo by Rochelle Brown on Unsplash

As I was growing up, I have always had strong female role models in my life. I had my mother who was a nurse, entrepreneur, and an amazingly strong woman. I had my aunt who was a business major and got her MBA and then worked in what was considered a "man's world" and helps to run a business. And of course, I cannot forget about my amazingly strong and influential grandmothers.

All of these women told me that as a woman, I will be a part of a community of uplifting and caring women and that women always support women, no matter their differences.

Being a woman, especially in the past, has been hard. It has created challenges that men could never understand.

As I got older, I began to understand this more. When I went to college, I saw how women brought each other up, helped one another, and supported one another. Sure, there are some exceptions to this case with women who don't care about feminism or feminist values, but most women support one another.

This has always been important to me, but there is a negative side to this forming. In this political climate, there is a lot of pressure to conform to a certain set of beliefs. During the election, I saw a lot of women attacking other women for their political beliefs. But this goes more outside of just politics.

Feminism was formed to advocate for women's rights but has grown to include everyone and to create equality. Equal rights have been fought to be achieved for many years and we are making progress, but now it is taking a negative turn. In 2021 it seems that only women who have the same beliefs as the majority can be a feminist. This is not how feminism is supposed to work.

Powerful writers who have strong political beliefs have started writing articles that say a person can't be a feminist if a female is conservative or if a person is male or if a person is something other than what that author wants them to be. But feminism does not have a strict definition. It is not a invite only group.

Anyone can be a feminist, and those who try to tear other women down are not feminists.

This was really made clear to me when it happened to me personally. I was in a group chat with some friends that I had known for awhile. A topic about personal beliefs came up, and one of the girls in the group who claimed to be a full feminist, a person who wants everyone to be equal and believes that we should lift others up, started shaming me for my personal beliefs.

She would say things like "If you're a woman and you believe that then you have something seriously wrong with you" and saying that my beliefs shouldn't be heard. This really showed me that this almost reverse feminism is getting more and more present in everyday life.

Feminism is something that is so important to so many women and to me as well. But is this what feminism is coming to? If feminism is going to become toxic and make people conform to what certain people think, is that OK? Or is that the exact opposite of what feminism means?

There is nothing to call this either. When I think about it, I almost want to call it reverse feminism, because it's not bringing people together or advancing us any closer to equality; it's backwards, harmful, and takes us back in the fight for equal rights for everyone.