Is Everything That You Know Nothing But Lies?

Is Everything That You Know Nothing But Lies?

Many of us are misled in our quest to understand the world around us and ourselves, here is how to figure out if you are on the right path. 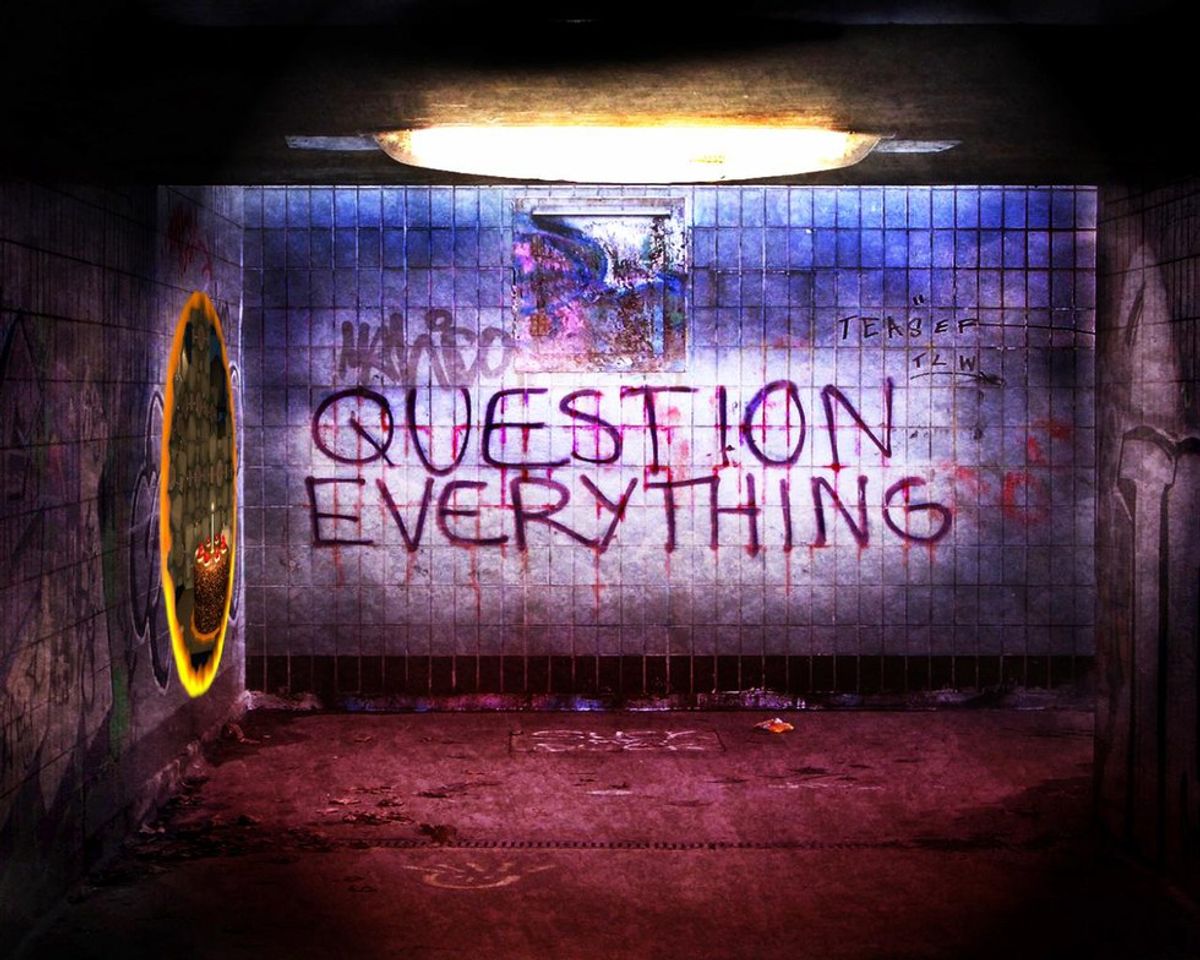 Socrates once said, "the unexamined life is not worth living," and to that effect I ask you, what if I told you everything you know is a lie? That the world you live in is a colorful mirage covering the deeper truth? It is so often I meet people who seem to think that they have the world figured out. They always have a set and strict list of the laws of life and what is possible, and anything outside of the small circle they have drawn is unheard of. Oftentimes, upon meeting a stagnant being like this, I will poke and prod at their systems and the realm of possibility they’ve chosen to occupy. Always, I am met with resistance. The more people are made to think through what they believe about our world and reality, the more they have to convince themselves of their previously perceived reality. They start to notice the holes and wrinkles in the things that they have never given deep thought. As a naturally deep thinker, I would love to wear the security blanket that these systems tend to be used for, but unfortunately, I can’t.

For instance, many of us understand the general pattern of life that most of us can expect. First you’ll go to high school, then college, and then get a job to pay your student loans, get married, work, and then die. Does that feel right to you? Once I realized that pattern, I was mortified. I began to ask myself “is this all life is?” and wondering how we got to this point of having lives that all follow a very similar general pattern without realizing it. I can’t be put in a box, and I actively fight against anything that tries to force me into one. But some of us love our box, when this recently entered a conversation with my friend about the pattern of life, one of them said, “well what’s wrong with that, that’s just how life is”. Needless to say, I was puzzled. How could he really think that the life that this society has built for us is all that’s out there? I knew for sure that whatever this pattern was, I was determined to break it. But some people have been programmed to only desire and work towards what they are shown. We are all born into a society that follows the same patterns, some question the pattern, and wake up. Others, however, never question, and spend their existence living a life that has belonged to millions before them. Is that the life you want? Or is that the life you’ve always been shown?

People don’t realize that very often, their thoughts aren’t their own. Why do you like that? Why do you want that? Why do you think certain things are possible? Have you tried and pondered them all? The answer is always “no” or “I don’t know”. We see, hear, and are told things that stick into our minds. Then our minds are formed around the realm of possibility that is shown to us, not what we explore on our own. The answer to a question about reality should never be “because that’s just how it is”. If we constantly say that, then we are stuck in the same time loop of non-discovery. If we always think that things are this way just because that’s how it is, we will never question, never grow. We can’t assume that all the things that we know and can perceive about our reality right now is all that is possible. How can anyone believe that humans have discovered and understand that much? Or that there is one general path of life for everyone? We would be limiting ourselves infinitely if we stop now and all agree that we have explored enough. All walls are built to be broken, ideas are meant to be challenged, and paradigms are meant to shift. We cannot get to a certain point and then just continue on that same level because we cease to push ourselves to question old ideas to form new ones.

Nowadays, people’s perceptions are formed by all of the different sorts of media we have that run and shape our lives. The news, movies, TV shows, and social media that we are all surrounded by are constantly molding what we believe about the world, ourselves, and our reality. It is almost impossible to escape the mental confinement that occurs from existing in this sort of society, if one is not constantly questioning everything. Every idea, every ad, every social construct. Question it all. And if your experience is anything like mine, you’ll realize how much of it is a lie, how much of it is there to hold us back. Once you let go of the invisible shackles that hold everyone down, and your perception expands past the colorful ads and mental programming, your reality will expand and evolve. You will begin to find your own truth, your own ideas, and your own perceptions. A world full of people that are constantly questioning, constantly challenging, will make leaps and bounds compared to a world where everyone accepts the same truth that is forcibly shown to us all.