If We Were The Body
Odyssey

If We Were The Body

"Jesus paid much too high a price for us to pick and choose who should come." 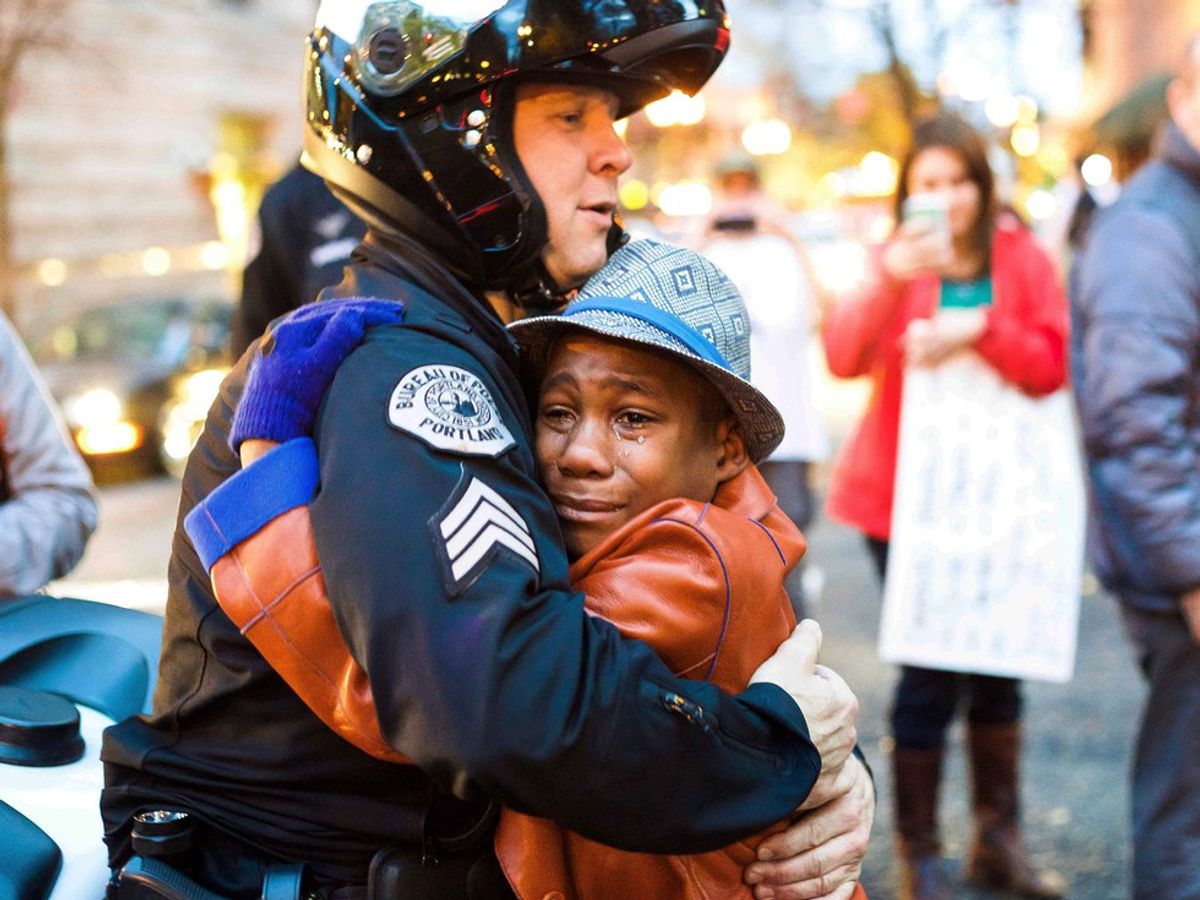 It's been a tough week for the United States. Heck, it's been a tough year. It almost seems like the flag has been at half staff more than it's been all the way up over the past six months. There has been death and hate coming from several different directions, and it's been directed at so many different groups, dividing us more deeply than ever before as a nation. Families are torn apart, protests are constant and every day the outlook seems bleaker, according to what the news media shows us.

I've written over 60 articles in my time with Odyssey. I write every week, sometimes twice. I always have something to say. But this week has me at a loss for words. I could put in my two cents on the tragic deaths of black men and police officers that have happened this week, but I don't want to. I toyed with remaining silent this week, because I feel like I have nothing to say. The tears I've shed watching the news should speak for themselves.

When I draw a blank, that's where Jesus comes in. When we're at the end of our rope, and feel incapable of speaking or acting, that's when Jesus can most clearly speak through us and work through us.

I've seen many tweets and Facebook posts sharing the sentiment that it's time for Jesus to come back, and I understand the sentiment. I understand how helpless we all feel and that at times it seems as though it would be easier to end this world and move on to the next, but there's another way.

It's time we remembered that we are supposed to be his hands and feet.

We are told to serve as the body of Christ on 22 separate occasions in the Bible.

Romans 12 tells us: "For just as each of us has one body with many members, and these members do not all have the same function, so in Christ we, though many, form one body, and each member belongs to all the others. We have different gifts, according to the grace given to each of us."

Contemporary Christian group Casting Crowns released the song, "If We Are The Body," in 2002, which begs the question, "If we are the body, why aren't his arms reaching, why aren't his hands healing, why aren't his words teaching?" Later in the song, Mark Hall says the most convicting thing of all: "Jesus paid much too high a price for us to pick and choose who should come." The question still stands 14 years later.

Jesus didn't die so that we could kill each other over the color of our skin, or the uniforms we choose to wear. Jesus died to pay our sin debt in full, and in the Bible his disciples instructed us to love each other and to embrace our differences. At some point, we forgot that and we've given up.