I Watched Us Again and the Movie Improved

I Watched 'Us' Again, and the Movie Improved 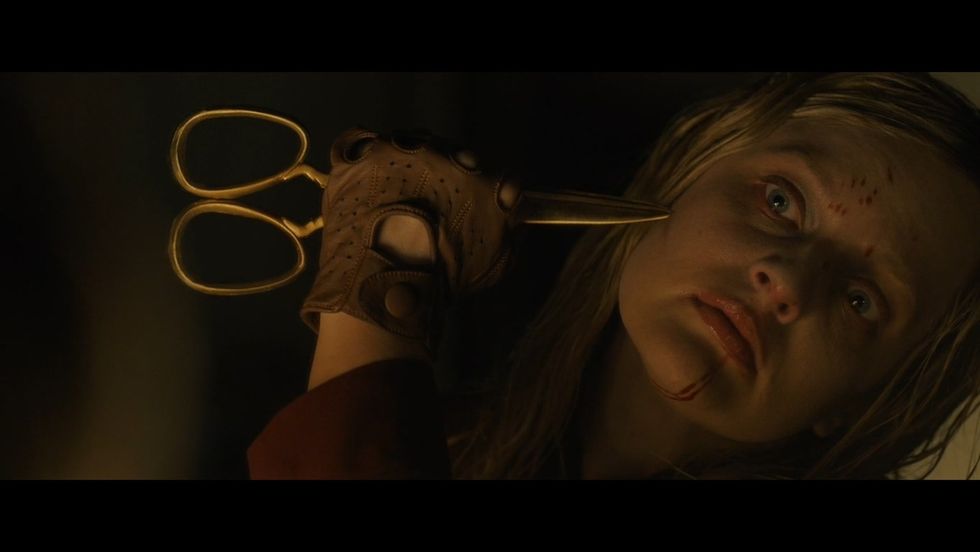 Jordan Peele's latest film, Us, came out about 3 months ago, and I haven't seen it since opening weekend. When I first saw the film, I thought it was a neat little sci-fi flick, but I still preferred Peele's previous film, Get Out. I recently just picked it up on Blu-ray and decided to sit down and re-watch it. On a second viewing, I realized that there are certain angles and sections of this film that are just way more effective after you've seen the movie. Since I'll be talking about the whole of this film, and Get Out, including the twists at the end, spoilers ahead.

Get Out was a film that had a very race driven message in it. It had a lot of subtle themes and messages, and the film felt more meaningful because of it. When I saw Us, it felt like a typical sci-fi/horror film, with no underlying messages at all. However, when I re-watched it, I saw what I had missed the first time. This film doesn't have a lot to say about race, but instead chooses to say something about Class in America, and how the disenfranchised are often ignored.

In the first encounter with the Tethered, when asked who they are, Red says "We're Americans". This is right after a speech about how she lived her whole life as a shadow, forced into a horrible life based on nothing other than circumstance. Later on in the film, she reveals that she has been planning for the clones to come to the surface for years. She tells stories of the abuses they have suffered living underground, saying, "We're human too, you know."

Peele is playing around with the idea that the tethered are supposed to represent any form of disenfranchised people in America. This could mean poor people, or minorities, or anyone who feels they have been failed by the system. The overall point of their existence still stands. In the end, the tethered aren't looking to end mankind, or really participate in any violent acts (beyond a few exceptions from the main two families). In the end, when they link hands across America, they are simply making a statement. "We am here, we are real, and you cannot ignore us."

If you've seen the movie, you know the twist at the end is that the Adelaide we've been following for the entire movie is actually the clone, and the Adelaide we thought was the clone is the girl we see at the beginning of the film. When the two encountered each other during childhood, the clone brought the original Adelaide to the tunnels and chained her up, stealing her life from her. On a second watch you start to realize how this was hinted towards throughout the movie.

Let's do this chronologically. After the clone has taken her place, she doesn't speak for a long time. We don't see any of the other clones talk, just Red. Even when she does talk, it's in an extremely raspy voice. This could be because she had her throat crushed at such a young age by her doppelganger. When the clone is a child, we also see her playing with a rabbit toy at the therapists. This is significant because the clones main source of food were rabbits being held in the underground tunnels.

The biggest foreshadowing moment for me came right before the initial appearance of the tethered. When the clone is telling her story about encountering the girl in her childhood, we never see her face while she's telling the initial story. Instead, the face we see is reflection of her in the glass window. This is to show that the story being told is not through the point of view of the original Adelaide, but rather her clone; a pale reflection of the original.

Us is an interesting film. Even though I enjoyed it more the first time, this was only due to the fact that I was waiting for the other shoe to drop. It's the same reason I can't watch murder mysteries a second time. The story just loses something once you know all of the twists and turns.

However, While I didn't enjoy the film as much the second time, that is all down to personal problems. On a second watch, the story felt more solid, with less problems to poke at. While this movie DOES have it's share of problems, It doesn't ruin the overall solidness this film manages to achieve.