I Ran into Old Friends at Urban & Had a Great Time

I Ran into Old Friends at Urban & Had a Great Time

I ran into some old friends from last year and shared some pretty amazing laughs with them. 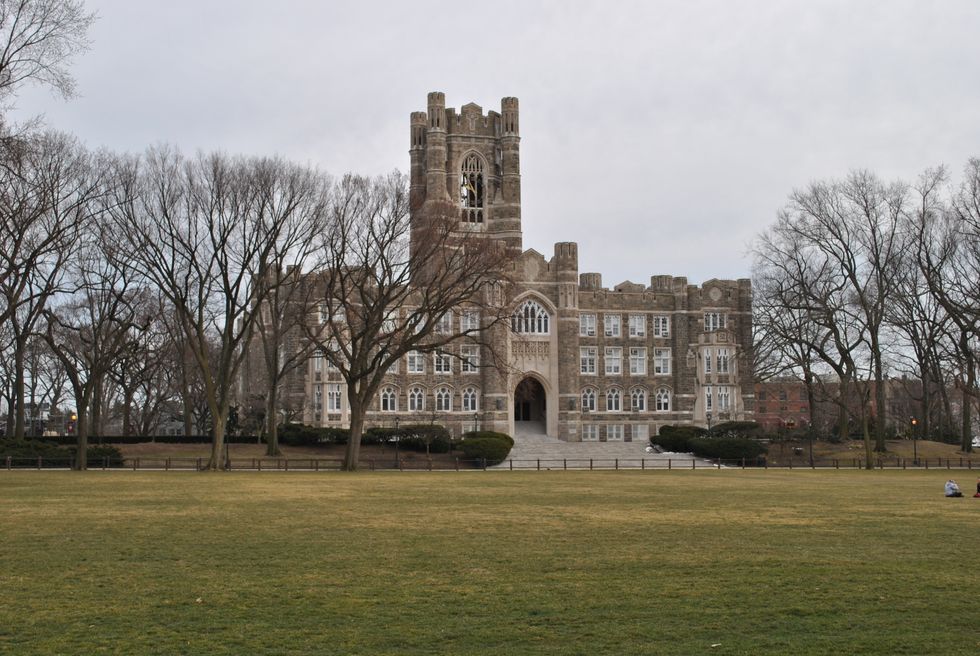 Freshman year is an interesting time for many new students. Bouncing around from friend to friend, friend group to friend group, trying to find the right one…it's a tiring journey. One minute you think you've found them, and the next, you're sitting there thinking, "What the hell happened to THAT?"

It's usually quite awkward when you fall out of friendship with people. You'll see them at the caf, at Urban, in class and just walking around campus. Fordham's a small school, so you really can't avoid anyone for too long, which is a shame, but what can you do?

Anyway, I had a group of friends who were really, really funny and much different than I was. I remember becoming friends with them toward the end of first semester in my freshman year. The group was majority girls, which was different than what I was used to. In high school, I rarely spent any time with girls. It was the Lads and I (a story for another day) tooling around town, exploring abandoned places, and tooling around Connecticut, whether it be to Hartford for golf clubs or a 1:30 AM trip to Mohegan Sun for the 24 hour Krispy Kreme store.

These friends were different, though, and that's exactly what I was looking for. One of them was really into Tarot cards. I don't know exactly how to explain what they do or are, but I remember them being fun. Nobody back home would be into that stuff, but I thought it was very cool nonetheless. We would have movie nights, Sunday brunches at the caf, and trips into the city pretty often. It was a fun time. December 2018 was filled with good banter with these people.

Like anything, though, some things just don't work out at specific times. We all grew apart, there was a little drama involved, but all's well that ends well. This is where my story picks up.

There I am in Urban yesterday, coming back from Lombardi Field House after hitting golf balls with my good friend Justin. We were there for a while, and I was hungry. I had Tapingo—ed a Philly cheesesteak and scanned the line, seeing if I knew anyone. I saw somebody waving and looked closer. Who can it be? Why, it is my old friend Jade!

Jade is really funny and super nice, and things weren't ever awkward with her. She is one of the funniest people I know, and every time I see or hang out with her for any amount of time, I laugh. Another one of my old friends, Sydney, was there too. At first, I was nervous to see them and just wanted my Tapingo, but I didn't see a bag with my name (John Premus) on it. I was essentially stuck there until my food was ready. It was 10 minutes since the Grubhub app notified me it was ready, and I eventually had to say something.

We were making small talk at first, and then generally bantering and laughing with each other as the conversation went on. It was fun and all, but I began to become aggravated that my Tapingo still wasn't done. They were churning them out left and right, but mine seemed to have been forgotten. I noticed one really stupid name, Barry Sandy, that stuck out. I reached over to Jade and Sydney and said, "Wow, they couldn't finish mine, but they could get Barry friggin' Sandy's sandwich out. I hate Tapingo, it's always a story here!" I complained.

Later, when looking at Barry Sandy's bag, something started to come back to me. One night, my friend Aidan and I changed our Tapingo names to funny ones. Mine wasn't as funny as Aidan's, and as I thought about it I remembered that Barry Sandy was actually me.

I cannot even begin to tell you how funny that situation was. I had spent the past half hour waiting for my Tapingo and almost went up to complain to the people working at Urban when I realized I was the stupid one. I talked to Jade and Sydney for a while longer and went upstairs.

All's well that ends well, the old adage says. I can't think of a better way to describe that entire situation. Life works in mysterious ways, and this is just another example of it.