How To Choose Your NFL Team
Odyssey

How To Choose Your NFL Team

Because I'm 20 years old and don't have one 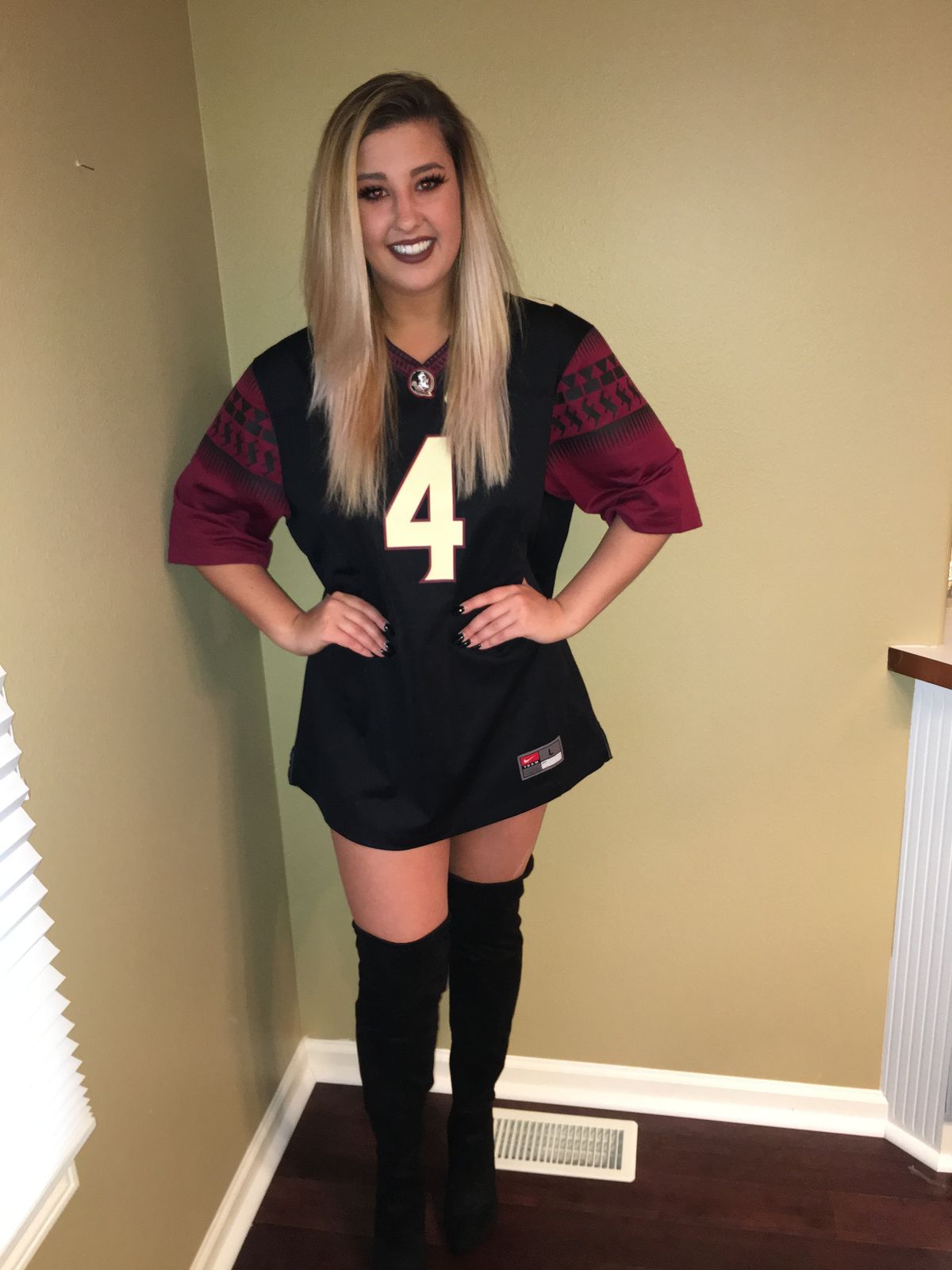 I know summer's just starting, but before we know it, it'll be football season. My personal favorite season. My mom has been a pretty intense football fan since I was born. Ohio State this, Ohio State that, Ohio State themed basement, waking up every fall saturday to "Hang On Sloopy" blaring through our house, send-my-four-year-old-crawling-through-stranger's-legs-on-pavement-to-get-Ohio-State-autographs... you get the point. So by the time I was 10, I was yelling about how that pass interference call was "such bullshit" (I could usually get away with the cussing part too, if the call was bad enough... or if OSU was playing Michigan... especially then.)

Anyway, the point is, I was born and bred a college football fan. Only problem was that my family didn't care so much for the NFL, so now I'm 20 and don't have a team. Something about that feels wrong, so I've decided I'm going to pick one.

There's a couple ways to go about choosing your NFL team. You could go with the closest one to you, that way you could actually attend games. For me, this would be the Lions. It's about 45 minutes away from my house, which isn't bad at all. Detroit has some pretty good food too. They can go on the list of potentials.

Another thing to consider is: colors. What colors do you look good in? I look like trash in orange, yellow, and a few others. I look better in colors like: red, garnet, purple, and blue. This one can really narrow down your search because a lot of times teams will have one color you look great in, and another that you look like trash in.

If you need to look at a comprehensive list of nfl colors, I've found it: https://www.caninejournal.com/nfl-colors/

So now, I'm at 15 teams. Not bad. Here's where you can take into consideration if you know anyone semi-personally (I'm assuming if you knew them THAT well, you wouldn't even be reading this article) or if your favorite college team's star player got drafted. If that's the case, and one of those teams is on your list, go with it. Easy peezy. If not, continue on.

Here's where you consider something important: does it matter to you if they're good? For me, I feel my teams loss in the pit of my stomach. I will remove myself from parties where people are discussing the loss of my team. If someone is taunting me about a loss, I'll pull the classic "did you hear that? it sounded like a buzzing noise", like any mature 8-year-old would. Sometimes I even cry. So, yeah, I'm going to say that I want a pretty good team.

However, it's also important to keep in mind that a winning team one year can lose every single game the next (EXTREMELY unlikely and a very dramatic way of saying what I meant, but you get the point). This is where a little bit of research comes in. Check the stats of the team and the coach for the last few years. Be sure they've got a solid foundation running as a program.

If that doesn't narrow your search, or if you don't care enough to do that, it's time for the cuteness test. And yes, I absolutely just said that. You can always google "cutest guys in the NFL" or you can be a diligent researcher and look at the faces of each team. The way I chose to take this step was to pick 10 names off of the team roster, google them, rate their cuteness 1-10, and then find the average. It's always more fun when they're cute.

Once you find all of the averages, take the top 50% and keep them as potential teams.

So now, you should be down to about 5-7 teams. Not bad, but you still have to choose.

What now? The internet test. One of my favorites. Again, pick 10 names off of the roster. Make your instagram or twitter "public" (just for a little while... roll with me on this) and follow them. Whichever team gives you the most followbacks, is your team.

It's important to note that the internet test can be flakey. Some of these guys are married, some of us have boyfriends, so take it with a grain of salt. It should help you narrow though, for sure.

Hopefully you're down to about 3 teams at this point. Here's where it starts to get tough. You've become a little bit attached to the idea of each of them. Wearing their colors, chanting their cheers, getting into bar fights over whether or not their knee was down...

This is where we can do the pet-approved test. Show clips of each team playing to your pet, whichever one they seem most interested in, becomes your team. Easy peezy.

If you don't have a pet, or for some reason you don't trust their intuition (rookie mistake), sit down and pro/con the teams. This team has better colors, this one has cuter guys, this one has a better record, this one is really far away, this one's always in trouble.... and by the end of this, you'll definitely have a team.

Now, I'm following this same method for choosing my NFL team. But, I'm not telling anyone until the season begins. Stay tuned!

P.S. This is the same method I use for choosing boyfriends.