I never realized how much control business had one my feelings of self-worth until I watched "Killing Us Softly" with Jean Kilbourne. 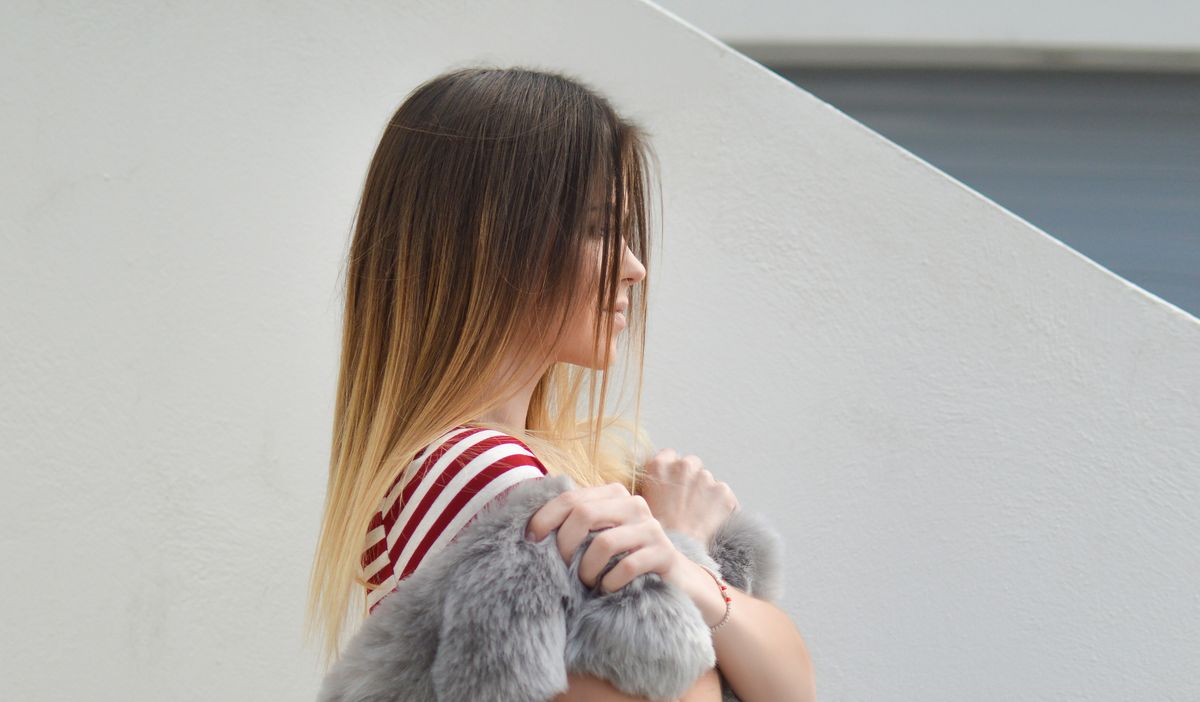 I wouldn't consider myself a die-hard feminist. I am all for women's equality and some of the most impressive and interesting people I know are women.

I think where I get turned off by feminism is the blame. We accuse men sometimes but often just our larger community of wronging us. The reality is, we can't blame ourselves. We have been fed these ideas of how both women and men should be every day of our lives through billboards, commercials, television shows and inside grocery stores.

The commercial industry uses our self-image to make money off of us. If we thought we were good enough and didn't need to change, we wouldn't buy their products. To sell us their merchandise, they have to make us feel like we must have it; like it is so important that it is life or death. This isn't just for girls!! Even though girls are a huge target in the world of advertisement, we see it with boys as well. It isn't fair towards anyone.

I've heard these statements before, and they made sense, yet I never realized how much control business had one my feelings of self-worth until I watched "Killing Us Softly" with Jean Kilbourne for my Sociology course.

For decades now, media and other forms of advertisement have thrived off the vulnerability of the self-image of American women. This can be seen anywhere from a “Calvin Klein” shirt on a thin stick model, an actress with seemingly flawless skin in a makeup commercial, or a picture of a girl wearing a “Victoria’s Secret” bra without a stretch mark in sight. Killing Us Softly is a film in which Jean Kilbourne exposes the hidden messages being sent to women in advertisements we see thousands of times a day.

Kilbourne provides the perspective that it isn’t the bra, the shirt, or the makeup that will make us happy or allow women to love themselves, however, that is what the media wants us to believe. The purpose of the film Killing Us Softly is to counteract the false message that we women have ingrained in their minds. If we are not exactly like these models, using their products, and appearing a specific way, we are not worthy or acceptable.

Gender socialization can be summarized as one developing as an individual through learning their appropriate role and attitude given to one’s sex. This societal idea of how women and men should act tends to have harsh consequences for both genders.

From a young age, girls and boys are separated by how they dress, the toys they play with, and how they are treated. Men, for example, grow up being taught that being physically strong, large in stature, dominating, and able to take charge are the characteristics one should strive for to be masculine. The film provides evidence of this in a photo of a male model who is shown with large muscles, confidence in his facial expression, and a visible sense of aggression in his body language.

This can be harmful to men because they grow up thinking that they can't be emotional and that if they fail or are not successful, they are worthless, which just isn't true.

Within the film Killing Us Softly, girls are frequently given the different distinct expectations and gender roles. Girls are expected to be classy, but not too square, innocent but experienced, beautiful but not fake, and quiet as well as confident.

These standards can be absolutely impossible and can be draining for girls that are expected to meet them. Kilbourne teaches us that women are taught to be, “passive, vulnerable and that it is sexy to be like a little girl.” This is seen through a plethora of photos where women are on the verge of starvation, dressed as children, objectified by their body parts, and photoshopped to perfection.

For example, one photo that struck me was one of a model who embodied the desirable female characteristics of our culture.I thought, "wow she looks great." I later learned she had died of anorexia trying to maintain a career in the modeling industry. This provided proof that our bodies are incapable of fitting these standards of size.

We were not born aspiring to resemble these images seen in advertisements, but we learn that we ought to be like them through our gender socialization.

These women of all generations who are exposed to these lies and societal demands are left feeling unattractive, hopeless, and insufficient. Girls are not born wearing makeup, designer clothes, jewelry, or perfectly toned.

However, the media tells us we should not only have their products but portray ourselves in a way that mirrors their definition of beauty. The ironic thing is, we love and accept babies when they begin their lives for their uniqueness, chunky baby fat, and being unconditionally themselves. As they grow and are socialized by being exposed to media’s ideals, these same babies learn to be ashamed of themselves and that who they are ought to be changed.

I liked this film because it awakes the audience to the lies being told to each of us daily. Being a girl, watching this movie I was shown certain realities that brought about anger inside me that I didn’t know I should have.

Jean Kilbourne provides evidence to back up her argument that not only gives her credibility but provokes intense emotions from the audience as it did me. Though she may not be able to change how the media distorts our views, she has been able to impact several hearts such as mine and give some relief to all of us softly killing ourselves to be something we are not.

Once we have an awareness of the intentions behind advertisements, and we reject these false roles we are taught to embody; we gain freedom in loving ourselves and believing in our worth as an individual.

Madison Franz
The Narrative
1119756
Photo by Brooke Cagle on Unsplash

Madison Franz
The Narrative
655371
Photo by Manny Moreno on Unsplash