How I Lost 10 Pounds During Quarantine

Instead Of Gaining The 'COVID 19,' I Dropped 10 Pounds In Quarantine

All thanks to a simple treadmill workout. 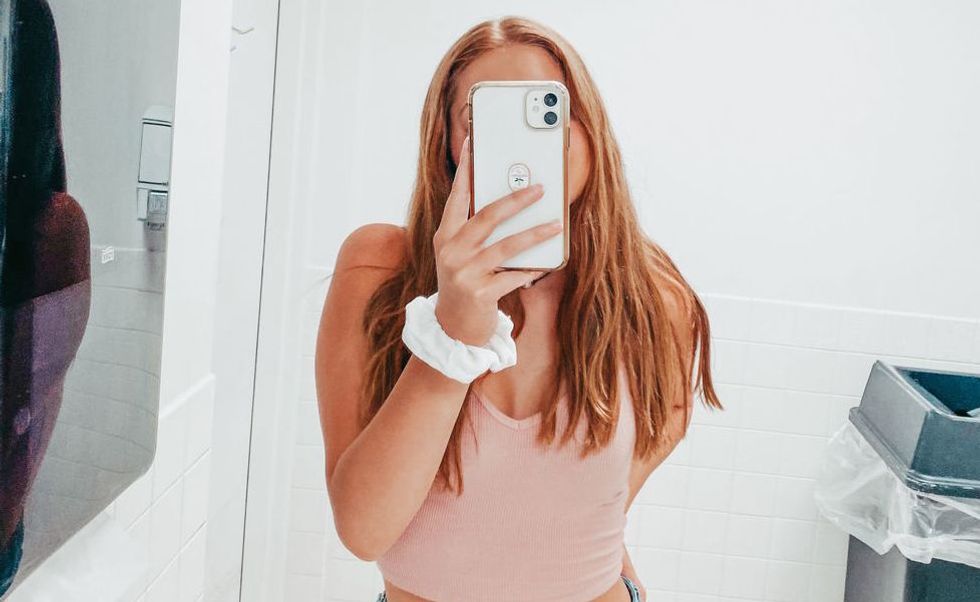 For anyone who doesn't already know, Lauren Giraldo is a retired Vine star, turned YouTube celebrity. She makes loads of vlogs about beauty, lifestyle, health, and working out. She's funny, upbeat, and super real with her audience. Aside from that, she had an incredible transformation. Although I don't know exactly what her measurements were or how much she weighed, I do know it was an insane transformation. So when I knew I needed to lose weight, I decided to watch her weight loss video, and put those words to use.

In her video, Lauren describes how she transformed her body and what exactly she did to do that. She explained that she changed her eating habits a bit, without doing any restrictive dieting. I think that's a very important part of it. She basically explained how she stopped eating out as much and eating unhealthily constantly, and instead started eating mindfully and trying to eat healthier, without completely closing certain foods off. She explained how this is really important because diets are temporary, so weight loss from a diet really won't last, you need an actual lifestyle change to make real change. But that's just the first half of it. The second half is the lovely, 12x3x30 workout.

So basically, what the 12x3x30 workout is, is you walk on the treadmill for 30 minutes, on the speed "3" at a 12 incline. Lauren said that this above everything else was the secret to her weight loss. I took that and absolutely ran with it.

So starting out, I will tell you that I weighed **5. I am censoring the first two digits of that number because, despite the fact I have come a long way and am still working, I am still insecure about the number on the scale. I feel a lot better about myself now, but I still have a long way to go.

So anyway, the actual workout. When I started this, I hadn't worked out at all, or even broken a sweat in about six months. So when I got back into and I started doing the 12x3x30 every day, I won't lie to you, it was hard. I was really fucking sore for the first couple of days. Despite that, while I was actually doing the walking, it was not that bad. Yeah, my heartbeat was going a little bit and I was definitely sweating, but it wasn't anything awful. For instance, anytime I would run, I would literally be in my head the entire time like, "I fucking hate this, I fucking hate this, I fucking hate this, I wanna die, I wanna die, I wanna DIE." Now maybe I'm a little dramatic, but that's just me when I'm running. Now with the walking with the 12x3x30 workout, I wasn't thinking like this at all. Yeah, I was definitely happy when it was over, but it wasn't bad. Plus, it was fast. It was just a half an hour out of my day, and then I was done. I had done my workout for the day. And I have a way to make it go even faster.

What I do when I walk the 12x3x30 workout is I will put my headphones in, and pick a show on Netflix (right now it's the 4th season of "13 Reasons Why"), and I will literally just zone out watching the show. And honestly, by the time I'm done with the workout, I've kind of forgotten I'm even working out. It makes it go faster and that's kind of awesome.

I did this religiously for a couple of weeks. During that time, I also started to be more mindful of what I was eating. And at first, I didn't see the numbers drop, but once they did, they started to drop fast. From two or three weeks in, I went from **5 to **5. I lost 10 pounds.

I'm still trying to get to my goal weight, but doing this workout is getting me there. I've added doing some other cardio, like the elliptical and bike, as well as yoga and light stretching. I'm not a health or workout expert by any means, but if you are thinking about losing weight, and you want to do it in the easiest way ever, I would definitely recommend Lauren Giraldo's 12x3x30 workout routine.