How Focusing On Yourself Can Give You Inner Peace
Odyssey

How Focusing On Yourself Can Give You Inner Peace

It sounds selfish, but if I had to offer one word of advice, this would be it. 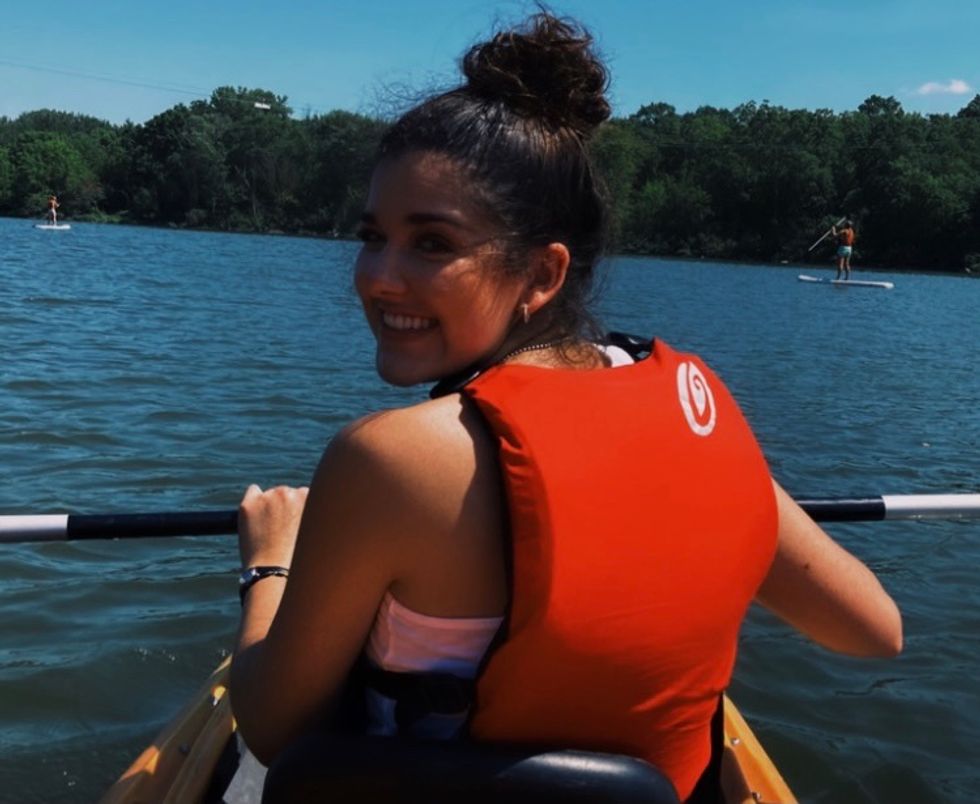 I don't know about you, but I am a completely different human since quarantine began back in March.

Recently, I was scrolling through some memories on my phone before we were in a worldwide pandemic, and it is almost scary how different of a person I was back then.

It is expected that such a monumental event affected everyone, and still affects them to this day.

It was interesting though because before quarantine happened back in mid-March, I realized how unhappy I was at the time.

Of course, I had just recently gone through a breakup, but I was also just not living my best life. I was partying way too much, trying to prove myself to others, and overall, not valuing my worth.

And I let his exit from my life define me.

In the following month, I became so insecure to the point that I thought I was ugly, I had no valued friendships, and I was on my own.

I began to think that I was too much to handle and that no one would be able to love me. I would give myself up so easily to others without even attempting to protect myself.

My self-confidence was so low, and the number of people that I let step on me during this time was just unbelievable.

Quarantine didn't help things. Being alone with your thoughts always seems to lead to overthinking things, and I was THE queen of replaying things in my head and blaming myself for how many things ended. I put myself at fault, which was very wrong.

I am sure that my broken relationship with my absent father did not make things better. Thinking I was unworthy of love from my own father has messed with me since he left when I was a child.

I ended up trying to get back together several times with my ex, which just revealed my weakness even more. It was the fact I couldn't get what I wanted back that bothered me. I also was in deep need of finding something that would give me attention, even if it was something that didn't care that much.

When he moved on, I felt like a complete fool. I was embarrassed, I felt alone and since he was still living in my dorm, I would see him and feel so so so small.

I turned into a recluse. I was afraid he would see me and judge, and so I made it so he would never see me.

I begged my mom to let me move into an apartment so that I wouldn't have to run into him.

Hooking up with random people served as my way to get back in the game and obtain power over the connection that I still had with him. I was still trying to find a substitute to move on and forget.

But I wasn't happy.

I knew what I was doing was wrong.

It wasn't until recently that I found pure bliss.

My friend noticed how self-destructive I really was, and took some time to sit down with me and reevaluate what was going on in my life. She had noticed the distance in my spiritual life, and she had sensed that I was not the bright, bubbly person that I once was. She missed seeing me happy and free of any chains. She told me how beautiful I was, how I was surrounded by so many people that loved me and relied on me for emotional support, and I began to realize how I had let something so silly impact my entire mental health.

It was then that I began to work on my physical well-being as well as mental well-being. I started taking yoga classes to center myself, and I became aware of what I was eating and started to do things that were good for me.

In other words, I began to put myself first.

I realized that it is important to be there for others at times, but sometimes when you feel like your world is crashing down around you, and you feel completely unloved, you have to make time to self-reflect and work on yourself.

I lost one of my best friends that was using me for her own benefit, and ever since, I have felt so free of being constrained to her orders. I began to care more about those that cared for me.

And most importantly, I stopped surrendering my complete self to strangers that wanted me for my body. I told myself that I should wait for a person to come into my life that loves me for my entire self, not just physical attraction.

And now, I am more confident than ever.

I have control over my life and I began to put all of myself into my education as well as making money that I could use for further education.

Now I have direction in my life, and I am able to see where I am going, and have goals as to what I want to do in the future. I have dreams that are substantial, not just temporary and insignificant.

I recommend you take time to reflect and strive to be the best you possible.

Cut out all of the negativity that is bringing you down and do what YOU love.

Do not be pressured into following the norms of conventional society.

You will become the person that you love most.

And that is perfect.