Why you shouldn't worry if you are one of these fiery people. 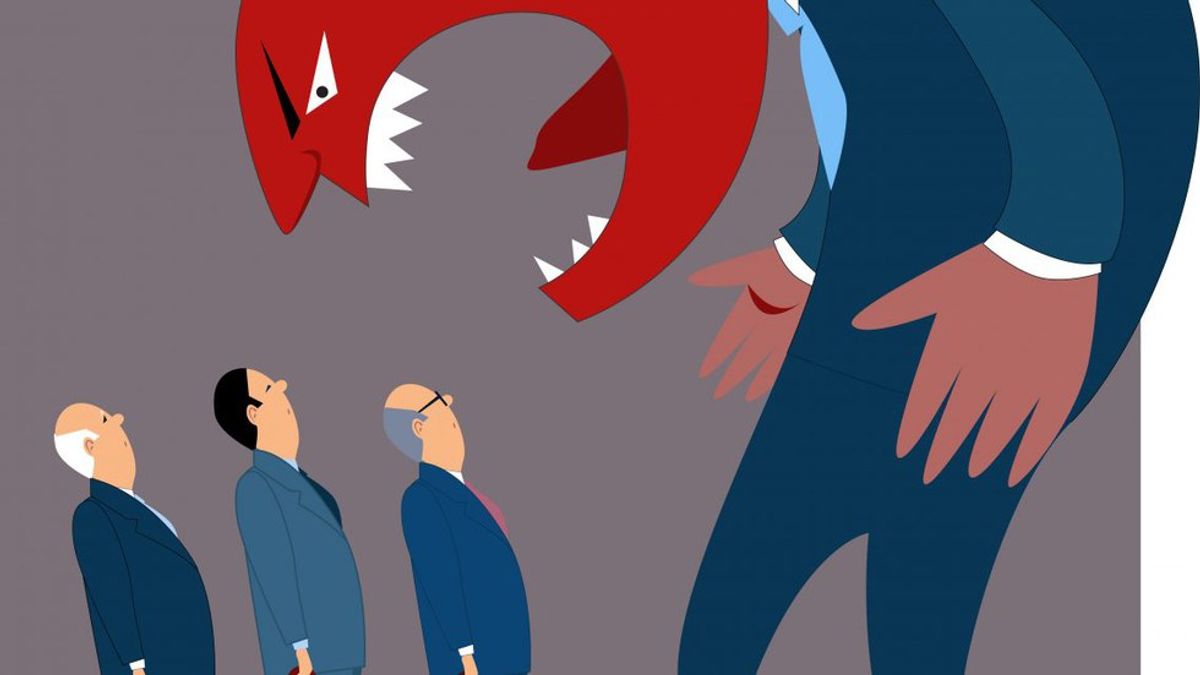 Have you ever encountered someone who wears their anger on their sleeve? Or someone who gets mad too quickly or easily? Whether you or someone you know identify with the first or latter, "hot heads" have special qualities that the average person lacks. Needless to say, I’ve come up with a few observations I've made about hot heads that they probably don't want you to know.

1. Hot Heads are more passionate than the average person.

Believe it or not, these people have far more passion and charisma than you may think. Because they are deeply fueled by their goals and passions, you'll find that hot heads are generally more emotional as well. However, they display these emotions in ways that are hostile and aggressive towards others.

Because these folks are rooted in their goals, they often stop at no cost to achieve these goals. They will often avoid negative people, and steer clear of people who they suspect are "in their way". These people are able to easily focus and tune out everyone else. They don't take no for an answer and they rarely give up. In fact, they welcome challenges with arms wide open.

3. Hot headed people are deeply loving and caring on the inside.

Who says a lion doesn't love its cubs? The same principle applies for hot headed people. They may yell a lot and come off as intimidating, but on the inside they care deeply about those close to them. They are also very protective of family members and loved ones.

This ties in with my previous point about being loving and caring. That means, no matter how impeccable their fiery temper may be, they cool off quickly. Additionally, they show "tough love" to the ones they care about. So if someone in your family is hot headed, try not to take what he/she say too personally -- it is all out of love and compassion for you.

5. Hot heads use anger to cover up their true feelings.

Anger is a more powerful emotion than sadness, through the lens of the hot-heads. Hence, this is why these people would rather speak loudly than cry when angered. They perceive crying as exposing one's vulnerability, or weakness. Hot heads never want to appear weak; especially in front of an enemy or opponent. As a result, hot heads believe that anger and aggression is the best way to get their way. Unfortunately, this may cause more harm than good to those around them; yet it works in their favor because they always get what they want.

6. Hot heads are often spontaneous, energetic, and the leader of the crowd.

Many hot headed people that I've encountered have had multiple layers to their personalities. One thing I can't deny, is that they are fun to be around. They are always cheerful, energetic and optimistic even when things are going rough. Some people may find it hard to keep up with them, but I can say that I have learned a lot from these people. The most crucial characteristic about many hot heads is that they are domineering. They love to be the alpha wolf. This can be both an exciting and exhausting trait about them because like fire, they are unpredictable.

7. Hot heads don’t how to deal with their anger.

It's true! These people can be super impulsive and irrational when angered, 99% of the time they talk without thinking! This can definitely come off as insensitive and rude, and may be too hot to handle when it's constant. As a result, hot heads often have trouble maintaining friendships and relationships because nothing stops them from going off every second about something minor. However, the same way they are ticked off quickly, is the same way they cool off quickly. Hot heads don't aim to hurt others, they just never learned how to cope with their anger.

8. Hot heads are most likely to become explosive in arguments, especially if it is for something they truly believe in.

Because hot-headed people have strong personalities, are sensitive, and impulsive, they tend to lash out a lot; and thus, get themselves into heated arguments. Whether it's a controversial matter such as religion, and politics, or perhaps a smaller, more personal issue, such as why they can't wash the dishes, they will go on and on until they feel as though they've proven you wrong. Remember, these people are driven by passion, and that passion follows them everywhere.

Hot headed people are almost always piled with ideas, tasks, and a to-do-list that is never-ending. They want to get things done quickly and they hate wasting time. These people will often need lots of space to think, and can only project their ideas in reality when they're alone. That makes them independent, but dependent at the same time because they drag others into their plan. However, they will treat you as their worker and might even boss you around. It's not because they hate you, it's because they feel as though you're the perfect asset for their goal. As a result, they will most likely give you commands that they believe is best, and they will expect you to follow them accordingly. Remember, these people often take on multiple projects at a time, and may hate finishing them all. And so, they will place others who they think would be able to "succeed at finishing the job." Whether this is your boss at work, or maybe even you with your colleagues on a group project, this is a key factor that you should know about hot headed people.

As I previously stated, hot headed people are pretty much sheep disguised as wolves. This means that they perform as fighters, warriors, grinders, highly-driven individuals, perfectionists, tough, and harsh in their everyday lives; meanwhile, this is only a facade to cover up their inner sensitivity. Despite their strong exterior, hot-headed people crave love, affection, and companionship on the interior. Similarly, despite their need for freedom/alone time, they are often lonely because they push people away. One of a hot head's biggest fear is rejection.

In essence, these are some general qualities that I've noticed from being around many hot headed people. There is no shame if you are hot headed. In fact, we should admire hot heads because they influence us to be passionate and charismatic in our lives as well. Also, their identities are shaped by their goals and fiery tempers. However, although a wild flame is a destructive flame, a controlled flame is more powerful. Hence, if you are hot headed, you should learn to develop a tolerance for other people who don't share the same values as you. If you train yourself to tame your anger with logical thinking, you will always have the upper-hand.