It's okay to not go along with it. 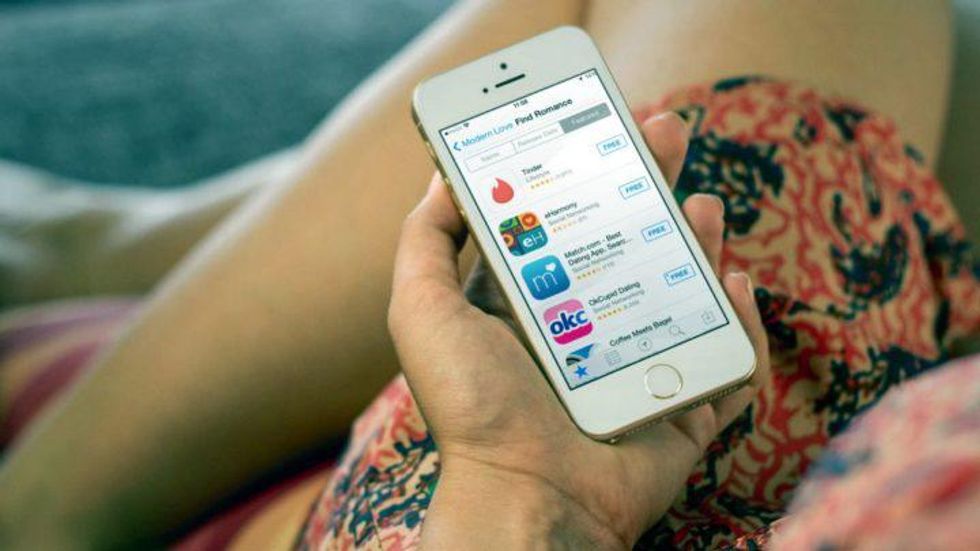 New experiences are a part of what it is to be a college student. I understood this when I came to college, but I didn't think about the actual meaning of this until it started directly impacting me.

In high school, I was what you would consider a "goody goody". I never drank, I never hooked up with anyone, and I wasn't going to parties and doing drugs. You could catch me working on homework on the weekends.

I was highly driven to get into a good college and get a good job. My mom was the only child in her family that got to go to college, and she always emphasized the importance of education with me.

I was in a couple of relationships in high school, but they were usually brief and never led to anything serious.

Everything changed when I got to college.

I had never had so much freedom in my life. Living with my family made it hard to engage in risky behavior, and honestly, during high school, I didn't really have a desire to engage in stuff along those lines.

Freshman year of college was a time for experimenting, and I knew that. My friends were trying everything to see what they liked and what gave them enjoyment, and I have to say that I went along with it.

I was confronted with a college campus culture that emphasized greek life, heavy drinking, and sexual promiscuity.

I like to think that in high school, I was in a very different niche of people. My friend group consisted of the AP kids that wouldn't harm a fly. Once I reached college, I had the option to stay with that group or drift away.

I chose to try something a little different, and I thought that even if it was the wrong decision, I would forever be thankful for the wisdom I gained from choosing this path later on.

Frat parties paired with copious drinking became a weekly occurrence along with late-night rendezvous with strangers.

Having never been exposed to things I could have in high school, I took on the perspective of needing to live like a college student and break away from being so innocent and perfect.

To justify, I thought that this would be able to teach me something about myself, and I could never say that I didn't try something.

This may have seemed glorious to think about, but in reality, it didn't aid my mental health.

It was always exciting to think about doing something risky before it actually happened and to fantasize about the adrenaline rush, but in some ways, I think that planning the adventures was what I liked the most. I liked to think that I was doing something on the edge; that I was actually living during college. But after I had participated in it, I felt empty and numb.

Fast forward to this week. I had just rejoined Tinder because I was hoping to meet some people to skate with as well and just to connect with people I had things in common with.

I have never been comfortable with being physically intimate with a stranger, and I was disgusted with how many guys on dating sites just wanted sex. I mean, it makes sense, but I really wanted to get to know people.

And then I ended up matching with someone different.

He was on the app for the same reason I was. He wanted to meet people because the pandemic made it really difficult with no in-person classes and he was looking for someone to do normal things with.

We met up and longboarded together during a beautiful sunset, and we managed to talk about everything we loved. We discovered we had a lot of commonalities, and he had a passion for photography as well as analyzing cinema. We could be ourselves around each other, and now that we are comfortable with one another, we have met up several times just to get coffee and study together.

We could talk about deep things too, it wasn't just artificial.

It is important to note that as a college student, you are not forced to go with the norms, just as you are not obligated to follow societal trends. Our world is increasingly objectifying both men and women, and we are losing the romance that once used to define a relationship with the opposite sex.

In other words, hookups are not for everyone, and it may be hard, but there are other people that are in the same boat and just want to be able to connect with someone.

While many people push the hookup culture and trick you into thinking that it will make you happy, hookups are almost guaranteed to make you regret that you ever participated in them, and if anything, they will only manage to give you confidence in sex.

What is even worse is the toxic attachment that can sometimes ensue after a hookup.

Of course, everyone has different preferences, and everyone has the freedom in college to do as they wish. But to those who don't really fit in with the culture and get a lot of anxiety from being completely vulnerable with a stranger, I feel you.

If people pressure you to do something you are not comfortable with, or you feel pressure from your friend group to get involved in risky behavior, they aren't very good friends.

Find people that have the same morals and ambitions as you, and although you are in college, the "typical" college experience can be different for you.

And although this pandemic is making it more difficult to meet people in college, you may be surprised by how you find others like you.

If you are intimidated by the pressure of pursuing "college things" know that you are not alone and that it is definitely not just you.

I would rather spend a night in than get drunk with friends, and that's me.