Hometown Rising Made A Smash Debut In Louisville, Kentucky

Hometown Rising Made A Smash Debut In Louisville, Kentucky

Any country music fan would not want to miss this music festival. 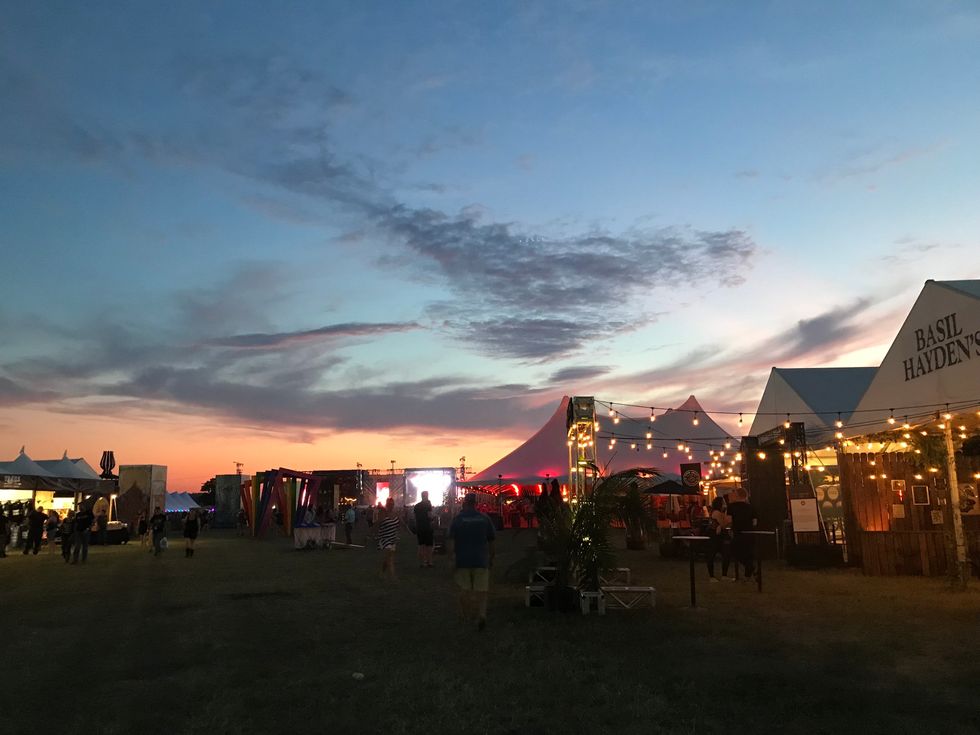 Louisville, Ky. celebrated a weekend filled with country music, tasty food, and loads of bourbon amongst family and friends at the Hometown Rising Country Music Festival.

This festival, centered around country music and bourbon, was not one to miss over the weekend.

Hometown Rising made its first debut at the Kentucky Exposition Center in downtown Louisville. The festival is brand new to the music festival scene, creating a lot of Standout performers included Luke Bryan, Tim McGraw, and Jake Owen, as well as country artists on the rise. There were three stages at the festival that featured performers, whereas a third stage featured dance performances instead.

The music festival itself was split into two days: Saturday, September 14th and Sunday, September 15th. Food vendors lined the festival grounds with delicious pizza, French fries, and even a macaroni and cheese meal inspired by Tim McGraw himself. Vendors made incredible sales over the weekend as well with lines of food lovers at every single booth.

Country music fans of all ages attended the festival, ranging from three years old to 80-years-old.

Several festival goers set up blankets and stadium chairs to enjoy the music from the comfort of the grass, whereas others joined the crowd to cheer on their favorite artists.

Aside from food and concerts, the festival also offered an array of activities to keep people busy. The Hometown Honkey Tonk, set up with a DJ and dance performances, led people in a multitude of line dances throughout Saturday and Sunday.

Hometown Rising also featured several bourbon bars throughout the festival which were sponsored by companies in Louisville, such as the Speed Art Museum, The Silver Dollar restaurant, and the Courier-Journal.

Though the festival provided the regular merchandise that includes t-shirts and socks, guitars and cowboy hats were among the most popular items.

Guitars were also available, not only for buying and selling purposes, but to be played for fun as well. Country music fans were able to rock out on the drums, keyboards, and more, while potentially getting the chance to meet the performers at the tent as well. It was common to see the actual artists who performed in the festival roaming the grounds just as other fans would.

Hometown Rising not only supports country music and southern comfort food, but the festival also has concerns animals in need.

Take Me Home a volunteer-based foundation that has helped to find homes for animals for the past 18 years, had its own ten at Hometown Rising. The organization also supports local animal charities and set up a booth at the festival that included merchandise and raffle entries. Take Me Home heavily promotes animal adoption and encouraged country music fans to show support for the foundation through monetary donations.

Hometown Rising not only provided country music to festival goers, but food, drinks, and a plethora of activities and entertainment enlightened the festival.

Though the weekend was proven successful, it is unknown whether Hometown Rising will return next year.