How Looks Can Easily Affect Casting In The Theatre. 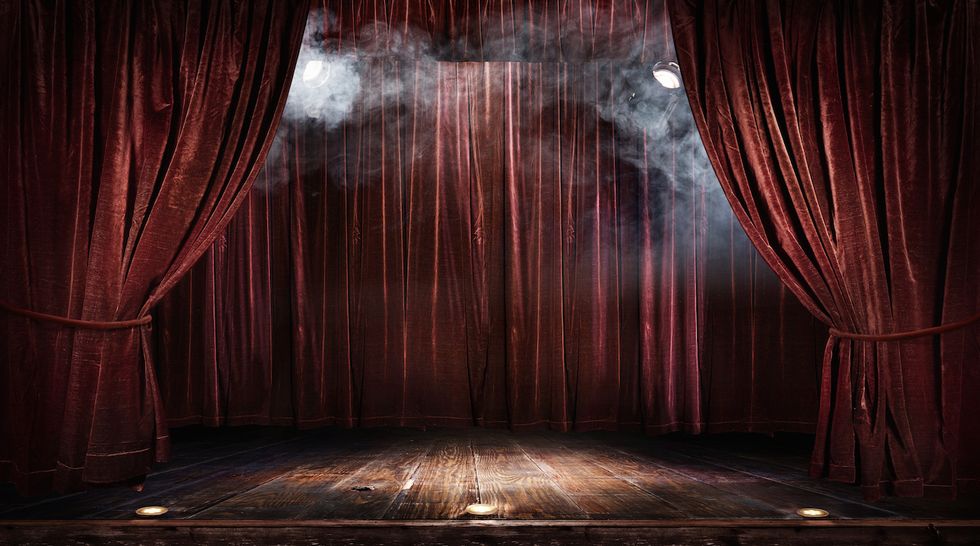 It wasn't too long after I first started acting when I was introduced to the word "type". That stupid word that we hear all of the time as actors, right? What you look like basically equals what you can play. Or so I've been told. I started acting when I was around 12 years old. As I started accumulating roles on my little resume that I took with me throughout middle and high school, I started to notice a common denominator: all of the roles that I have been playing were older. More specifically, they were pretty much all moms.

Before I start really talking about this, I want to mention that I'm not here to bash any director that has cast me as a mom. I understand and I can imagine that it's tricky to find a young teenager to properly fulfill a more mature role. Plus, don't get me wrong, there isn't anything wrong with these roles. There are actually AMAZING mom roles out there that I would love to play someday. But I couldn't help but start to wonder why I was always playing the mom of the main character.

"It's because you look like one" two of my friends at the time giggled. I tried not to let this comment get under my skin, but like, for real...who wants to be told when they're 14 years old that they look like a mom? Especially when already growing up in a society of constant self-comparison.

Personally, I've been struggling with body dysmorphia from a very young age, but this was when I started especially hating my body. Not only was I going through the awkward stages of puberty, but I was first being introduced to an industry that values and takes your body type into great account when casting projects. I couldn't help but notice that the girls that were being cast as the leads all had (my brain's version of) an ideal body type that averaged out to being blonde and petite.

For a little while, It made me hate acting. The thing that has always brought me so much joy. I felt like I was only capable of playing one thing. I never really felt beautiful on-stage. I never felt talented or pretty enough to play the characters that I wanted to play.

My junior year of high school is when I really started diving into my work and developing my acting skills and techniques. I was already having a hard time getting cast in my school's productions anyways, so I took this time to focus more on myself. In my acting class, we were assigned scene work from different American classic plays and spent the year focusing on developing those scenes. I was assigned a scene from the play "Summer and Smoke" by Tennessee Williams where I played Alma, an innocent young girl who has been in love with her next-door neighbor, John, for years.

This was a first.

The scene itself is pretty intense. Without going into too much detail, basically, she bursts into John's office in the midst of an anxiety attack and there's a lot of sexual tension between the two (just read the play, I promise it's good!). I spent the entire first semester with my scene partner, where we spent time talking about and analyzing our characters' relationship before we presented the scene at the beginning of the following semester.

The day that we presented and workshopped the scene, my acting teacher at the time pushed me so far out of my comfort zone in so. many. ways.

And it felt fucking awesome.

You must understand that my comfort zone was middle-aged women. I never thought that I could play someone described as so "young, desirable, and pure" because I've spent so much time and energy putting myself into this box. This might sound stupid, but I genuinely didn't know that I had it in me to play a girl that was actually my age. It was almost euphoric to play this young woman that I can relate to in more ways than one. Because guess what? I'm not actually a mom!

It was the first time I felt seen for my acting potential and not for my body type.

The more that I got to know myself as an actor, the more I ended up surprising myself when I auditioned for shows. I'll admit, subconsciously, I was still telling myself that I was only capable of playing the older characters. During my senior year, I remember so vividly finding out that I was being called back for young, ingenue-type roles. I remember having to triple-check the call-boards when the lists were posted just to make sure I was reading them correctly.

Now that my middle and high school years are finally behind me, I feel like I am ready to talk about this fully. I am about to start the next chapter of my life where I will be training professionally and starting to develop my career in acting and directing. I have no idea what my future will hold as a theatre artist, but I do know that I am so excited to help break the stigma around certain types of characters that have been developed throughout generations. Because, quite frankly, I'm tired of seeing the same types of people on-stage...specifically as the main characters. The same, cis-gendered, white people that fit the standard of beauty that has been around for so long. In my opinion, it just makes it harder and harder to empathize with a character if they are being played the same way over and over again.

To any young actor that might happen to be reading this, that might feel frustrated by being constantly stuck playing a certain type of role because of what they look like: I feel you. I hear you. You deserve to be recognized for being a talented artist and not for the purpose of fitting into an industry standard. You deserve to emotionally connect to the character that you're playing. You deserve to look in the mirror and feel beautiful and bad-ass in your costume. That day is coming. I promise you.

And lastly, if my 11th-grade acting teacher happens to be reading this, thank you for bringing out that potential in me that I had never seen in myself.