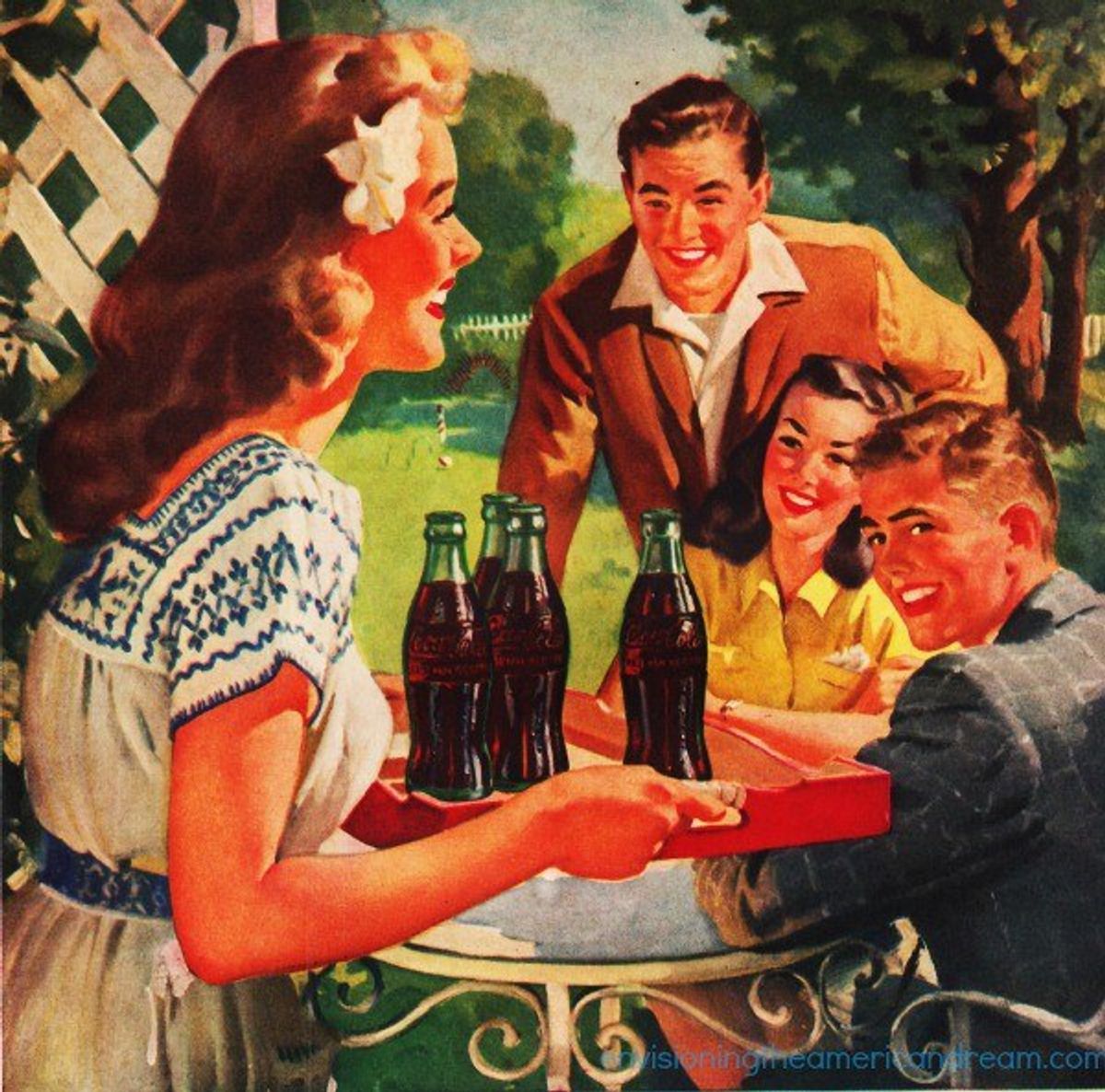 Imagine for a moment looking at a restaurant menu. It’s time to decide which drink to order. Everyone sitting at the table scrolls through the different soda possibilities. Finally, someone’s eyes light up. The decision has been reached. It’s Coca-Cola time.

Coke has become a favorite American soda pop. Whether at baseball practice, sitting at the movie theater or lounging around the house, Coca-Cola can be found.

Interestingly, there is a special date coming up in Coke history that is worth reminiscing about. May 29 marks the 130th anniversary of the first Coca-Cola advertisement. This advertisement first appeared in the Atlanta Journal in 1886. This new fountain drink was described as, “Delicious! Refreshing! Exhilarating! Invigorating!” When it first came out, people could purchase a cup of this delightful beverage for 5 cents.

The history of Coca-Cola is not complete without the mention of John Pemberton, the creator of Coke. John Pemberton had a very interesting life. He was born on January 8, 1831, in Knoxville, Georgia. Later on, Pemberton went to pursue his medical interests at the Reform Medical College of Georgia. For a while, he worked as a surgeon, but later he completed his studies and became a pharmacist. It wasn’t long before Pemberton fell in love with Ann Eliza Clifford Lewis. The two married in 1853, and two years later, they had a son. It was also during this time that Pemberton began his own drug store.

to a halt in 1861 when the Civil War broke out. In 1862, Pemberton enlisted. Sadly, towards the end of the war, Pemberton was wounded during battle. As the war came to a close, Pemberton returned to his love for chemistry. He began mixing different ingredients together. It was his hope to invent a medicine that would relieve headaches and nerve issues. Mixing kola nuts and coca leaves together—along with many other secret ingredients—Coca Cola was finally invented.

a soda pop, but nonetheless, Coca-Cola became known as a soft drink. However, if it wasn’t for Frank Robinson, Pemberton’s business partner, Coke may have never left such a distinct impression on the American people. It was Robinson who came up with the new mixture’s name by suggesting that, since the mixture included coca leaves and kola nuts, the name should be deemed Coca-Cola.

Also, another interesting fact is Robinson wrote the Coca-Cola name in a cursive fashion that is still used as the common logo the majority of Americans are familiar with today.

pharmacist by the name of Asa Griggs Candler. On August 16, 1888 John Pemberton died in Atlanta. In honor of this dear pharmacist, on the funeral day, Atlantadrugstores closed so that the other pharmacists could attend Pemberton’s funeral.

It is said not one ounce of Coca Cola was served on this day. However, John Pemberton’s legacy continued on. More gallons of Coke were being served, and Candler, the new owner of the Coca-Cola company, began sending out coupons to encourage more people to buy Coke.

Eventually, glass bottles were invented, so Coke was packaged for this new method. Surprisingly, Candler did not believe bottled soda would go over. He felt that most people would continue to enjoy their soda at the soda fountain. Thus, Candler granted US bottling rights to Benjamin F. Thomas and Joseph P. Whitehead for only one dollar.

Today, Coke is widely enjoyed by individuals from all different walks of life. If it hadn’t been for John Pemberton’s creative, inquiring mind; Robinson’s marketing talents; and Candler’s practical leadership; Coca-Cola would probably not be what it is today. To think 130 years ago people were seeing the first Coke advertisement; no one would have guessed how great a success this soft drink would later become.