4 Lessons I Learned While Being Gay In College

4 Lessons I Learned While Being Gay In College

Congratulations. You just concluded your, uhm, "interesting" four years of being gay in high school. 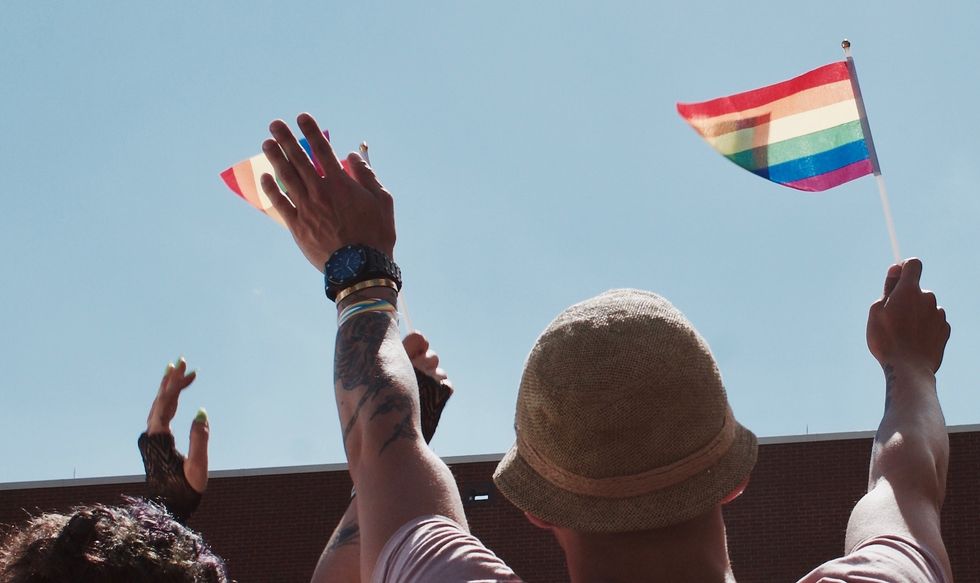 Photo by Joshua Stitt on Unsplash

Whether you were out and proud or not, you're finally off to college, which means a brand new beginning... Right?

You will finally break all ties with your small town, find the perfect friend group, meet the perfect man or woman, all while pursuing the path you were destined for. While some of this could very well be true for a select few people, it just was not for me. Such as life, being gay in college was a much, much more complicated (and often, isolating) venture.

In the hopes that one could better prepare for the journey that is being gay in university, I have compiled the knowledge I have gained during my time in school... so far at least.

1. Coming out is a process.

LGBT or not, everyone is finding themselves in college.

Somewhere, a pre-med student is failing O-chem and wants to switch majors, a girl is distraught because she isn't asked to be in her dream sorority, and a gay student is pacing back and forth deciding if he should come out to his family. I didn't come out to most of my family until I was 21 years old.

I had anxiously come out to my parents back in high school, told my best friend a year later, and now in my third year of college, I decided to come out to everyone: my grandparents, brothers, aunts and uncles, cousins, second cousins, great-grandparents, relatives once removed... you get the point. Coming out was (and still is) a process.

2. Dating can be difficult, and often times awkward.

Let's be honest, dating in the gay realm is pretty much nonexistent in high school.

Many young gay individuals, including myself, come to college thinking they will meet the person of their dreams. Maybe it will be the sexy barista at the local Starbucks, or maybe the TA in your biology lab who you swear has the hots for you. Or maybe "the one" will accidentally drop all his textbooks after lecture, only for you to ever-so-casually scoop them up as both your eyes meet. Or maybe the last one is just me.

Unfortunately, most of my dating life has been limited to uncomfortable Tinder dates, being ghosted on numerous occasions, and swearing I'd be better off living as a Tibetan monk. The bottom line is this: there are so many others dealing with the exact same situations. Never fear. College is a place where you can meet amazing gay individuals through your LGBT club, classes, library, local gay bar, and anywhere, really.

I am an introvert. Now, many people think that being introverted means we are all antisocial and like to be holed up in our dorms watching Netflix on the weekends. While the Netflix part is somewhat true, I still love to be with people.

I just happen to prefer smaller, close-knit groups and don't derive my energy from big crowds. Being a transfer student, I made it my mission to find my people, perhaps even LGBT students like me. However, I felt as if everyone had formed their group during their freshman year.

My isolated feelings created a positive feedback. I stopped putting myself out there because I was too discouraged already, preventing me from improving my lonely state. Eventually, I found my bearings in my major courses and met some really cool people. Although I still lack a "group", I realized that I had friends everywhere: my classes, my study abroad friends, and even friends back home or halfway across the country. Don't let not having a core group steal the validity of the connections you have made.

4. The importance of focusing on you.

During my time in college, I have learned more about myself than I have in my entire life. Questions began to concern me as I began this strange period of independence. Where did I fit in college? How did I see myself in the gay community? Will I meet the right person? Will I succeed? Am I enough?

I decided recently that I wanted to channel my insecurities and feelings of isolation into improving myself, and that took the form of exercise. The best part about exercising was that I was doing it for the only person that really mattered: me. I realized that these four years shouldn't be wasted in pondering what could be, but what is. And while the future is uncertain, taking hold of the now is really the best favor we could ask of ourselves.