From The Girl Who Doesn't Want Kids

From The Girl Who Doesn't Want Kids

Stop telling me, "you’ll change your mind when you’re married" 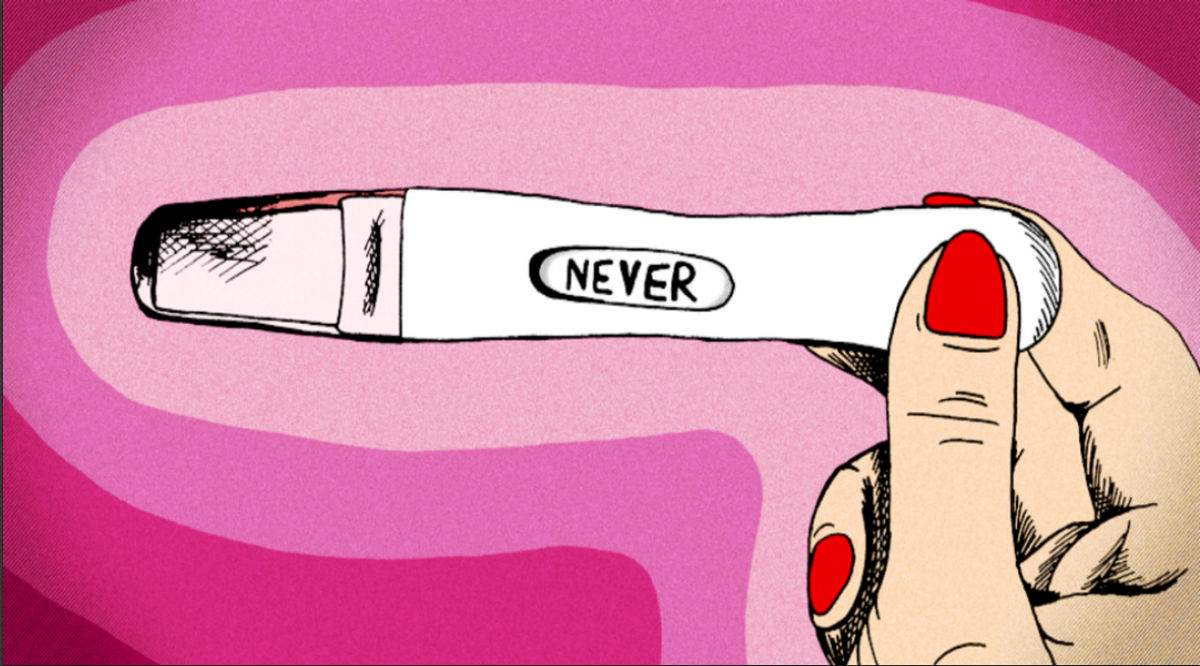 Ever since I could remember, I haven’t always been the biggest fan of kids. The crying. The crazy schedule. The cost of everything. I knew I didn’t want them. Yeah, they are cute sometimes, but just not enough to persuade me otherwise. The whole idea of growing up to be a mom never seemed like something I wanted. Of course, I played house as a child and had “kids”, but that was play pretend, there was no actual responsibility. As a kid, I never thought about how many children I would have; that part was not important. Instead, I focused on what goals I wanted to achieve and how far I would go in life.

Older people often say to me “oh when you have kids, you’ll understand”, which usually makes me laugh at them and awkwardly bring up the fact that I do not want kids. This usually causes a reaction because they are baffled that a young woman would not want to add to the already overgrown population like she is “supposed to”, but it’s the way I feel and have felt for a while and it’s totally alright that I feel this way.

I have my reasons for not wanting to have kids, and yeah, some of them may be “selfish” but I mean, it is my body, isn’t it? For example, the idea of having a kid grow inside me is nothing close to beautiful; it honestly freaks me out. I can’t even place my hand on someone’s pregnant stomach. I suppose it is like a fear. I don’t like the whole turmoil and craziness that occurs within the body and I surely don’t like the idea of the “something is growing inside of me” feeling. Also, the whole childbirth thing is not something I foresee myself going through, ever. Nope.

Another reason? I plan to have huge changes in my life from living in big cities to traveling to just being a free spirit. With kids, freedom is lost. For some people, that is fine, it is exactly what they want. For me? It is the opposite. I understand that even with kids, you can have amazing life changes, but I am someone who plans to get up and go and with a kid, you really can’t do that. I am just thinking about the cool things I want to do and unfortunately, the plans don’t have room for a kid.

Of course, I still want to get married and have a future, but that doesn’t mean kids are a part of my future. However, I am someone who plans to support all of my friends when they decide to have kids. I want to be the crazy aunt to my best friend’s kids when she has them. I want to spoil my nieces and nephews and friends' kids. Just because I don’t want kids doesn’t mean I can’t spoil other people’s kids.

Spoiling other people’s kids is what I want to do. People still question my decision, but in the end, not wanting to have kids is my own personal thing. It is something I have thought long and hard about. It may not make sense to you but it doesn’t have to. Why? Because it is my body, and my body, my choice. The reality? A lot of other girls feel this way and instead of questioning them or trying to convince them, accept their choice and move on. It is 2017. Women don’t have to have kids if they don’t want to. It’s a choice; it’s my choice.