College Life As A Sophomore 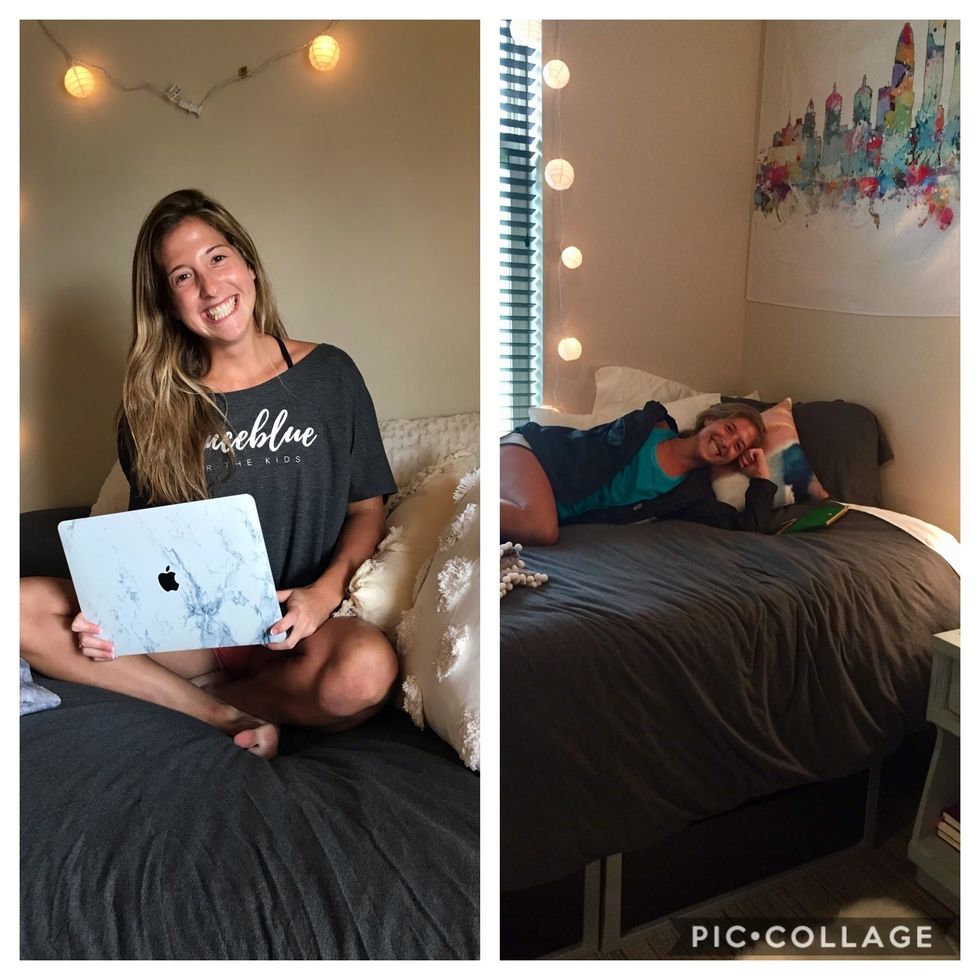 Though my freshman year of college was only one year ago, it feels as though I have aged three years already. Like many college freshmen, I experienced as many ups as I did downs. I juggled credit hours and early morning classes and unhealthy meals in the dining hall. I made new friends, held on to some old ones, and rediscovered myself. I learned which relationships were worth keeping and which ones had to be let go. I uncovered new passions within myself, ones that I didn't even know existed. I changed. It was the most confusing, exciting, and enlightening year of my life so far.

I wouldn't change a single thing.

Though I didn't know it then, I was meant to change. As a person, as a friend, as a girlfriend, and even as a roommate. As a sister. My perspective on college itself has even changed since last year, and I could not be happier about it. Last August, I was terrified to start going to classes on such a huge campus. I had no idea what I wanted to do or who I wanted to be. This year, I know UK's campus like the back of my hand, and my career path is finally gaining some clarity. It was a big change. This change, however, has provided me with even greater responsibilities as I enter my sophomore year of college.

I was now beginning to handle things like a true adult, this time with rent to pay as well. This year, I decided to move into an apartment.

You read it! This year, I get the privilege to live with my sister, Ashley, and one of our sweetest friends, Cassidy, who also happens to be in the same sorority. Living in an apartment has been nothing short of an adjustment, but it's been one of the most enjoyable adjustments that I've experienced in my lifetime. Though it's only been one week since we moved in, I've already learned so much about my roommates. We keep the lights off as much as possible in order to keep the electric bill inexpensive, some of us are early risers while others are night owls, and all of our eating habits are completely different. Cassidy likes to work out in the evenings; I can only exercise in the morning. It's intriguing to uncover my roommates' habits and routines, solely because they vary from my own routine in such a drastic way; even my own sister. But again, I wouldn't change a thing.

Ultimately, your sophomore year of college is a lifestyle change. As a growing adult, it is up to you to decide on how you react to it.

It can be extremely intimidating, especially when it comes to living in an apartment located off-campus. However, it can also be an unforgettable experience filled with newfound confidence after returning to college for the second year instead of starting out the first. This year will offer more independence, more decision-making, and more maturity in making those decisions. It means making dinners for 3 to save more money at Kroger, it means turning down the music when one roommate wants to go to bed, and it means communicating -- communicating now more than ever. As we grow older, this idea of communication becomes so much more important, which is why practicing it at this young of an age is simply imperative.

This year will be our first glimpse at the "real" world, and I'm excited to begin this journey with the best roommates a girl could ask for. Sophomore year, here we come!