A Look At The Forgotten: Max Stirner
Odyssey

A Look At The Forgotten: Max Stirner

A philosopher largely forgotten, has surprising influence in the modern world. 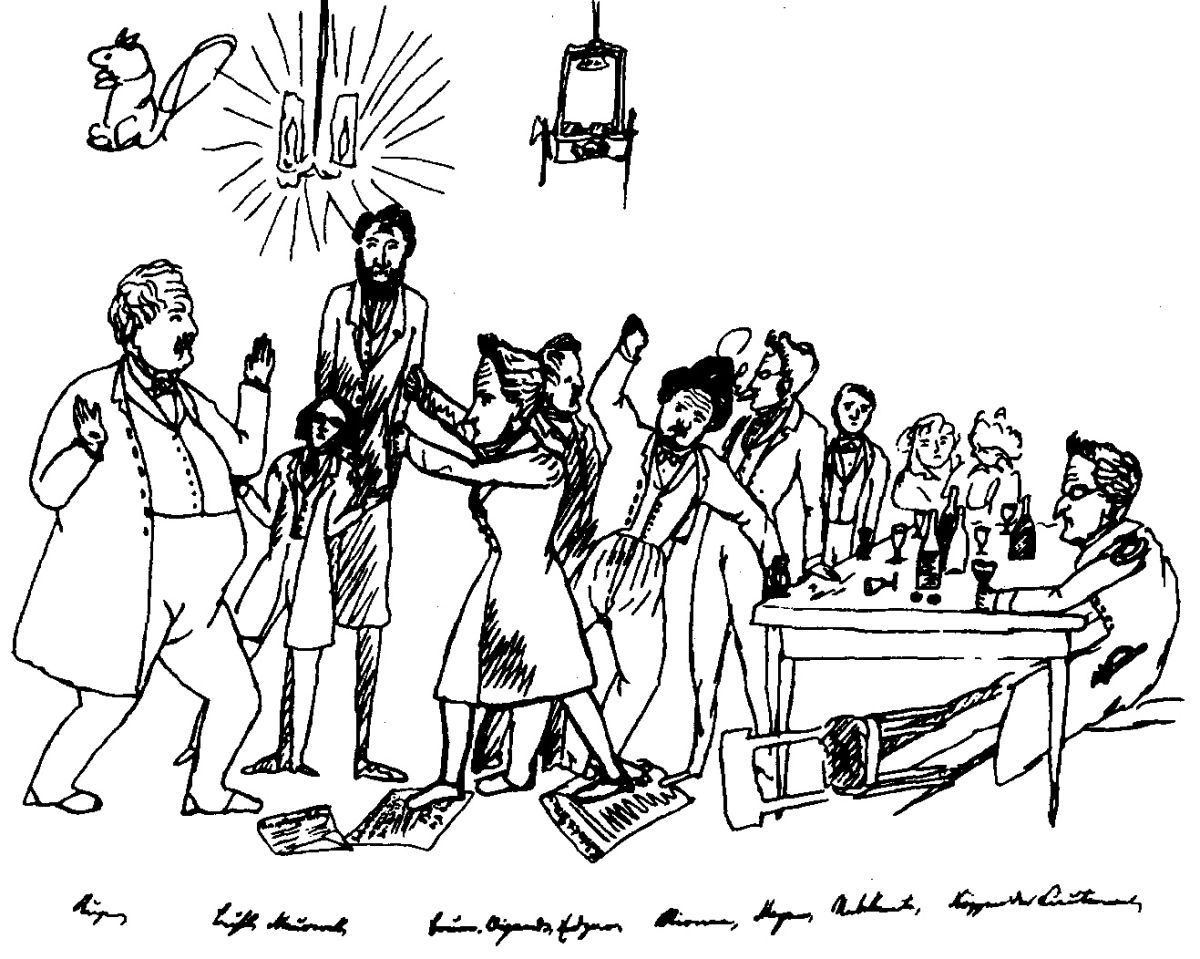 One familiar with philosophy and the social sciences would recognize terms such as existentialism, post-modernism, and anarchism, along with the names of Albert Camus, Friedrich Nietzsche, Karl Marx, Friedrich Engels and various others with relative ease. Though these names and ideas stretch the course of two centuries, they all share, at least in part, a common influence: Max Stirner, a name not well known to many.

Johann Kaspar Schmidt was born to Albert Christian Heinrich Schmidt and Sophia Elenora Reinlein in the Bavarian town of Bayreuth on October 25th, 1806. Though once young Johann entered school, his friends would start calling him “Stirner,” a joke in German, referring to his large forehead. Though, over time he started using it as a pseudonym when publishing, until it became his preferred name. “Max” would come later on. But, his life looked rather promising. He ended up studying at universities in Berlin and Erlangen, focusing in philology, philosophy, and theology. And in his university years, he ended attended the lectures of one Georg Wilhelm Friedrich Hegel, particularly on the history of philosophy, the philosophy of religion and the subjective spirit.

After studying in Erlangen in his home region of Bavaria, he returned to Berlin in the ~1830s, in order to get a teaching certificate, but was refused by the Prussian government. In 1841, he joined Die Freien, a group of young philosophers, revolutionaries, and bohemians who met at Hippel's Wine Bar over the course of a few years. While all deeply influenced by Hegel, they had rather differing views on religion, the state, and so on. They were to be named “Young Hegelians” due to how they changed the base philosophy, opposed to the Old Hegelians who were devout and orthodox followers of Hegel’s beliefs.

But these foul-mouthed, sometimes drunken, often womanizing Germans had monumental impact on modern political thought. Among these men were titans such as Karl Marx, Friedrich Engels, and lesser knowns such as Bruno Bauer, Arnold Ruge, and for the purpose of this article, Max Stirner.

While I indirectly referenced him as a Young Hegelian here, he strayed much from the standard beliefs of the school of thought. In his works, he states that many things, laws, property rights, God, religion, and even the very notion of society are “spooks”. Ghosts; something that isn’t real. And while compared to his debate/drinking buddy, Marx, it might not seem that extreme in difference, it goes deeper. He also believed that anyone acting out of something that isn’t self-interest as irrational.

And in Stirner’s proposed world, with a lack of every function of state, property rights would rely in individual might. If you can defend something it’s yours, if not, it’s someone else’s. Of course, as one might expect, this Mad Max-esque world was often critiqued and laughed at by his contemporaries. But, the dynamic duo, Marx and Engels, were rather influenced by the man they so often fought with in Berlin bars late at night. Engels once wrote to Marx, that, “...what is true in his principle, we, too, must accept. And what is true is that before we can be active in any cause we must make it our own, egoistic cause, and that in this sense, quite aside from any material expectations, we are communists in virtue of our egoism, that out of egoism we want to be human beings and not merely individuals."

Stirner is often considered an anarchist in a few ways after all. He believed that people are people, and should be doing whatever they please. It was also him that influenced Adolf Brand and who published the first ever gay periodical, from 1896 to 1932. The name of it, Der Eigene, The Unique in English is itself a reference to Stirner’s The Ego And Its Own, the philosopher's most known book.

But Stirner has influenced more than just Marxists. Some argue that Stirner influenced Friedrich Nietzsche. We know that Nietzsche at least knew of him. He read two encyclopedias of philosophy, History of Materialism, and Philosophy of the Unconscious, both of which directly mention Stirner. John Glassford in supporting the theory that Nietzsche influenced Stirner said that, “Compare, for example, Stirner's image of the state — "the state turns against me with all the force of its lion-paws and eagle-claws: for it is the King of beasts, it is lion and eagle" (1995, 226) — with Nietzsche's description of the state in Thus Spoke Zarathustra — the "State is the name of the coldest of all cold monsters" (I "On the New Idol").” Though, most scholars believe the opposite, and that the similarities are simply superficial. But as a counter to that, two of Nietzsche's close friends, Franz and Ida Overbec indicated that he was influenced. But, we will never know. By the time scholars started to debate this, Nietzsche was incapacitated by mental illness, and thus couldn’t really say. But if one were to believe that Stirner directly influenced Nietzsche, that would mean the last two centuries of German history were influenced by a man largely forgotten to history.

But one philosopher we do know he influenced was one Albert Camus. In The Rebel, Camus dedicates an entire section to the German. Camus, with very strong prose, accused Stirner of going "as far as he can in blasphemy,” along with saying that he was “drunk with destruction”.

For a while, that’s where Stirner’s “popularity” ended. He had a brief glimpse of being known before dying in 1856 at the age of 49 at the ends of an insect bite on the back of the neck. He popped up in in the early 1900s, and then in Sartre’s work. But, he’s been rediscovered. Marxist scholars in the 2000s and 2010s have stumbled across this curious precursor to various Marxist philosophies. And, in recent years, he has become a meme. Of course, not a particularly popular one, but still, you’ll find people that’ll laugh at Stirner jokes, especially on parts of 4chan.

Humans are strange creatures, with strange thoughts and aspirations. And sometimes, they might affect something, be remembered, or forgotten. Max Stirner is definitely one of these oddities.