It was the worst time; it was the best time 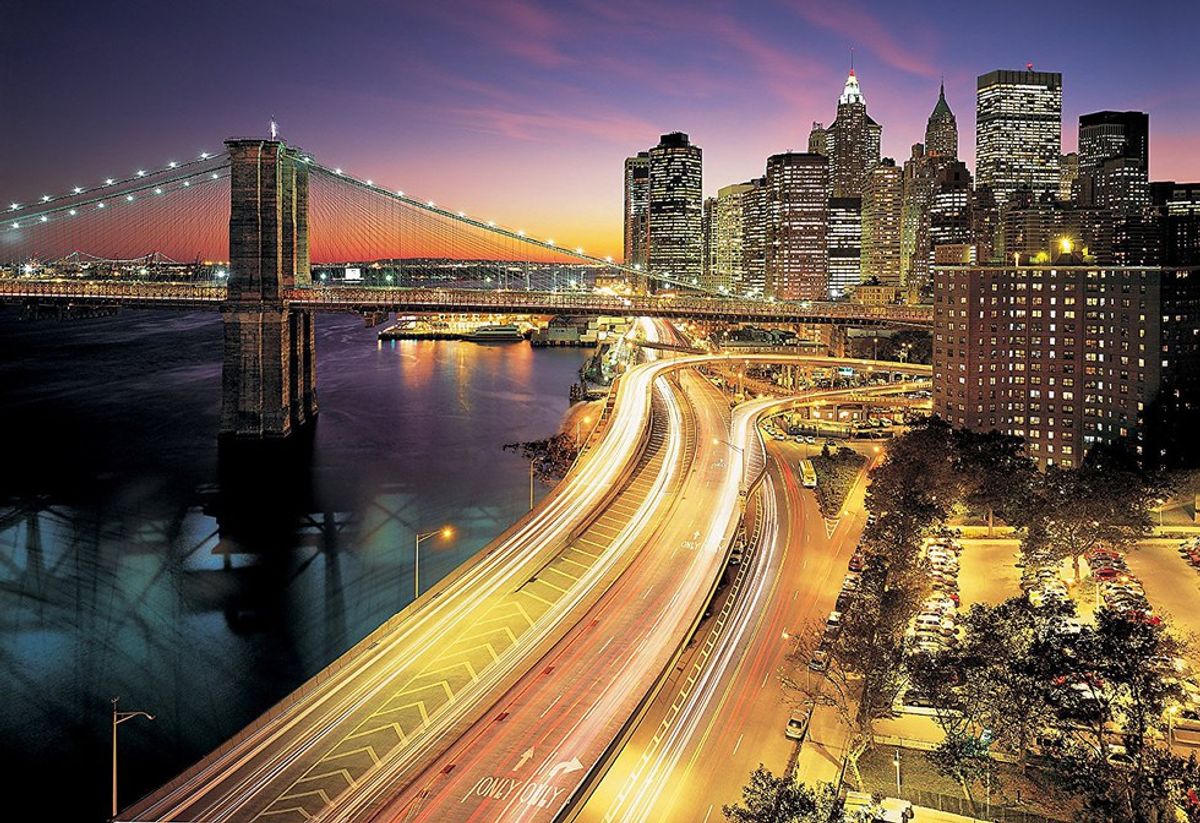 If you read my previous article about me trying to pick out what to wear to this concert, I am happy to inform you that my clothing choice was a good one. I am glad that I didn’t wear something too nice, but instead was comfy.

First, my friends and I sat in traffic for what felt like eternity since my bladder was on the verge of exploding. We finally pulled up to a little convenience store so that I could use the restroom, but the store didn’t have one, so the owner pointed us across the street to a pizza place. My boyfriend and I ran across the street and I used the bathroom while he ordered a slice of pizza because the bathroom was for customers only. The $2.75 that he paid for a single slice was definitely worth using their bathroom. We got back into the car, shared the slice, and then drove to the burger place in the Lower East Side of Manhattan where we were having actual dinner. After we finished our burgers and fries, we got into the car to head to Webster Hall.

We drove around the block like a hundred times and then finally found a parking spot. The line was out the door, so I kept my jacket on because I thought we would be standing outside for a while in the freezing cold. As my luck would have it, we got inside after three minutes. We walked down the stairs and stood on a short line to buy some of the artist’s merchandise. He signed my boyfriend’s newly purchased t-shirt and then we went to find a spot close to the stage to enjoy the show.

It was a small studio, and people were crowding the stage and invading my personal space. I had to take my jacket off and tie it around my waist because it was getting hot. The amount of times that my foot was stepped on and my head was elbowed by excited dudes was ridiculous. Some guy spilled his beer...twice! The bottom of my shoes got all sticky, my purse was wet on the outside, but I was still having fun.

There were three other acts before Spose came on. They were entertaining and one of the other rappers sang to me twice, which was pretty cool. I made it in a lot of the videos and pictures that the performers took. I got a purple guitar pick too and all of this happened before the main act came on.

Finally, Spose came on stage, and everybody was going nuts! I had to keep my elbows out and push some guy, who was definitely blitzed, off of my foot. Spose put on a great performance and he and one of his group members flung water at the crowd twice during one of their songs. There I was: sticky-shoed, wet, and feeling a bit claustrophobic, and then some guy decided to jump off the stage and attempt to crowd surf. He tucked into a ball just before jumping which was a dumb idea because it made it a lot harder for the guys in front of me to catch him. I don’t really know what happened other than I was almost crushed by this guy and I ended up on the floor. My friend picked me up quickly and asked if I was alright.

Even after sustaining several elbows to the head, spilled beers, a few people stepping on my foot, and a large dude basically jumping on me, I still enjoyed the rest of the show. My outfit and shoes were dirty, but it was fine because they weren't anything fancy to begin with. I had fun, and a pretty comical story came out of it all.
Report this Content
This article has not been reviewed by Odyssey HQ and solely reflects the ideas and opinions of the creator.