My Best Friend And Crohn's

My Best Friend And Crohn's

I am so proud of my best friend. 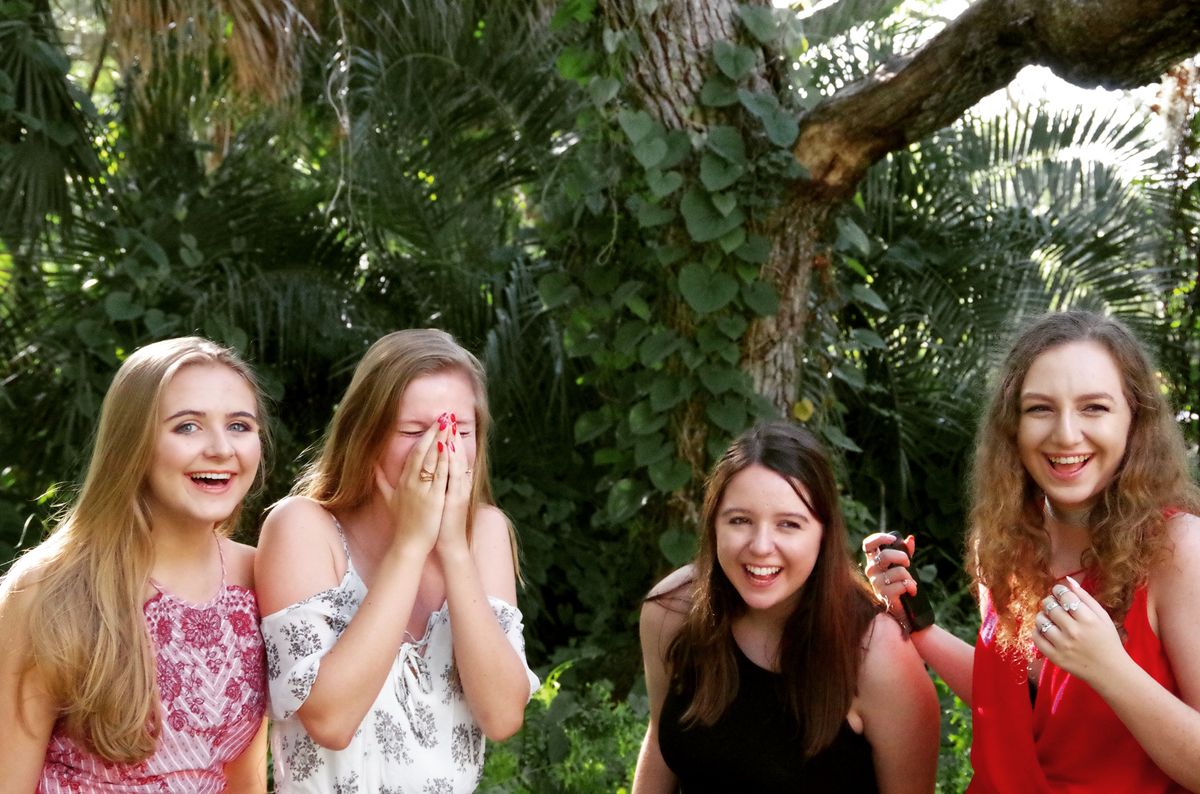 According to Web MD, Crohn's Disease is a rare chronic inflammatory disease that affects the lining of the digestive tract. It causes severe pain in the abdomen and can lead to vomiting and loss of appetite. Crohn's affects approximately 700,000 people in the United States- it just so happened that my best friend became one of those unlucky 700,000.

Olivia and I met in our junior year when I moved to Florida. She introduced herself to me awkwardly on the third day of school, offering me a handshake as a sign of friendship. As embarrassed as she felt after, it was something that made me feel so much more at ease as I transitioned into a new school.

Although we weren't that close yet, Olivia helped me get a job at an ice cream store that she worked at, and a few months later, helped me get a job at a new restaurant that was opening. Once we became coworkers as well as friends, we were practically inseparable, working every shift together and staying after until the kitchen closed to eat our discounted food. Every Friday, we would go to her house after school, make a box of Mac n' Cheese and watch Psych before work. It became a ritual that I couldn't have been more grateful for after being stranded in this new place.

We went to different colleges, of course, her attending Florida Gulf Coast in Fort Myers and me ending up at Villanova, but nothing changed in our friendship. We still talked every day and FaceTimed whenever our schedules allowed for it; throughout the tumultuous two years that I was adjusting to my new home, she was a constant support system in my life, and continues to do so.

In the beginning of our fall semester, she started complaining about a stomachache. Unfortunately, I did not possess a medical degree and had absolutely no clue what was wrong (I did suggest taking Tums, but they didn't do much). The health clinic had no idea what was wrong with her, either.

The first thing I noticed after seeing her for the first time in two months was how much weight she had lost; she had always been skinny, but now her bones were protruding in ways they hadn't before. Seeing this absolutely terrified me; I had no idea what life-threatening issue was plaguing her, and I couldn't do anything to stop it.

Two weeks later, Olivia was hospitalized because she couldn't stand the excruciating pain in her stomach. I visited before or after work as much as possible, and we would watch Impractical Jokers or Pirates of the Caribbean, depending on what mood she was in.

After a week of tests, they diagnosed her with Crohn's disease.

I didn't know much about Crohn's at the time, but I knew how serious it was. Seeing her in a hospital gown with an IV strapped to her arm was one of the most nerve-wracking times of my life. I really had no idea what was going to happen to her, and neither was she; we didn't know how long she would be in there or what test they would have to do that day.

The day before I left Florida to come back to school, she was able to leave the hospital and surprised me at my house to say bye. I really thought I would cry; seeing her walking around in regular clothes after being tucked in a hospital bed and gown for a week was an indescribable feeling.

Today, she is on medication to help ease the pain and is able to go back to life as it was before. She is taking the semester off to focus on her health and she is doing so well; her Crohn's is becoming more manageable and she is making sure to do everything possible to keep it that way. She is so positive about everything and continues to be such a good support system for me. I am so proud of my best friend and am so grateful for her throughout these years.

Let Yourself Be Unapologetically in love