Why Fandom Is The Most Successful Industry In The World
Odyssey
CurrentlySwoonLifestyleHealth & WellnessStudent LifeContent InspirationEntertainmentPolitics and ActivismSportsAdulting
About usAdvertiseTermsPrivacyDMCAContact us
® 2023 ODYSSEY
Welcome back
Sign in to comment to your favorite stories, participate in your community and interact with your friends
or
LOG IN WITH FACEBOOK
No account? Create one
Start writing a post
Entertainment

Why Fandom Is The Most Successful Industry In The World

Everyone is a fan of something. 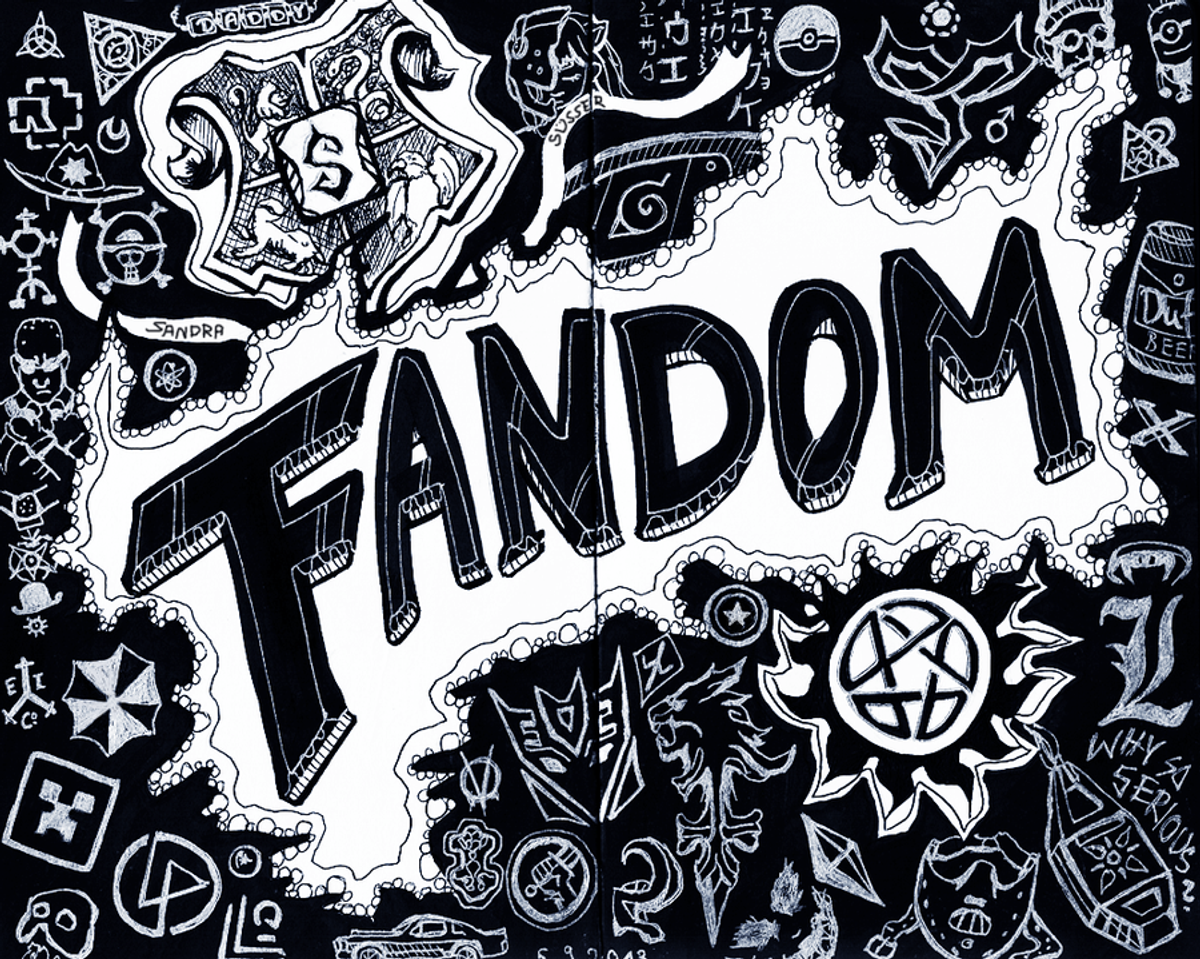 Throughout history, fandoms and geekery of all kinds have gotten a bad rap. Fans have been associated with stunted immaturity at best, and mania and stalking at worst. Often fans are considered over-invested under-achievers with little to no real-world aptitude. This couldn’t be further from the truth.

In fact, I’ll make a bold claim: fandom might just be the most successful industry in the world.

Think about it. In what area of society will you find a massive, diverse, multicultural coalition of geographically widespread strangers all so devoted to the same thing that they will offer hours, days, weeks of unpaid, highly skilled labor simply to promote, expand, and honor it? In what area of society are another group of people so effective at self-organization, or so creative in their innovation?

Consider almost any skilled trade. Carpentry? Find your fans turning particle board into props. Sewing, fashion, and textiles? Check out your fans who create or alter real patterns to create functional versions of some of the most eclectic costumes on the planet. Mechanics and electricians? Swing it on over to your engineering fans who create working wings, robot suits, light rigs, and more. Fans become skilled in prosthetic and costume makeup as well as wigs and hair styling. Fans code, host, and run websites, programs, and apps to connect other fans. Fans draw, paint, sculpt, stuff, and embroider their own fanart or merch. They master prop-making, modeling, acting, and photography to sell their character at conventions. They write music, they make videos, they work as translators, they even transcribe or record written work to audio or vice versa.

Then there’s fanfiction or writing which in some way builds upon or references an existing work. On AO3 (a popular fanfiction site) alone, there are 203,921 fics greater than 17.5k words in length, which is the minimum word count for something to be considered a novella. The longest one right now is 3,617,232 words long and has 213 chapters. That’s more than five and a half times the length of Victor Hugo’s novel Les Misérables—which, for reference, is so thick that fans have affectionately nicknamed it ‘the Brick’ for the size and weight of its tome. In fact, the longest written work of fiction in the English language is a fanfic. It’s still updating. No, not kidding. All of this is written for free, and none of it can be published while it remains online. That’s some serious dedication, kids.

Fan artists, writers, cosplayers, builders, and makers all share one incredible quality of their work: it’s made for pure enjoyment. Some people can make scraps of change off of crafted merch or art or photos, but most profit is prohibited by the copyright on the original work anyways. Fans range from enthused adolescents, scrounging up months of allowance to afford their cosplay, to equally passionate working adults, putting extra hours in around a full-time job. And all of it is for the love of the game.

"But so what?" a skeptic might say. ‘How does any of that contribute to society?’ Well, before I punch your face for suggesting that art does not play an incredible and weighty role in its contribution to the wealth of the human race, I’ll humor you.

Fans don’t just create content for themselves or one another. In actuality, fandoms will often harness their collective power for greater social good. There are countless instances of fans coming together (sometimes with their creators!) to raise money or supplies for the needy all around the world. The Can Town Project organized Homestuck fans to collect canned food supplies for local food banks; Harry Potter fans in the HP Alliance have hosted multiple campaigns, including pressuring for fair trade practices in official merchandise, book drives for underfunded libraries, and more; the Supernatural fandom has spawned a lengthy list of charity projects raising money for cancer, Haiti, or other causes.

Not only that, but there’s an inherent social value in the way fandoms coalesce and come together in the first place. Fan-powered writing has been said to have revolutionized literature as a whole due to its democratic and diverse nature. Because fans all start out on the same page, it is possible for fringe, marginalized, and underrepresented voices and viewpoints to be heard. And most notably, where one might think of fandom as a frivolous font of recreational nonsense, it is first and foremost a community and support system. David Duchovny of the X-Files puts it well when he says:

"[Fandom] takes the place of some of the functions of a church in a small town: A place where people come together, ostensibly to worship something. But really what's happening is you're forming a community. It's less about what you're worshiping and more about, "We have these interests in common." Someone has a sick aunt and suddenly it's about that, raising money to help her or sharing resources to make her life easier. That's what it was about with The X-Files on the Internet."

Every day, fans from all ethnicities, religions, sexualities, backgrounds, genders, classes, and locales channel immense creative and thoughtful effort into contributing to the domain of a work or figure that they find meaningful. When was the last time you mastered patternmaking or wrote an unpublishable novel or built a mechanical arm for nothing more than genuine enjoyment of something that inspires you?

Everyone is a fan of something. It's time to stop disparaging fans for the devotion they put into their work, and start admiring them for being better, more committed, harder-working, and less appreciated than anybody else paid to do the same.

QueenRadhi
The State University of New York at Stony Brook
23