My Experience at Trump Tower!

My Experience at Trump Tower! 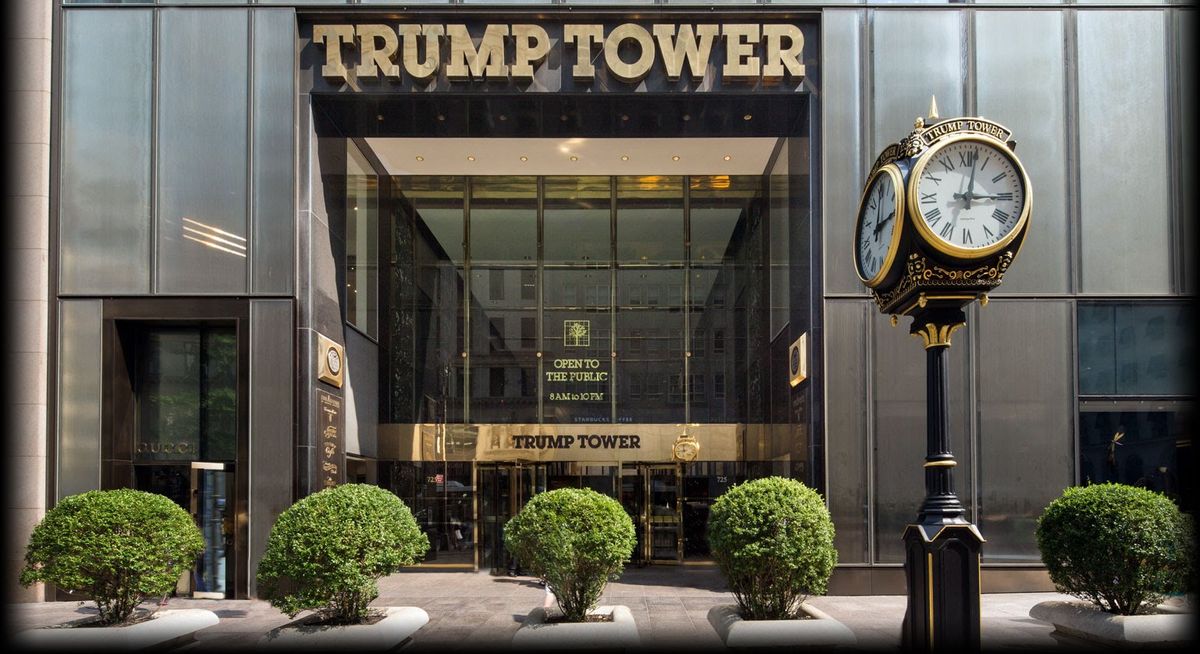 From the Statue of Liberty, to the Brooklyn Bridge, to Carnegie Hall, New York City has it all. Of the three places I've mentioned, I've only been to the Statue of Liberty. I went when I was in elementary school and instantly got a feel for the city and how amazing it was. Yes, that was the first time I've been to NYC, but it definitely hasn't been my last.

Since the Statue of Liberty, I've been down to the city at least five or six other times. I've seen two Broadway shows, been to the 9/11 memorial, been shopping, met one of my biggest inspirations, took a tour of the New York Police Department, as well as other things.

A few weeks ago, I went to the city for an entire week. The trip was for school and it was such an amazing opportunity. Even though the majority of the time, my class was at different businesses and agencies around the city, we did get some free time in the evening. Now, I can say that I've been to the 9/11 memorial again, the United Nations, visited the Wall Street Journal as well as so many other things. However, one of the biggest perks of my entire trip was when my roommate and I went to Trump Towers...twice.

My class left for the city on the morning of March 11th. On the way down, my roommate and I were discussing things that we wanted to do and see in the evening. Things like going to Times Square and Rockefeller Center were brought up. As we got talking more, going to Trump Towers was brought up. After some thinking, we decided to make that our first stop. We were going to get dinner there and live like "Real New Yorkers." However, once we looked into it more, we saw that all of the eateries there closed at four or five o'clock, minus the Starbucks on the second floor. Even though nothing was open, we still decided to go. We arrived there at about 5:30. There was law enforcement in front of the building and when we got in, we had to have our bags and our coats checked. They were all actually very nice to us and welcomed us to Trump Towers. We then headed for the gift shop. I don't think I have seen a more beautiful gift shop in all of my life. Everything seemed perfect. Shirts were stacked neatly, body lotion and soap were aligned, keychains weren't all over the place, and the Trump Sunscreen didn't even look like sunscreen. The gift shop was so bright and everyone working there was so friendly. I felt welcomed there. I ended up buying Trump body lotion for a family member of mine and a Trump Chocolate bar, which tasted like heaven. With the purchase of the Trump body lotion, I received free Trump bath crystals. We then walked around a little bit more and then headed to our next destination.

The next day, we decided to go to Trump Tower again. This time, we were going to eat there! Once my roommate and I got there, we noticed a crowd of people and members of secret service standing near the side of the building. In the middle of the crowd, was the black car with the two flags on it. We assumed it was Melania or one of the kids, but it was still cool to see.

Once we got in, we enjoyed some gelato (7 dollars later). The gelato was probably the best thing I've ever tasted. It was so rich and the lady making it was really nice. After, we went to the gift store again and then headed somewhere for dinner.

Regardless of your thoughts on Trump, Trump Tower is definitely something to see. It literally takes your breath away!