Cignetti Left Elon, But That Doesn't Mean We Won't Beat JMU
Odyssey
Odyssey
CurrentlySwoonLifestyleHealth & WellnessStudent LifeStuffEntertainmentPolitics and ActivismSportsAdulting
ShopOdyssey UniversityAbout usAdvertiseTermsPrivacyDMCAContact us
® 2019 ODYSSEY
Welcome back
Sign in to comment to your favorite stories, participate in your community and interact with your friends
or
LOG IN WITH FACEBOOK
No account? Create one

On Monday, Elon University's Head Coach announced his resignation from Elon Football and revealed that he took a position as the head of James Madison University football. This crushing loss for Elon comes after an Elon win against JMU on October 6, 2018, with a final score of 27-24.

Cignetti went 14-9 in his two seasons with the Phoenix and led Elon to back-to-back FCS Playoff appearances for the first time in the program's history. Cignetti replaces Mike Houston, who agreed to become the coach at East Carolina on Dec. 2 after three seasons at JMU. Dave Blank, Elon Director of Athletics, said, "While we are disappointed with Coach Cignetti's decision to depart Elon, he has helped build a successful program with a solid foundation and we are appreciative of what he and his staff have accomplished. A national search will begin immediately to find the right person to continue our progress."

It is devastating for all the incoming freshman for their college's head football coach to lose him after only one season. My friends and I love attending Elon's football games. Elon Phoenix Pride is something that you cannot find anywhere else; the fire of the Phoenix rages on. I love the atmosphere and environment that I receive from Elon, and that is part of the reason I chose the school.

The last time the Phoenix needed a new leader was nearly two years ago to the day when former head coach Rich Skrosky resigned to take a job coaching at Florida International University. This will make the second time Elon has had to replace their head coach during the holiday season in four years. I hope that for the time next 3 years I am at Elon, we can have a consistent coach.

Cignetti has a six-year agreement to be the new head coach. Greg Madia tweets that Cignetti's deal is $425,000 per year. The Elon Phoenix are losing a beloved coach and our players and peers have something to say about it.

Senior offensive lineman Olisaemeka "Oli" Udoh responds to the news with the hope of a fire that still blazes on... 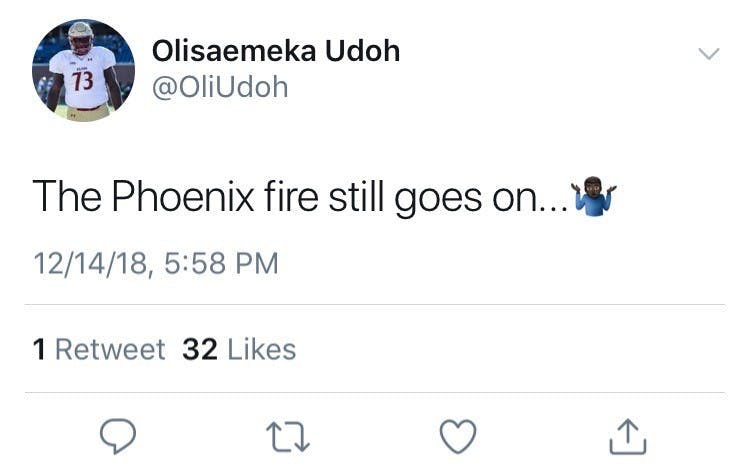 Freshman defensive back Shamari Wingard made his view on the resignation for Elon clear. He promises victory for the Elon Phoenix against the JMU Dukes for the second year in a row, against his former coach. Elon Football remains strong despite the loss of our head coach, and we will remain victorious. 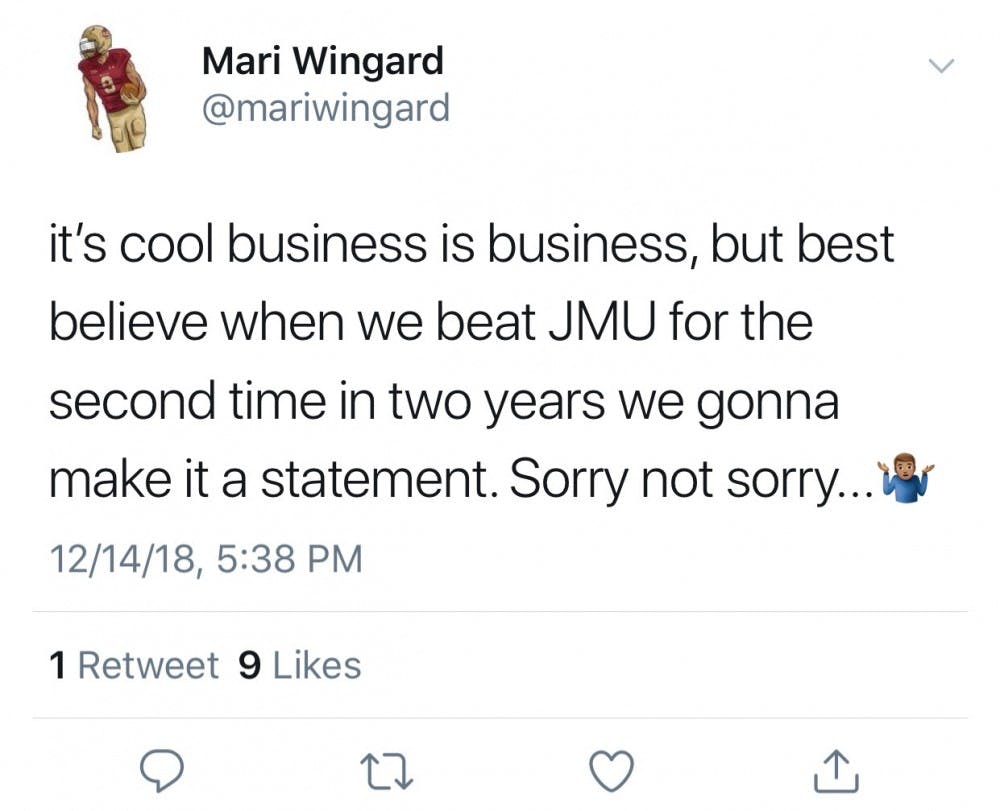 Football is a fast-paced game of action that could change on any single play. The anticipation of a game-changing play always keeps fans on the edge of their seats, waiting for the moment to jump up and explode with energy. The Elon Phoenix is no exception. Our school pride is shown through our Phoenix Phanatics, the student "cheer" team for Elon University Athletics. The disappointment that my fellow peers expressed with the announcement of the news of Curt Cignetti's resignation shows how united we are as a community.

No matter what happens, the fire of the Elon Phoenix continues to blaze.

To The Pride of Paulding Marching Band, I Promise To Be Your Best Servant Leader

Anthony Davis Is The Piece The Lakers Need

Don't Be the Problem: Finding Middle Ground and Bringing a Title Back to Titletown