Drama on Odyssey: The Settlement

Drama on Odyssey: The Settlement

Be careful what you say in court... It could come back to bite you. 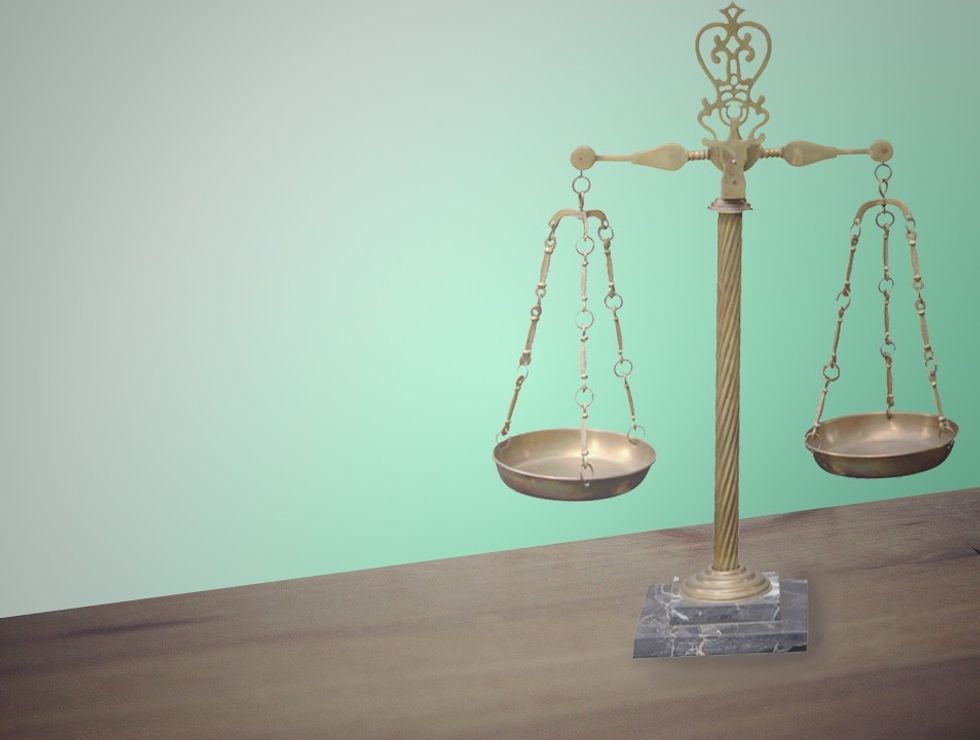 Setting: A futuristic boardroom, with a table facing vertically toward the audience in the middle, lined with chairs on all end.

VALENTINA: I'm a little scared to find out what this is all about?

ODETTE: Maybe Petra's finally settling, probably after things got kind of intense during the trial yesterday. Still, next time, just let me do the talking. That's what you're paying me to do.

VALENTINA: I couldn't help it. I wasn't exactly going to let Lucretia call me an ungrateful brat, when she clearly also had skeletons in her closet.

ODETTE: That's true. I kind of wonder why you married her in the first place, being that you knew what her reputation was like.

VALENTINA: I mean, she stayed faithful to her first husband, and true to the, erm, arrangement she and her second husband had. And I know she's not all bad. She was actually very kind, very... good for lack of a better word. I mean, she clearly wanted me from the start, but she definitely wouldn't have sold my invention too if she thought nothing of it, and she never forced me to do anything.

ODETTE: Yeah, unfortunately. Even when I tried to grab some character witnesses this morning, they sang her praises. Even the old lovers. It's just not fair. Whatever Kincaide wants, let's hope it's nothing that will make my job harder.

AURELIUS enters stage left and sits in an empty chair without so much as a greeting. He is clearly displeased as he digs a tablet out of his satchel.

ODETTE: Erm, good afternoon to you too, Kincaide.

AURELIUS: I would definitely not call this a "good" afternoon, Ms. Saturn. We have something serious to discuss.

VALENTINA: Where is Lucretia? Shouldn't she be here? I know I'm not a lawyer, but I don't think it's kosher to do any talking without both of us here.

ODETTE: (Annoyed) It's not exactly kosher to have the ex husband as representation either, but here we are.

AURELIUS: (Indignant) Regardless of whether we were married or not, I'm still Lucretia's lawyer. And as for her whereabouts, I think you'd know that after the little quip you made.

VALENTINA: You mean about her mother and how they were alike? That they cared about nothing but money and sleeping around? Look, I-

ODETTE: My client was merely stating a fact. From all we've heard-

AURELIUS: I don't think I was talking to you, Saturn.

VALENTINA: What do you mean, I would know? Where is she?

AURELIUS: That little comment got to her deeply, to put it lightly. As we speak, she's on a psych hold. Do you know why? (Trying harder to keep his composure) Do you know why, Valentina, that she's in the hospital? Do you know what I found her trying to do?!

ODETTE: She's in the hospital because of something Val said? Are you kidding me? What a drama queen.

AURELIUS: She knew. Your client was FULLY aware of her difficult past with her mother! I know firsthand that Rowena Petra was nothing but a selfish, gold-digging harpy! Lucretia is nothing like that!

ODETTE: Well, if she's such a saint, why did YOU leave?!

AURELIUS: For your information, I never "left."

VALENTINA: *Aside* It's true. He never left. Even when he should have.

AURELIUS: Valentina, if I had my way, I'd press charges for reckless endangerment and wouldn't stop until you're walking the green mile. Fortunately for you, I don't have my way. (He hands the pair his tablet) This is the final offer for settlement.

ODETTE: Wha... This? This isn't even a fraction of what we asked for!

AURELIUS: I'd consider it pretty generous after all that's happened, especially the circumstances of your leaving in the first place. You can't make a marriage work if you can't deal with hard times. I've seen this for the past 30 years and people never learn! And it's more than often people your age. I thought you were better. I thought you were more mature, but it appears that we were both wrong. Are you taking it?

ODETTE: Don't take it, he's just trying to intimidate you?

AURELIUS: Am I? Well, you could always listen to your friend born straight out of law school and keep contesting. You could. But, I don't think that's a good move on your part. I'm not as nice as my client. If you fight this, I will certainly chip away at this settlement until you're left with nothing. Not only that, but I could let it get out about what happened here.

ODETTE: That's blackmail, you can't do that. Come on, Val, you can't be taking him seriously!

AURELIUS: But really, like you said, Ms. Saturn, her word against mine wouldn't be a fair fight. Now, what will it be?

ODETTE: Valentina, no! He-

VALENTINA: Yeah, I'm pretty sure he means it... I'm not risking my rep this young... Besides, I didn't mean it, I was angry, I was stupid. I wasn't... thinking straight. I didn't want for this to happen to her.

AURELIUS: Good choice. But... It's a pity you didn't realize "not thinking straight" was good enough until now. Goodbye.

VALENTINA: I told you it was a bad idea to take my case.... He's a seasoned pro.

ODETTE: A slimy seasoned pro. I have half a mind to have him arrested for what he just pulled.

VALENTINA: Yeah, well... After all this, I wouldn't hold my breath.

VALENTINA gets up and exits stage right.

As Someone Who Struggles With Anxiety, I Cannot Stand It When People Say 'Calm Down'