No, I’m not a grinch or a scrooge. I’m just a member of the LGBT+ community that is tired of seeing my community suffer at the hands of organizations that are supposed to help us. 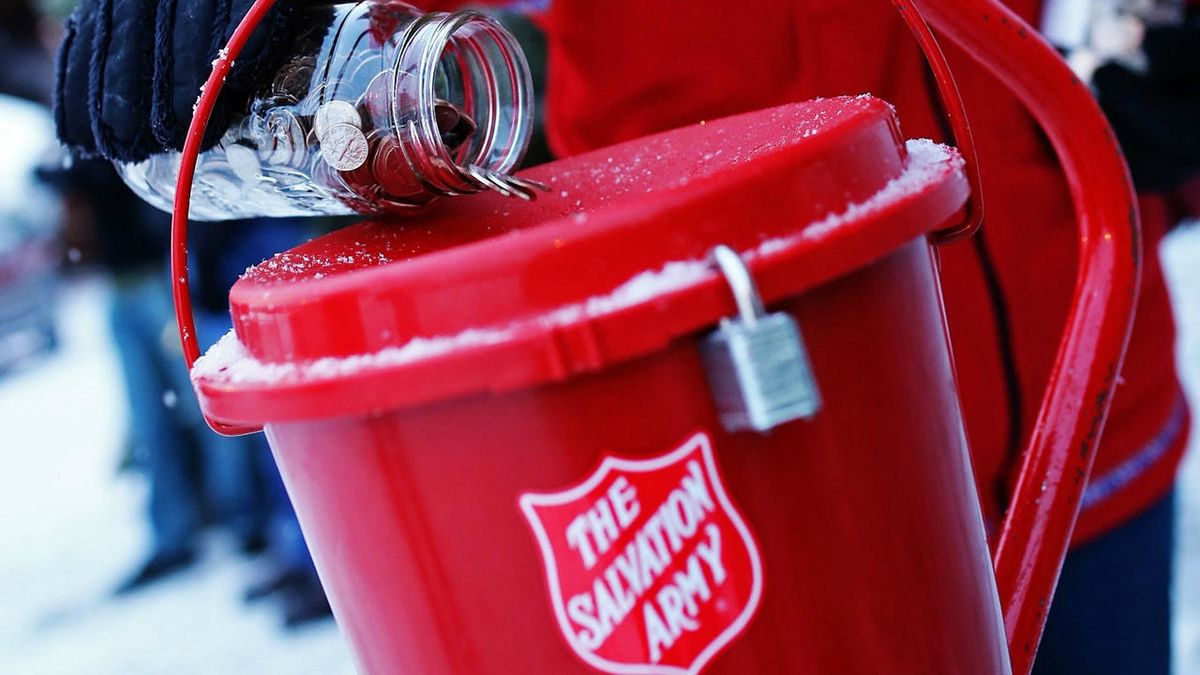 The holiday season is upon us, bringing mall Santas, twinkling lights, and the well-known bell ringers with their red buckets stationed outside busy department stores.

The Salvation Army is a mainstay in the memories of our childhood holidays. I remember a number of years where my parents would give each of my sisters and I a handful of change to put in the shiny red bucket as we walked into Wal-Mart to shop for our family Christmas dinner. On the surface, the Salvation Army is an organization with good intentions of helping the less fortunate, especially during the holiday season.

However, a quick Google search exposes the organization's discriminatory practices.

The Salvation Army is a Protestant Christian denomination and an international charitable organization. Their mission statement, as stated on their website, reads: “The Salvation Army, an international movement, is an evangelical part of the universal Christian Church. Its message is based on the Bible. Its ministry is motivated by the love of God. Its mission is to preach the gospel of Jesus Christ and to meet human needs in His name without discrimination."

Despite their insistence of nondiscriminatory practices, however, there have been several instances of discrimination, specifically against members of the LGBT+ community. In July 2017, a Salvation Army Adult Rehabilitation Center in Brooklyn, New York, was found by the New York City Commission on Human Rights (NYCCHR) to be discriminating.

Three other centers in New York City were also cited as being discriminatory. Violations within the four centers included refusing to accept transgender people as patients or tenants, assigning trans people rooms based on their sex assigned at birth instead of their lived gender identity, unwarranted physical examinations to determine if trans people are on hormone therapy or have had surgery, and segregating transgender patients into separate rooms.

The NYCCHR had been tipped off about the mistreatment, and testers from the commission went to the cited centers and found clear evidence of the mistreatment. One of the clinics told the testers outright, “No, we don't [accept transgender patients]." Another clinic's representative said, “People with moving male parts would be housed with men."

This isn't the first time the Salvation Army has discriminated specifically against transgender people. In 2014, a transgender woman from Paris, Texas fled her home due to death threats she received related to her gender identity. The police told her, “Being the way you are, you should expect that." She went to Dallas and found emergency shelter at the Carr P. Collins Social Service Center, run by the Salvation Army.

The emergency shelter allowed her to stay for 30 days. Towards the end of her 30-day stay, she began looking for other long-term shelter options. One option many of the other women staying in the shelter had recently entered was a two-year housing program also run by the Salvation Army. When the woman interviewed for the program, she was told she was disqualified for the program because she had not had gender reassignment surgery.

The counselor for the program later claimed there was a waiting list, but it came out that two women who arrived at the emergency shelter after the transgender woman had already entered the program. The transgender woman filed a complaint with Dallas's Fair Housing Office, which protects against discrimination on the basis of gender identity. She was able to find other housing through the Shared Housing Project, a project that aims to find transgender people with housing who are willing to support those without.

The Salvation Army's Christian affiliation drives the organization's statements and beliefs. The church has a page on its website dedicated to its decided stance on the LGBT+ community that seems to paint a nice picture. Their actions, however, tell a different story.

There have been several accounts reporting the Salvation Army's refusal of service to LGBT+ people unless they renounce their sexuality, end same-sex relationships, or, in some cases, attend services “open to all who confess Christ as Savior and who accept and abide by The Salvation Army's doctrine and discipline." The church claims it holds a “positive view of human sexuality," but then clarifies that “sexual intimacy is understood as a gift of God to be enjoyed within the context of heterosexual marriage."

This belief extends to their staff, asking LGBT+ employees to renounce their beliefs and essentially their identity in order to align with the organization. The Salvation Army believes that “The theological belief regarding sexuality is that God has ordained marriage to be between one man and one woman and sexual activity is restricted to one's spouse. Non-married individuals would, therefore, be celibate in the expression of their sexuality." Essentially, gay people can't get married. Unmarried people can't have sex. Therefore, gay people are forbidden from being intimate with one another. This is unfair to ask of any employee, especially considering that one's relationship status does not interfere with how well anyone can do their job.

If you are still looking to donate to a non-homophobic and transphobic organization this holiday season, here are some great pro-LGBT+ organizations with outreach similar to that of the Salvation Army: