Don't Date Him Because You "Should" Like Him
Odyssey

date him because you loooOO000veee him 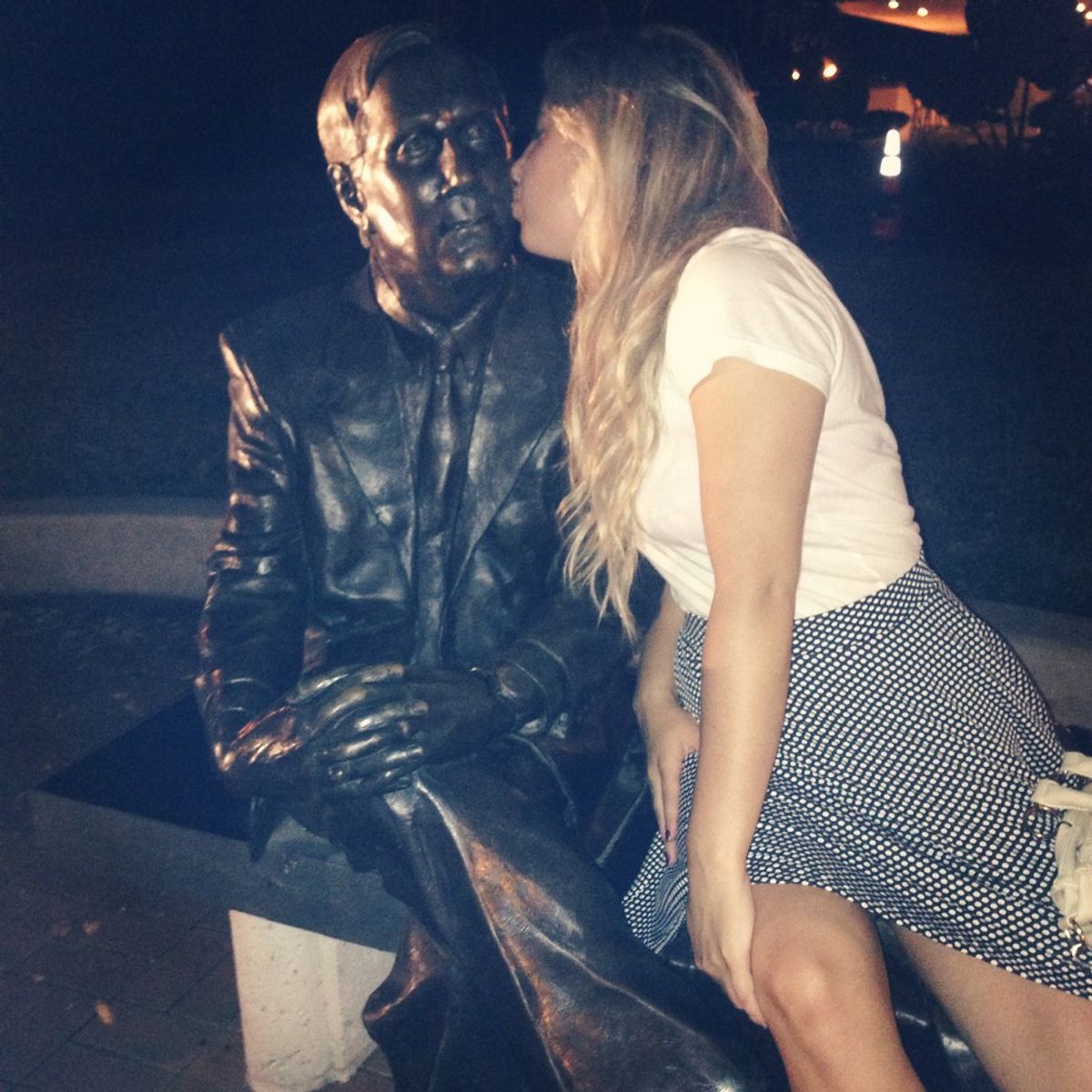 I used to have a nasty habit of dating for the wrong reasons. Sometimes I would just be bored and lonely, and I knew how to play the game. I knew how to get a boyfriend and I would. Those relationships usually lasted about a month because I'm not great at acting like I like someone when I don't. Other times, I would date a guy because I "should" have liked him.

You know the type. He has a job and a car. He's pretty cute, he's this and that and the other thing. He's nice- so nice. He's sort of funny and a little quirky. He has good grades and he seems to have a good head on his shoulders. And he really likes you. Like, I mean, really likes you. How could you NOT like him?

If you're anything like me, you'll start to convince yourself that you do like him. You don't want people to comment on how dumb you are for letting "such a great guy" go. My favorite is "you should at least give him a chance!"

A few things will happen when you start to try and convince yourself you like him. You can't pay attention to him and don't really care to. You'll find excuses to get out of Facetiming or hanging out.

You'll find yourself more annoyed than anything. If he's anything but happy- you'll be annoyed, not concerned. And actually, when he's happy, you'll still be annoyed. The decent human in you will tell you to ask what's wrong and give advice accordingly, and you'll do it. But still, you'll find yourself just generally annoyed with him. Worst of all, you'll get mad for little to no reason. Anything that can start a fight, will.

Those three things alone make for a miserable relationship. You can't be with someone that you don't want, and you can't convince yourself to want someone.

The only person you should be with is the one that makes you feel comfortable- like you finally found home. You should be able to wake up two years into the relationship and be just as excited to see them. Little butterflies should fill your stomach every time their name pops up on your phone and you shouldn't be able to kiss for so long without breaking a smile. Your relationship should be your rock.

When you're meant to be with somebody, you'll know. Not to say it'll be easy or that things won't get crazy, but you'll just know. You'll find yourself loving them in any way you can-whether it be a prayer they don't know about, or a text asking if they're doing okay.

The only way I can attempt to describe it is this: Loving someone is waking up at 3 in the morning because you have an idea on how to make their life a little bit easier. It's walking through the mall and wishing you had an extra $50 to throw because they would look awesome in that sweatshirt. It's a sinking feeling in your stomach any time someone mentions them with someone else (past, present, or future). It's the fear that you won't make them happy enough. Loving someone is praying for them even when you aren't on great terms. It's looking out for them, or standing up for them, when they don't know about it. It's waking up and wondering how they slept. It's making sure they ate enough. It's nagging them because you know they can do better.

Wait for that feeling- it's worth it. Just because someone has an impressive "dating resume" doesn't mean that your souls will vibe off of each other.

And if you had that feeling, and you let it go, be extremely careful. It can be hard to go from something so strong to nothing at all. The temptation to get into another relationship just to have something can be tough. But if I could give you any advice, suck it up. Let it be tough. Not only does it suck to be in a half-assed relationship, it sucks to do that to someone else. It's never worth it.

Just because you "should" like someone, doesn't mean you will. It's not okay to date because you're bored, lonely, trying to get over someone, or "because you should". And it's okay to go months, or years, without liking someone. Don't force it, boo. Stay cool.