Do I Belong Here?

Do I Belong Here At UCLA?

I lost a lot of things so far (my sanity, a few brain cells, ink in my printer and thousands of dollars to name a few) but still had something—my self esteem. 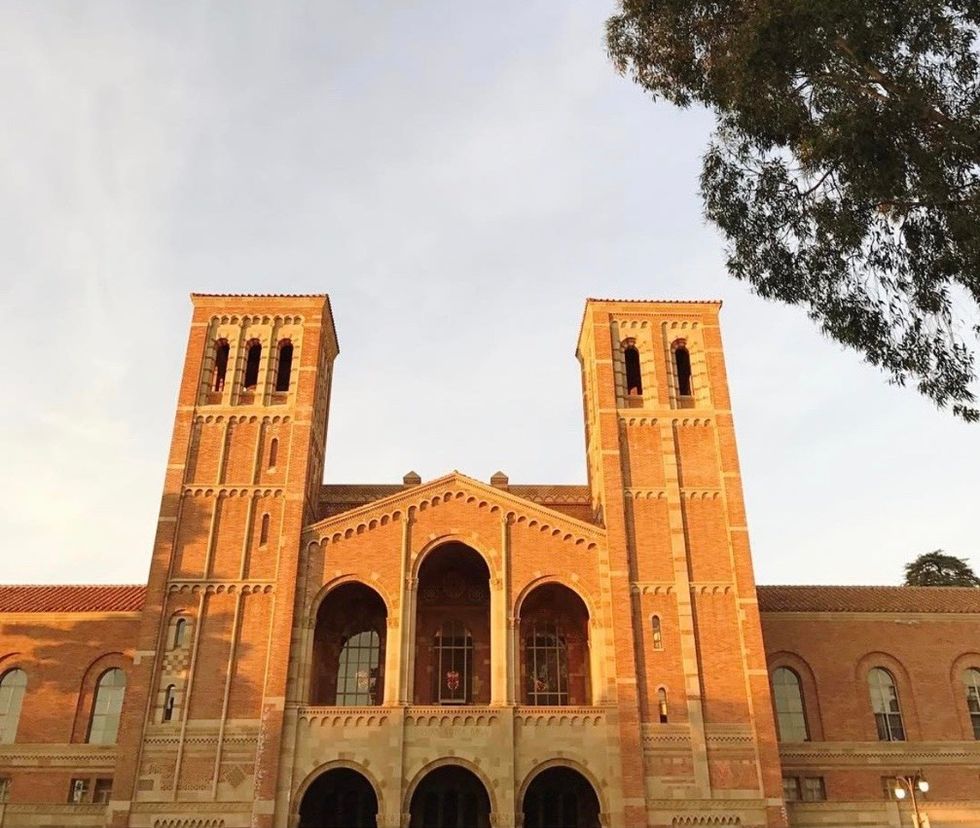 Way back in high school, late March—around the time when college acceptances were given out, there was a huge buzz going around about who got accepted, who got waitlisted and who got rejected to their dream schools.

As still the "new girl" who had applied to barely any schools (I had moved from Connecticut the middle of my junior year), it was an unusual process for me. I thought Cal States weren't prestigious enough, UCLA and Berkeley was too competitive, USC was too expensive and UC Irvine/Riverside were a waste of money unless I waited two years to be eligible for in-state tuition. It felt weird trying to apply to schools back on the East coast when I had just moved out to California, so I didn't even bother.

I got rejected to UCLA at the time, which wasn't a huge surprise—just about everyone in my senior class did too. Even those who everyone thought would have a chance at getting in, ultimately didn't and had to settle for their "safety" schools such as UC San Diego, Irvine and LMU. One of the smartest kids in my class got a flat out rejection from UCLA despite boasting a near perfect math SAT score. Obviously, if he didn't get in, how do you expect someone like me to get in?

Fast forward to now. 2019. BruinCard in hand, I roam around North Campus, walk up Janss Steps, hang out at Westwood Village and type away on my computer at some random corner of Royce Hall in between lectures.

How I got here still seems surreal. How did I go from graduating high school as a straight B student who ditched class on a regular basis to handing in 15 page papers and studying for a degree in a subject which I had zero passion about four years ago??

As one would expect, my first quarter at UCLA was a total chaotic mess. The I-Have-No-Idea-What-I'm-Doing type of mess where you're smiling on the outside but painfully dying on the inside.

Socially, I honestly just felt like an outsider. I felt as if I wasn't smart enough to belong with the “smart kids". But at the same time, I wasn't the cool/outgoing type to join a sorority and go to some top tier frat party every week. I was just average.

It was hard for me to feel accepted because I didn't know how others would perceive me. How others might judge me simply based on what my major was or the fact that I didn't attend UCLA beginning my freshman year—I transferred in.

I'll never forget the time a TA asked all transfer students to "raise their hand" at our first discussion section to shamefully single us out.

Or the time a professor commented how my writing style was a bit unusual since it lacked a certain structure and my thoughts were rather sporadic, hence the big fat C on the first page of my essay.

I couldn't help but stare at the mass of students rushing by me in their UCLA sweaters swinging around their trendy hydroflasks to ask myself: Do I belong here??

With that realization, I constantly tossed and turned every night, ugly cried about the overwhelming stress of trying to balance academics, work and my social life and anxiously submitted assignments knowing they would eventually be teared apart or perhaps even laughed at by the professor and his TA.

I contemplated about dropping out. During my hardest moments, I seriously considered it to be one of my options.

But it turns out that although I lost a lot of things during my time here so far (my sanity, a few brain cells, ink in my printer and thousands of dollars to name a few) I still had something—my self esteem.

I still had the confidence to own up to what I was capable of, and realize how far I've come from my high school days. Sure, I might never have the type of intelligence and the impressive test scores as the math prodigy kid from high school did but I worked hard to earn my place at UCLA.

I didn't take some one way golden ticket to get here. And I'm not simply going to graduate by waltzing through my classes and giving up on essays just because of that one professor who thought my writing sucked. I'm not going to hide under a rock to avoid making friends—I'm going to get out there to join clubs and even start my own student organization to meet new people and make the most out of my time here.

If any of you reading this are experiencing what I'm going through—just know you are not alone. You are not the only person at UCLA (or whichever school you attend) who feels isolated. You might feel as if you're not good enough or that you just don't belong. But you can't force yourself to become a genius overnight or magically pass all your exams and ace those papers. You can't become friends with everyone on campus or make all the professors love you.

You know what you can do? Take advantage of the situation like I did to truly realize your capabilities. Understand how far you've come to get where you are now and never take that for granted.

You become what you make of yourself. So the next time you want to wave that white flag of defeat, think again.