Will the polarization and downfall of American society and politics be our legacy? 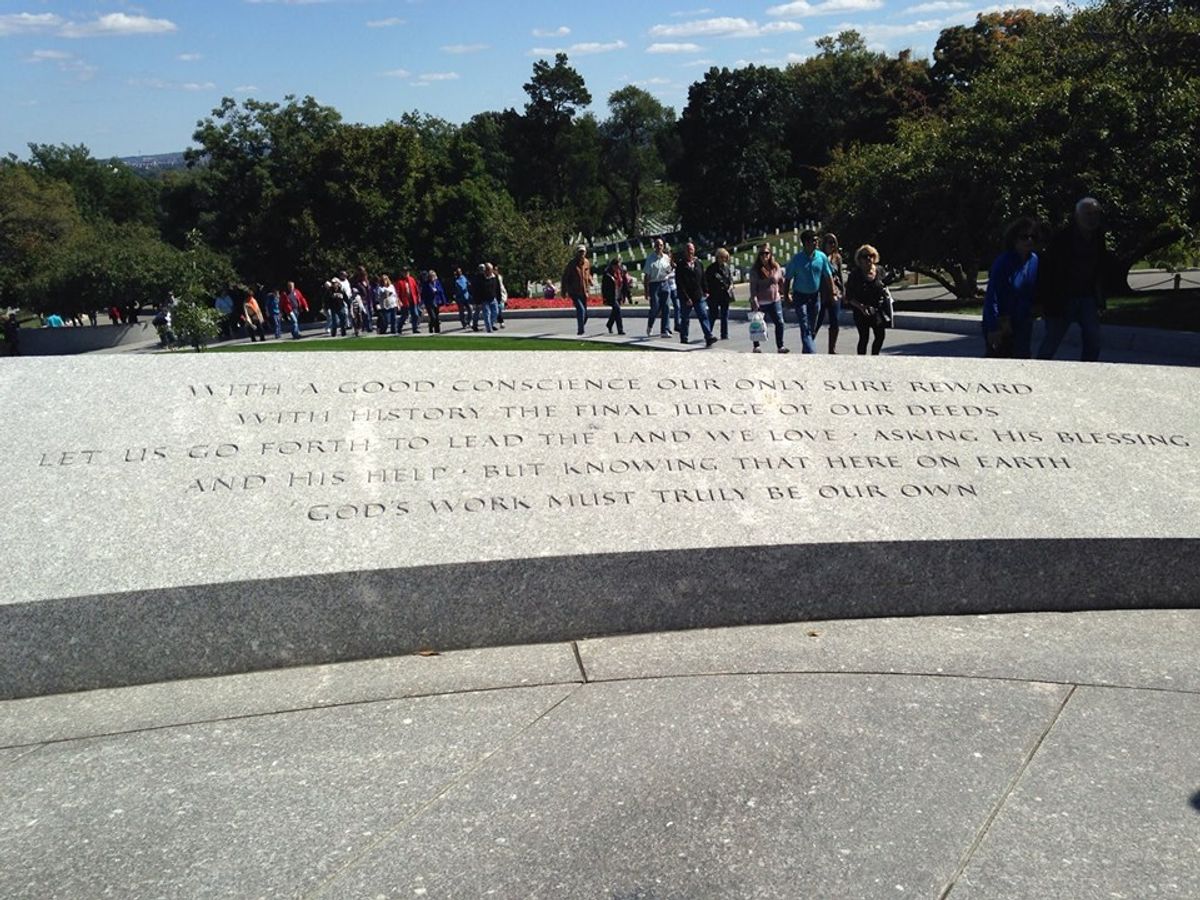 Simple morning coffee is interrupted by bombs exploding and riots in the streets.Unspoken words, the wailing of sirens, and the deafening echo of breaking hearts surround us. Mothers weep over their children’s graves. The cloud of fear smothering the future is tangible. And through the chaos, the pain, the noise, we manage to stop and ponder; how did we get here?

Unity has been a theme that our nation has forever held dear, but recently the flaws encompassing humanity have been amplified and the subsequent unrest that has followed leaves little room for comradery. The atmosphere of unity that America once held has been corrupted by greed, violence, and polarization in several areas of American culture.

Once upon a time, it was possible to be different from and still hold respect for other individuals, or at least hold civilized discourse. I’m not just talking about political differences – we’ll hit that in a minute – but any sort of opinion. There’s a difference between disagreeing with someone and being disgusted by them. We have the opportunity to be exposed to multiple opinions and limitless information, and we instead hoist a banner of superiority and proclaim that a differing opinion must surely be wrong. This disruption of conversation has turned the art of communication into a mess of colliding monologues.

Beyond the recently determined divisive nature of differing opinions, the radicalization of most everything has furthered the polarization in America; by most everything, I really mean a broad array of topics and stereotypes. If you’re a modern feminist, your idol is expected to be Beyoncé and “you hate men”. If you’re a young man, you should join the “fight” against old fashioned standards of masculinity. If you’re a young adult, you need to be “unique” and “alternative” to stand out. Furthermore, the push for individuality in America has resulted in an ironic stereotype of what it means to be “unique”; there’s a sense in which wanting to stick to what the norm has been over the last few decades instead of climbing aboard whatever the latest trend may be is either offensive to one’s generation or merely boring. In so many areas of life, being “mainstream” is just not enough. But I’m not hating on hipsters; don’t get offended – yet.

When I think of division in America, the first topic that comes to mind is the dreaded arena of politics. Particularly in regards to this upcoming election, there has been seemingly everything but unity in our nation. The lines between being someone’s opponent and someone’s enemy have become blurred. People are being assaulted, attacked, and fired from their jobs due to candidates they support. Students on both sides of the aisle are being censored on high school and college campuses for speaking their minds and asking questions. Having the ability to participate in politics in our nation is a privilege we far too often take for granted, and it’s an opportunity that should not be forgotten.

What once was a country that could live by “United We Stand” is at risk of losing all it has ever known. America is the most polarized it has been in a very long time, and the dreams I – along with countless others in my generation - had as a child have been tainted with fears and uncertainty.

We have seen that if we cannot live as brothers and sisters in America and spark a revival of the unity America once knew, we will continue falter.

We are at a turning point in our time. Will the United States of America stand united or fall divided? What will you do to decided our future?

There are some simple answers to the questions at hand. First, be educated. In a time when opinions are everything, it's not enough to just believe something. Know why you believe it. Secondly, grow a backbone and grow up. Disagreeing with someone has nothing to do with your value or your relationship with that individual, whether it be over the election, Pumpkin Spice Lattes, or Harambe; there's no reason to tuck your tail between your legs and start crying when someone with a different brain and life experiences has an idea that differs from yours. Furthermore, keep an open mind. This doesn't just mean respecting what someone else says, but take it to heart. You may not agree in the end, but there is nothing wrong with gaining perspective. Additionally, don't be afraid to admit you are wrong. Facts don't care about your feelings. If you are wrong, take it with grace and humility and move on. Finally, learn to love. There is a lack of unity because there is a lack of love. We are all flawed humans and souls with stories, so fall in love with the imperfections of humanity and fill one another's gaps.

Some may say there is no cure for the divide that separates our nation today. Frankly, that may be true. Even so, I want to challenge that belief. Embracing the concept of unity and gracious relations in the United States may turn argumentative monologues into productive discussion once more, and the revival of comradery and courage in our nation may unite our states, people, and world again.

Stand strong, America, and stand united, lest we fall divided.