Defining Ourselves By Ourselves 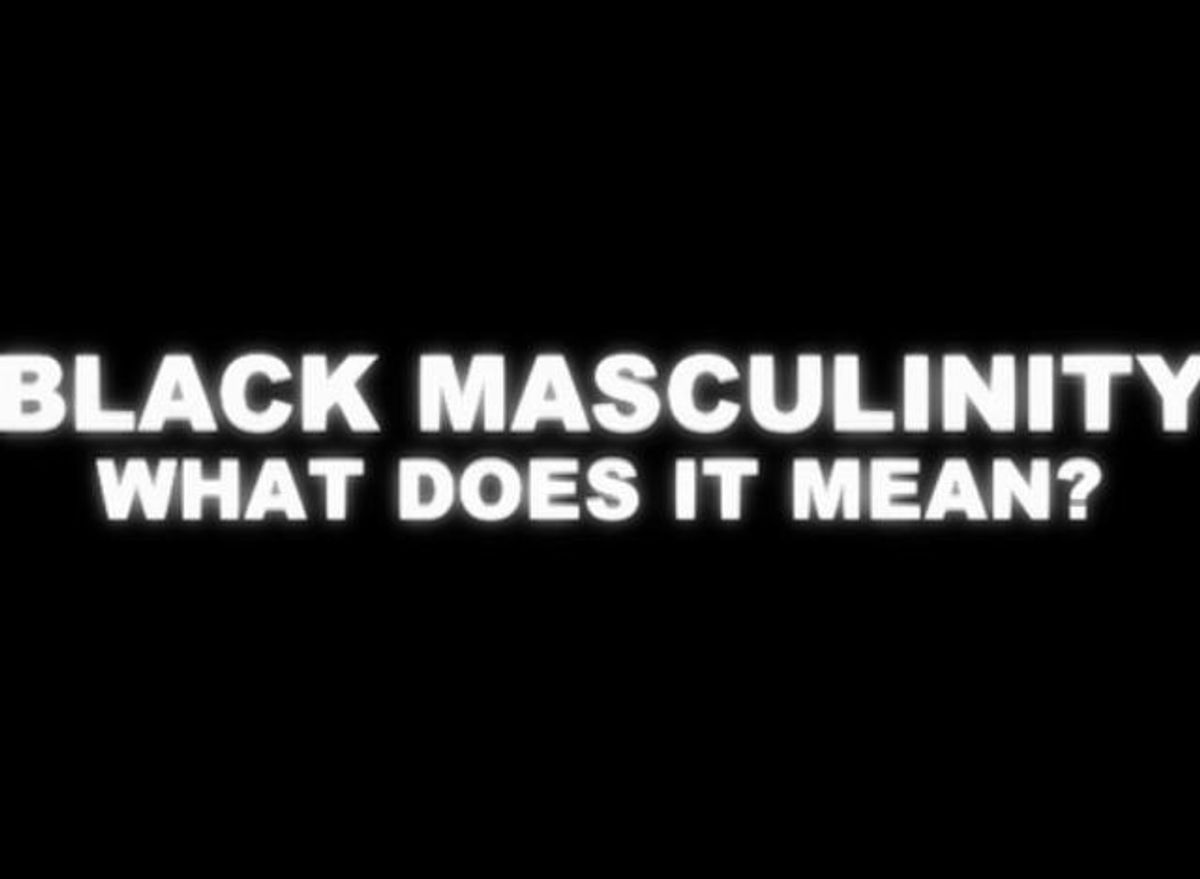 “For Black women as well as Black men, it is axiomatic that if we do not define ourselves for ourselves, we will be defined by others- for their use and our detriment”

There are mixed emotions surrounding Black masculinity, white people who fear it, and many African Americans who worship it. In addition, the hip-hop culture romanticizes certain aspects of the black male culture. Whites are in fear that their communities and culture are being tainted by the polarizing image of Black masculinity that pervades throughout America. As a result, the media portrays Black men as violent, hypersexual, and incompetent beings. It is proven that the media unjustly frames their news stories to sympathize more towards whites and less for blacks. “The average stories featuring Black victims was 106 seconds long; those featuring white victims, 185 seconds long.” This causes society to unfairly see Blacks as the aggressor oppose to the victim. On the opposite end of the spectrum, the Black community has a narrow minded definition of Black masculinity. If a Black man does not have views, values, and morals that align with the Black community, parts of the Black community are quick to label them as sell-outs. For example, the quarterback of the Seattle Seahawks, Russell Wilson, has received a lot of scrutiny for being “white washed”. The media and some of his teammates said that he has caused turmoil in the locker room because of his white character traits. The Black community is quick to ostracize another member of the Black community because of their differences.

Hip-hop culture also has a strong influence on behavior for anyone outside of the Black culture. Instead of hip-hop giving Black masculinity a negative image; the music should present itself in a more positive manner when it pertains to the Black community. The American culture loves to romanticize with the misogyny, hyper-aggression, and drug use that hip-hop uses to portray Blacks. Many hip-hop fans romanticize with the black hip-hop culture, but nobody likes to address the issues that underlie the most prevalent hip-hop topics.

These portrayals and perceptions of Black masculinity have made society see Black men as undesirable beings. Society has the overall perspective that Black men are irresponsible in regards to family, well-being, and positions of power. Society expects young Black men to be delinquents and commit crimes. It also seems that Society expects Black men to be emotionless-hardened beings and if they are anything less, they are considered to be feminine. But Black men don't fit in a particular archetype. Society shouldn't already have predetermined expectations of what it means Black to be a Black male.

Black men have a tricky job of balancing their black masculine representations in order to adhere to everyone’s opinions and concerns, while still expressing their blackness. Besides Black pop figures and Black athletes, Black men have to align their Black masculinity with white America’s viewpoint of a so-called “acceptable black man”. If a particular Black man is unable to align his Black masculinity with what white America’s expectations, he will seldom see success in corporate America. A prime example of this is Hampton’s Business School and Morehouse’s dress code requirements. These institutions require their students to dress and look according to white society. They require this because they do not want their Black students to be misinterpreted as a threat to white society. Black men are expected to conform their Black masculinity if they want to see success in this white world. But if they drive their Black masculinity so far away from the stereotypical Black culture, the Black community deems this unacceptable. So there is this perpetual struggle of a Black man trying to make it in white America while staying true to their roots as well.

As a Black man, it is important to define our Black masculinity as a positive, not a negative. Unfortunately, Black men and even Black women are stuck with the burden of living in a system that was not made for them. If Black men want to see more success in this white society, it is going to be imperative to define Black masculinity on our terms and nobody else’s, for the next Black generation.